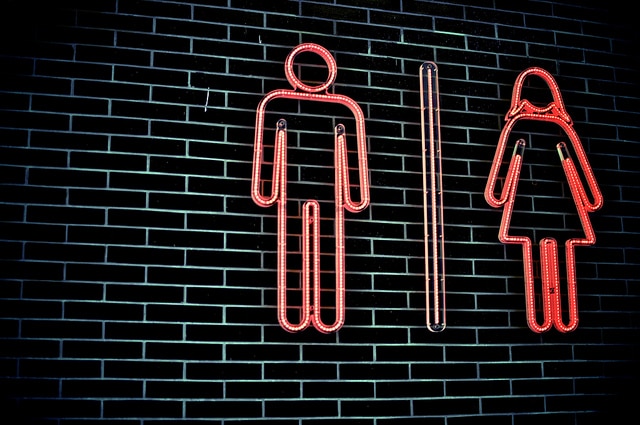 The first transgender person I knew who decided to go through a physical transition was a 35-year-old living on his own. He had been kicked out of his parents’ home as a teenager and didn’t have much of a support network in San Francisco. On the other end of the spectrum, my friend’s son just started hormone therapy. He has a supportive mother and attends a trans-friendly high school. While these two people may not seem to have much in common, they will face many similar struggles. Difficult access to health care, social stigma, and stress associated with long-term coping as a transgender individual can all make the road to a physical transition a long and bumpy one.

Psychological support for those undergoing physical transitions can take on many forms, but one understudied and potentially powerful way to assist transgender individuals is with psilocybin assisted therapy. Although psilocybin is not currently being studied for use with transgender issues, it shows great potential as tool to ease some of the many challenges associated with a physical transition.

Throughout history, psychotherapy for gender identity disorder (now known as gender dysphoria) has changed drastically. Previously, therapy concentrated on ways to help patients conform to traditional gender roles and fit in with society. Now, the focus is on deconstructing traditional gender roles to help individuals define their own gender. But it can be difficult to challenge gender definitions one has been exposed to since birth, and this is where psychedelics could help allow people to explore more fluid concepts of gender.

Many say psychedelics expand their minds and open them up to new ideas. While this aspect of psychedelics has been utilized in therapeutic settings, experts still don’t know exactly why psychedelics break down social constructs for many people. Originally, many experts thought psychedelics worked by activating more areas of the brain, which allowed people to process information faster and experience more acute observations. But recent research has shown that psychedelics such as psilocybin actually work by depressing activity in key parts of the brain that control emotional regulation, cognitive processing, and introspection. In other words, psychedelics may temporarily turn off the part of your brain that has learned to process the world through common social constructs and allow you to entertain new ideas about gender and sexuality.

It is important to note that redefining your understanding of gender is not meant to deter you from seeking a physical transition, although some individuals may decide it is unnecessary after exploring their internal concepts of gender more thoroughly. Instead, it is a way to create realistic expectations and satisfying goals regarding how you want to express your gender.

Help Stop Addictive Behaviors to Allow for a Smoother Transition

It is estimated that around 20%-30% of transgender individuals abuse various substances such as tobacco, alcohol, and drugs, often as a coping mechanism when facing constant discrimination. Unfortunately, use of these substances poses a significant risk, and many doctors will not approve of hormone therapy for patients who smoke due to an increased risk of blood clots. This is especially prevalent in Male-to-Female (MtF) individuals who want to take various forms of estrogen, as both estrogen and nicotine increase the risk of blood clots. Moderate alcohol consumption can also cause testosterone therapy to be ineffective and dangerous. Add to this the fact that many therapists will not approve of hormone therapy or surgery if an individual has a substance abuse problem due to the psychological instability associated with addiction, and you will see that transgender people struggling with addiction will have a difficult time getting medical approval for a physical transition.

Ending addiction before starting hormone therapy or undergoing surgery will not only lower the physical risks associated with transitioning, but it may also build psychological resilience that will help the transition go more smoothly. But while ending addiction through traditional means can be a long-term struggle, psilocybin assisted therapy may be able to speed-up the recovery process. In one study, psilocybin was shown to be 80% effective at curbing addiction in smokers, making it more effective than most currently available options for addiction treatment. It should be noted that the dosage was administered along with therapy, and people undergoing psilocybin therapy will likely still experience physical symptoms of withdrawal. Still, psychedelics hold great potential in helping transgender individuals who smoke or drink to kick their habit and safely begin a physical transition.

Helping You See Your True Self

While a physical transition will help many transgender individuals suffering from gender dysphoria, some may feel disoriented, unsatisfied, and depressed afterward. One therapist links this dissatisfaction to the idea that the individual still feels inauthentic in their new body and that their real desire is for society to see them as their true gender instead of necessarily wanting their body to conform to their gender. During a physical transition, it is possible you may experience a fixation on your physical presentation and develop mild to moderate Body Dysmorphic Disorder (BDD) in which you have a difficult time seeing yourself as you objectively appear. In other words, if you are a MtF, you may pass as a female objectively but still view your body as too male.

Recent research in BDD has linked it closely to OCD, theorizing that the same overactive serotonergic receptors that cause fixation on certain behaviors can cause others to fixate on physical characteristics and develop a distorted view of themselves. It has been shown that psychedelics such as psilocybin can block these serotonin receptors and provide relief from obsessive thoughts. For some people going through BDD, this has allowed them to form a more realistic picture of their body. And for transgender individuals, psilocybin therapy may allow them to assess their current body without the anxiety produced by years of stigma and social expectations.

It is important to note that BDD is a different mental condition than gender dysphoria, and most people who choose to physically transition will not experience BDD. However, for those having a difficult time seeing the changes in their physical body, psilocybin therapy may prove useful.

Just as not every transgender person decides to pursue physical transitions, not every transgender person will benefit from psilocybin assisted therapy. My friend’s son, who has a supportive family and access to medical resources at a young age, may never need additional therapy. But my friend who transitioned later in life after he was already facing addiction and a lifetime of social stigma may have had a much easier transition with the help of psilocybin therapy. More research and trials need to be done, but for transgender individuals experiencing specific secondary problems, psilocybin therapy can be an option to make the difficult path to a physical transition as safe and supported as possible.