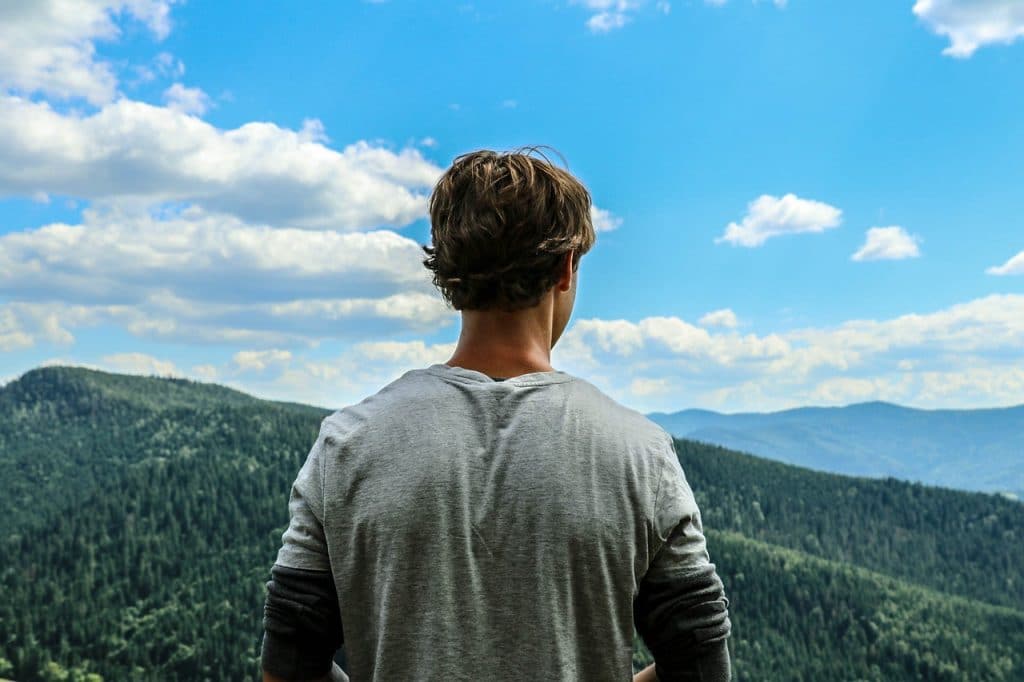 The lush Pacific Northwest state of Oregon was in the news earlier this month for passing a radical new bill that would have been unthinkable just a few years ago. House Bill 2355 will take steps to “decriminalize” hard drugs such as cocaine, methamphetamine, and heroin by reducing sentencing for first-time offenders and expanding access to addiction treatment programs, shifting policy from an incarceration model to a treatment and harm reduction one. While some people may find this softer stance on hard drugs shocking, the consensus from the world’s leading drug policy and addiction experts is that “tough on crime” drug war policies have been a spectacular failure, and decriminalization is exactly the direction our laws should be headed to protect people and society from crime and drug abuse.

One Small Step for Oregon

One particularly encouraging aspect of Oregon’s new bill is that it was written both by Democratic and Republican lawmakers as well as by law enforcement agencies, illustrating that there is broad bipartisan and institutional support for drug policy reform. This legislation hopes to accomplish two main goals: first, to “move policy towards treatment rather than prison beds” as Senator Jackie Winters (R) stated, and secondly to reduce racial profiling and discrimination in a state where African Americans make up 2% of the population but 9% of prison inmates. While Oregon’s new bill represents a positive step forward in drug policy, it does not create full decriminalization for hard drugs. People found with these substances can still be arrested and entered into the criminal justice system to face fines or jail time, but these punishments will now be more lax, particularly for first-time offenders. So why is it that being lenient on drug use and possession is such a good thing?

Failures of the Incarceration Approach

Leading drug policy reform group the Drug Policy Alliance issued a press release earlier this month making a case for decriminalization, and their opening paragraph is about as clear as it gets when it comes to why our current policies need to change:

“By any measure and every metric, the U.S. war on drugs — a constellation of laws and policies that seeks to prevent the use of certain drugs, primarily through punishment and coercion — has been a catastrophic failure. Indeed, federal and state policies that are designed to be “tough” on people who use and sell illegal drugs have helped over-fill our jails and prisons, permanently branded millions of otherwise law-abiding civilians as “criminals”, and exacerbated drug-related death, disease and suffering — all while failing at their stated aims.”

Even the most hard-nosed social conservatives would agree that any policy on drugs should do two universal things: it should decrease drug abuse and keep people safe. It is very important, then, to come to grips with the fact that our current policies have done the exact opposite- increasing crime rates, increasing addiction rates, and financially enriching violent drug cartels. Just as we experienced in alcohol prohibition era, the incarceration approach simply doesn’t work. After decades of experience with this model, it is becoming increasingly clear that it is unjust and detrimental to society.

After enduring 40 years of these costly and ineffective policies, forward-thinking leaders in America and around the world have been looking for more effective alternatives, and they have found them. Perhaps the most salient global example is that of Portugal. In 2001, Portugal decriminalized the possession of all drugs and shifted from incarcerating drug addicts to offering them treatment instead. After 10 years of drug legalization, Portugal has seen HIV infections, drug-related deaths, and young adult drug use drop significantly, with no overall rise in drug use across their population. Beyond that, naturally, drug arrests for possession and use steeply declined, which is an important effect to note for places like Oregon where much of the racial imbalance in the prison system is due to arrests for minor drug offenses.

There are many other examples of successful efforts across the world, such as Sweden’s HAT programs or needle exchange programs in the Netherlands, but perhaps the single most authoritative case for drug policy reform and decriminalization emerged just a few weeks ago from the United Nations and World Health Organization. In a joint statement called “Joint United Nations statement on ending discrimination in health care settings,” the UN and WHO clearly recommend that all nations take “targeted, coordinated, time-bound, multisectoral action” to “review and repeal punitive laws that have been proven to have negative health outcomes” including “drug use or possession of drugs for personal use”.

When the UN and World Health Organization call for all drugs to be legalized, it’s time to consider a shift in perspective.  We need to recognize that ineffective drug war policies are now the radical and scientifically untenable idea, and drug decriminalization is the new common sense, consensus solution.

Why is it so important to get drug laws right, and what benefits will we see if we were to legalize all drugs and focus on treatment and education rather than prison? With sensible drug policies in place, we will begin to walk in an entire new paradigm with broad benefits to many areas of society. People will be far safer from overdosing on prescription or recreational drugs, and perhaps celebrity drug-related deaths will stop plaguing our national headlines. Criminal gangs who rely on drug profits will have their business model upended and their power and influence weakened. Minority communities will no longer be disproportionately caught up in draconian drug laws, easing the relationship between these communities and law enforcement. Those who find themselves addicted to prescription or recreational drugs will no longer feel shamed and ostracized, and will instead be empowered to seek the help they need.

Beyond these benefits, with scientific research allowed to progress unhindered by prohibition, the field of mental health will expand into entire new vistas of highly effective treatments assisted by cannabis and psychedelics.  As it turns out, medical marijuana, MDMA, psilocybin, LSD, and many other presently-restricted substances show incredible promise in addressing the rising epidemics of addiction, depression, and anxiety. If keeping these substances illegal is “proven to have negative health outcomes” and the science shows that these are safe and effective treatments for some of our biggest mental health issues, the intelligent way forward is crystal clear.

If this all sounds too good to be true- it isn’t.  The benefits of decriminalization and potentials of psychedelic therapy are all coming from peer-reviewed science and real statistical data. As such, it’s time that we as a society just say ‘No’ to the incarceration model and wake up to the proven, effective solutions that are at our fingertips. Once we finally adopt evidence-based drug policies at scale, it is no stretch to say it will result in a cascade of benefits to public health, racial justice, mental health, scientific research, and public safety. It will not fix these areas overnight, but it is proven to have a significant positive impact. May Oregon’s new bill be the first of many steps in a move towards sanity in drug policy.