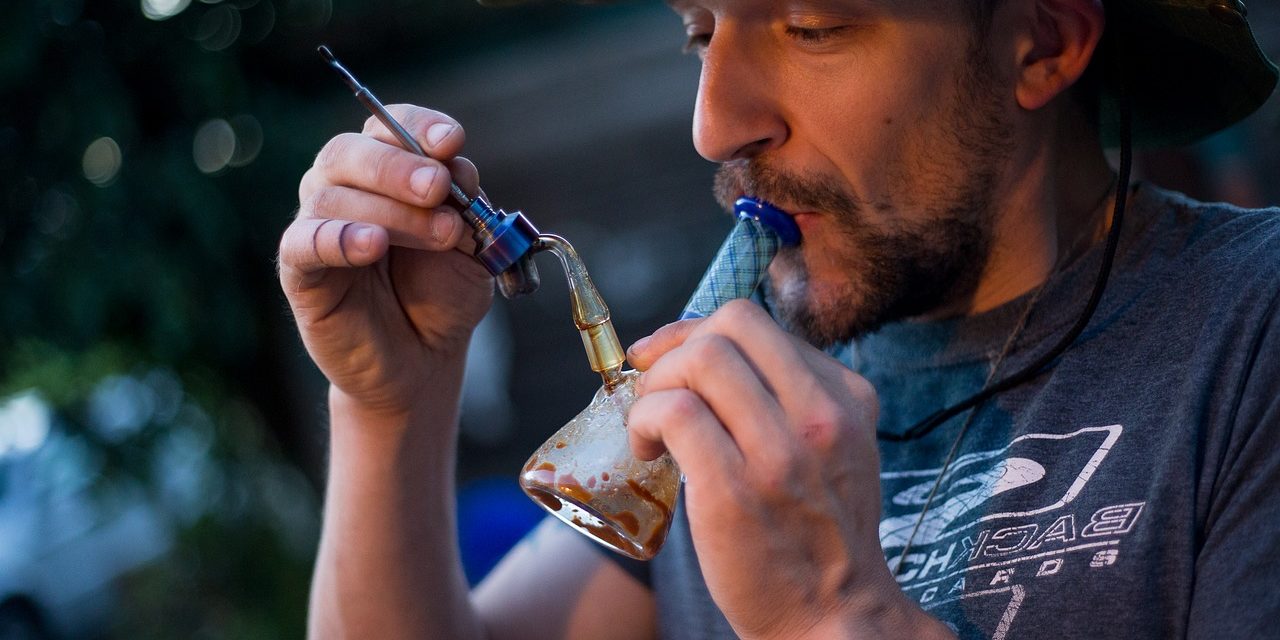 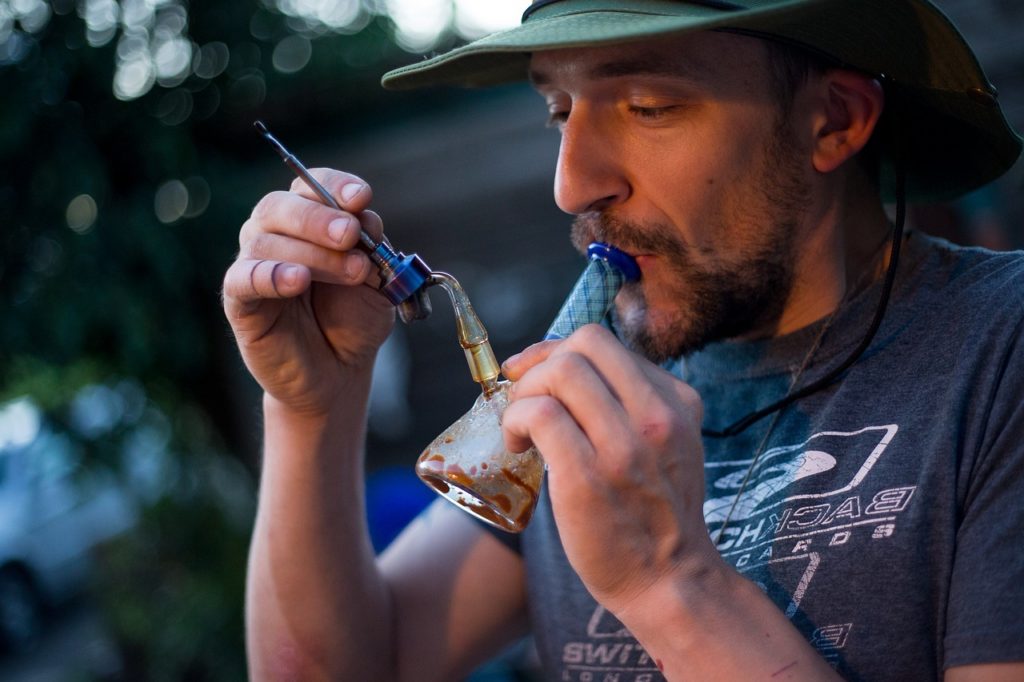 Cannabis has enjoyed years upon years of being regarded as generally safe. Years ago, people even thought that water pipes made smoking even safer. Medical science has essentially disregarded that conclusion, and now assumes that water pipes are no more or less safe than normal pipes, albeit based on research with tobacco.[i] Today, another form of cannabis consumption has emerged that again has people talking about the health effects of smoking: dabbing. This time, however, people are asking each other if it’s unhealthy. A recent study, “Toxicant Formation in Dabbing” by J. Meehan-Atrash, a Portland State University researcher, purports to show that dab smoke contains an irritant (methacrolein) and a slightly elevated level of benzene compared to cannabis flower smoke. Benzene is an aromatic chemical that can increase your chances of cancer, although at doses not found in dabs.

Despite this caveat, the researchers classify the safety of dabbing as “dangerous.” Their conclusions are, however, mostly scaremongering – not unlike warnings about acrylamide in coffee that are mandated in California.[ii] Acrylamide is a carcinogen that accumulates in the beans as a result of the roasting process, but it is not known to supply levels of acrylamide that increase the incidences of cancer in humans.[iii],[iv]

The authors of the study say dabbing is a “dangerous trend” without providing evidence to support this idea, other than claiming that it delivers “harmfully large amounts cannabinoids.” The references they cite include mentions of “cannabis-induced psychosis” and other maladies that are not known to affect the general population (when was the last time you knew someone who went crazy or had a heart attack from smoking pot?) If it has happened, it is extremely rare, and the causes are not understood.[v]

The article also mentions methacrolein and benzene. Methacrolein (MC) is a mild irritant also found in cigarette smoke, and benzene is one of the components of gasoline. Benzene is a carcinogen, MC is not.[vi],[vii] To put it simply: MC won’t hurt you; it’s the benzene to which we should direct our attention. Yes, it’s a carcinogen; no, it’s not going to give you cancer. Sola dosis facit venenum: the dose makes the poison. Benzene only increases your chances of getting cancer when exposure occurs at certain doses.

Terpenes, like just about everything else, create carcinogens when they are burned. Myrcene is one the most common terpenes in cannabis, comprising up to 50% of the terpene profile.[viii] This means that basically any extract of cannabis which preserves the terps (butane hash oil and rosin both) will generate higher levels of MC and benzene than regular pot smoke. This does not raise cause for alarm with flowers since the concentration is very low, but when you get up to the concentrations found in dabs, the authors of the study thought it was cause for concern. It is not.

Figure 1. Shown here, myrcene, one of the most common terpenes in cannabis, burns to create the two thermal most prominent degradation byproducts mentioned in the study, “Toxicant Formation in Dabbing” by J. Meehan-Atrash.

I don’t disagree that cannabis users should know that benzene is found in higher concentrations in dab smoke than in pot smoke. Benzene is a carcinogen, so perhaps we should label it. Regardless, and however unfortunate, benzene is probably something we are already exposed to in much higher doses than can be achieved by taking dabs. Every time we pump gas, every time we drive a car, or even just take a breath near a freeway, we inhale significant quantities of benzene. MC, however, is merely a mild irritant and has no carcinogenic activity whatsoever.
Let’s do another deep dive.

Pumping one tank of gas every week delivers about 1,000 mg (1 gram) of benzene per year. You are also exposed to it while driving (even if you drive a Tesla, it’s coming out of the tailpipes of other cars on the road.) Not much data on the benzene level on freeways exists, but using levels found at gas stations (arguably much lower), the average person is exposed to up to 135 g of benzene per year from pumping gas and driving on the highway.[ix]

The authors of the study assume that one 40 mg dab of BHO (butane hash oil) delivers 17 ng of benzene. So, the question we should all be asking ourselves here is: what happens if I inhale 17 ng of benzene 20 times a day every day? The answer is: nothing. Even if I took twenty 100 mg dabs a day, I would still be exposed to less benzene than I am by just pumping gas. Obviously, pumping gas once a week won’t give you cancer, otherwise everyone who drives a car would have cancer from benzene exposure.

The take-home message of their research is that dabbing will expose you to more carcinogens than previously thought. This is not good, but it’s not exactly dangerous. Plain and simple: the safety of dabbing is far better than the safety cigarettes, and dabbing is not known cause cancer. To claim it is “dangerous” is unfounded. The presence of benzene is not to be ignored, but the message that it’s dangerous is not an appropriate conclusion to draw, based on the current findings.

Yes, maybe we should label dabs as “containing benzene,” but we should perhaps then also slap that same label on weed. Not to even mention that burning cannabis flowers produces Benzo-[α]-pyrene, another very powerful carcinogen.[x] Like dab smoke, cannabis smoke may contain carcinogens, but not at the levels science shows to be harmful. There is also cyanide in apple seeds, and we don’t worry about people eating apple cores. [xi]

So, yes- there are more carcinogens in dab smoke than in pot smoke, but not at levels that make it a health hazard. Enjoy your dabs, my friends.