Our mission at Psychedelic Times is to share the latest news, research, and happenings around the study of psychedelics as tools of healing, recovery, and therapy. We are passionate about the incredible potential that psychoactive substances such as marijuana, ayahuasca, MDMA, LSD, iboga, psilocybin, and DMT present to humanity, and are excited to share that passion with you.

Psychedelic substances, also known as entheogens, are intimately linked with human culture. From the dawn of human civilization and up to the present, psychedelics have been used and celebrated across the globe as agents of healing, spiritual realization, and personal transformation. There are countless works of art, sculpture, literature, and culture that relate to psychedelic substances, and even today there are native cultures that continue to practice their ancient psychedelic rituals of healing and initiation. Psychedelic experiences have helped to inspire some of the world’s most iconic figures, from Plato, to Steve Jobs, to Kary Mullis, the Nobel Prize-winning chemist who invented the method to replicate DNA,  the polymerase chain reaction (PCR), and attributes his creative insights in part to LSD and marijuana. 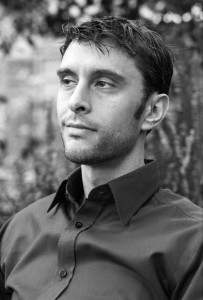 Joseph’s drive to seek deeper meaning and the expansion of consciousness began at a very young age, spurred on by tragic life events including the loss of his father and brother to addiction. As a young adult, experimentation with LSD led him to the revelation that all living beings are sublimely connected, and yet, modern culture promotes separation from nature rather than harmony with it. This led to many years of studying yoga and various other personal development disciplines.

A later encounter with Multidisciplinary Association for Psychedelic Studies (MAPS) founder Rick Doblin was hugely influential in showing Joe that psychedelics were being studied by leading scientists and their therapeutic uses were increasingly celebrated and understood. This inspired him to embrace his own lessons on psychedelics, to help facilitate therapeutic psychedelic experience for others, and share this knowledge with the world. 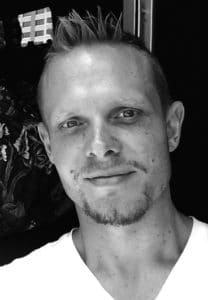 Wesley Thoricatha is a writer, visionary artist, permaculture designer, and committed advocate for a more meaningful and harmonious world. Introduced to Eastern spiritual traditions in his teenage years by his grandmother, Wesley would go on to experiment with psychedelics as an adult and have life-changing revelations that brought his philosophical understandings into crystal clear, direct experience.  Over the last decade, Wesley has studied indigenous shamanic traditions, exhibited his artwork alongside the world’s leading visionary artists, and been a regular volunteer for psychedelic harm reduction at art and music festivals.

Wesley’s goal as an advocate for psychedelics is to help build our cultural aptitude surrounding psychedelic medicines in the same way that indigenous cultures around the world understand and use them for healing, rites of passage, and therapeutic release.  He believes that psychedelics are a key leverage point in changing the consciousness of the western world from a paradigm of materialism, distraction, and separation to an interconnected, meaningful, and collaborative one.

The Time is Now

We are at an exciting time in history where the stigma surrounding psychedelics is beginning to fade and the realization of their healing properties are being embraced by mainstream science. Scientific research into these substances began in the early and mid 20th century but was halted in the later half of the century due to politics, propaganda, fear, and the War on Drugs. Many of these substances remain illegal and scheduled among the most dangerous drugs, yet that classification and the surrounding stigma is being quickly eroded by the scores of scientific studies that are proving again and again that the benefits that psychedelics offer far exceed the dangers. By and large, they are safe, non-addictive, and have profound benefits that can save and transform lives when used responsibly.

The time to celebrate and more deeply understand psychedelics is now, and the founders of Psychedelic Times are excited to share the latest news, research and information about entheogens with you. Click here to sign up to our newsletter and stay in the infinite loop.