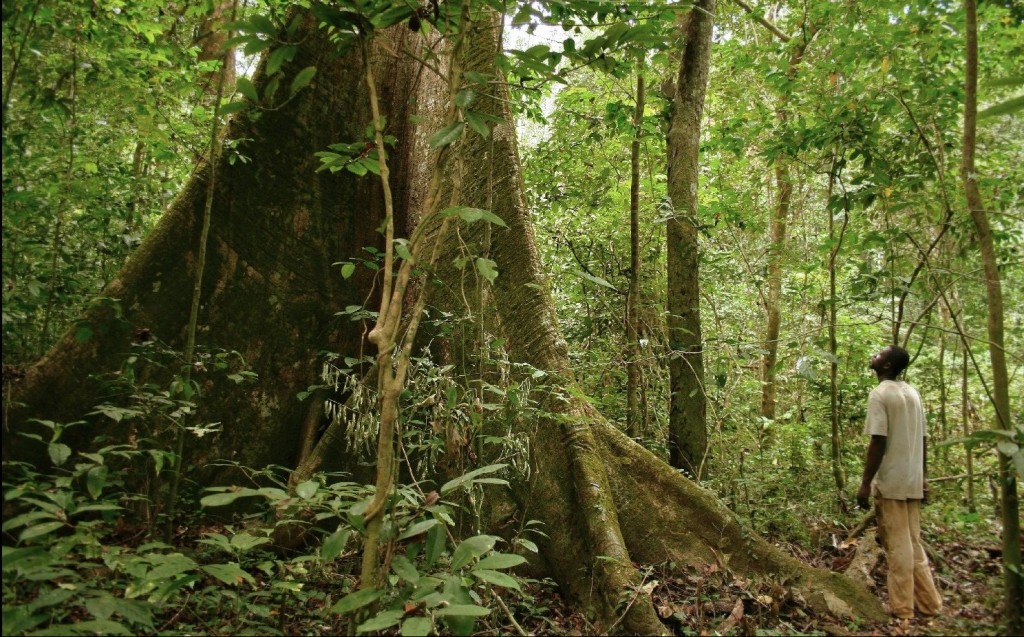 Last week I was searching for an ibogaine treatment center to share with a close friend who has been struggling with opiate addiction. Aware of its tremendous anti-addiction and psychospiritual healing properties, I thought that an ibogaine or iboga experience could be the solution. But what first seemed like a Wikipedia side-note in my search gave me pause. After more reading, it became clear to me—as it already has been to many others—that iboga (Tabernathe iboga), the principal source of ibogaine and iboga therapy, is rapidly becoming endangered.

Like many of us working toward personal psychospiritual betterment, I see a parallel between psychospiritual balance and ecological balance. How can we heal ourselves if we are destroying the planet? How can I recommend a therapy that comes at such a high environmental price? Fortunately, many others have rallied to this cry, and there are several solutions.

Iboga has been used for generations by the Bwiti people of Gabon in Central Africa. As part of their ritual, they gather the iboga from the wild, before consuming the root bark and embarking on a transformative journey. As the world has learned of the truly amazing potential of this plant, however, demand has grown beyond the capacity to replace it in the wild as it’s harvested. According to one source, it takes ten years for T. iboga to grow large enough to produce 500 grams of root bark, which is in the upper range of a single dose. While those who can afford it can find many providers, the Bwiti themselves are less and less able to gather their traditional sacred medicine.

Unsustainable harvesting practices are not the only factor decimating the world’s iboga supply. Iboga’s fruits attract, among other animals, elephants and gorillas which spread the plant’s seeds. As these animals dwindle due to hunting and human development, we lose not only them but also an important step in the lifecycle of iboga.

Voacanga As an Alternative Ibogaine Source

Many of those seeking ibogaine treatment are doing so to help treat addiction and lessen withdrawal, especially for opiates. Iboga, however, contains a number of alkaloids, most of which are not well studied. The best known of them is ibogaine, which is what many of the landmark studies on iboga addiction treatment have focused on, and which has the most evidence as an effective addiction interrupter. If you are experiencing opiate addiction and withdrawal, pure ibogaine may be best for you due to its reputation for completely eliminating addiction withdrawal. Significantly, ibogaine and similar compounds are found in other plants, not just the endangered T. iboga.

At the 2012 Global Ibogaine Therapy Alliance conference in Vancouver, Chris Jenks, Ph.D., revealed his new method to produce ibogaine from voacanga (Voacanga africana). Voacanga is a small tropical tree closely related to T. iboga, but it grows much more quickly and in a wider array of climates. Even better, its bark can be harvested without destroying the tree. Dr. Jenks’s new method allows organizations to extract voacangine—a chemical similar to ibogaine—and convert it into pure ibogaine.

Moreover, his method allows for this process to be done in much more environmentally-friendly ways, such as using chemicals whose waste products can then be used as fertilizer for growing voacanga plants. Those seeking a sustainable ibogaine therapy should seek out treatment sources that use an alternative like voacanga as their source of their ibogaine.

Those seeking a fuller psychospiritual experience may want more than ibogaine alone, however. Many have had positive experiences with iboga total alkaloid (TA) extract, and we have previously detailed some key differences between ibogaine and TA extract. Unfortunately, a voacanga TA extract does not contain enough ibogaine for the desired effects, but various organizations around the world have begun growing their own iboga in various greenhouses. As the world learns more about the benefits of iboga, the scale of production and harvest will have to be quite large to offset demand, but hopefully, more options will open to those providing it.

How Can I Find a Sustainable Ibogaine Treatment Center?

It’s encouraging that demand for ibogaine is growing so quickly. It’s an indicator that our society is ready to explore the immense therapeutic potential of psychedelic treatments. However, if more sustainable practices are not adopted—and vocally encouraged—this incredible plant could become extinct in our lifetime. Those seeking a transformative experience would do well to make sure providers are obtaining their medicine in a way that’s not only medically responsible, but socially responsible as well. For assistance connecting with a reputable ibogaine treatment center or TA therapy center that practices sustainable harvesting or extraction, contact us at Psychedelic Times for a treatment center referral.