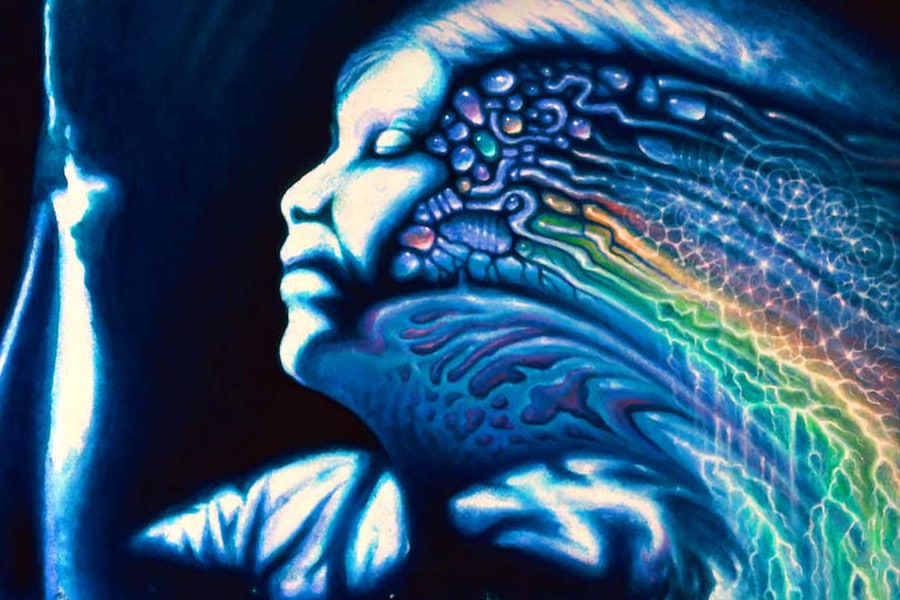 Artist, filmmaker and activist Torsten Klimmer (aka Omananda) has lead a fascinating life. From a harrowing escape from communist East Germany before the fall of the Berlin Wall, to a barefoot sojourn across India interviewing sadhus, to living with the peyote-imbibing Huichols in Mexico as an activist, Torsten’s eclectic travels have interwoven politics, psychedelics, spirituality, and media. He recounts many of these adventures in a new book called Transcendental Journeys: A Visionary Quest for Freedom, where he shares his personal story of conscious awakening, urging people to free themselves, connect with their hearts, and take direct action to create a better world. We spoke with Torsten recently about his book and how psychedelics have informed his perspectives on freedom, spiritual awakening, and activism.

Thanks so much for speaking with us, Torsten. The tagline of your book is “A Visionary Quest for Freedom.” Can you describe how your visionary experiences informed your life of activism? How are they related?

Surely, part of the answer can be found in my book in a story called “Liquid Crystal Vision — On a Mission from God.” During a visionary experience in Yokohama Bay Hall in Japan, a voice gave me instructions to make a psychedelic movie, which became my film Liquid Crystal Vision. The following is an excerpt from that story in the book: “You have been chosen to make a movie that will help to set the records straight about psychedelics on this planet! Go and create a film to counterbalance the negative propaganda about these sacred substances that have the potential to wake up humanity and aid humans to become more conscious, aware, and loving in accelerated ways.”

This already answers some of your question, but let me elaborate here. Sacred or shamanic substances can get a person in touch with the Cosmic Spirit, especially when used respectfully in a ceremonial context, and ideally with the guidance of the indigenous wisdom. Just like that, we can learn about our connection to the environment and how to better fit into this world. Still, in my humble opinion, the possibility for getting lost is simply too high when taking mind-altering drugs without the proper guidance and clear intentions.

To receive valuable insights about our life purpose and to relate better to the world around us, we have to learn a few things prior to being able to open the appropriate doors of perception. The goal is true self-realization, not ego-boosting! Of course, using psychedelics with care can help people with a healthy mind and heart to relate to the world in more loving ways. Instead of thinking, “What can I get out of this situation?” one begins to embrace compassion and wonders “What can I give?” When this crucial shift from personal to collective has taken place, our will and perspective align naturally from self-centered to cosmic. This is synonymous with the sacred perspective of many indigenous people that considers the entire tribe and not only themselves in the decision-making process. The general Westerner’s viewpoint has sadly lost this sacred vision of togetherness in a long chain of horrific historical events.

Visionary experiences, when approached through a sacred ceremonial context, can help any of us make this crucial shift back to the balanced and harmonious state. Once we realize that we are part of the whole, we naturally serve a higher purpose within this game of life.

True, I have had an authentic spiritual awakening on psychedelic mushrooms in Indonesia that initiated me into the mystical. This near death experience, however, was heavily influenced by J. Krishnamurti’s (Vedic) writings, without which I think the trip could have turned any other way. I consider him my first guru – not the mushrooms!

For Muslims and Buddhists, as far as I know, no drugs whatsoever are recommended, but in many Muslim countries men primarily smoke opium. Most Christians drink alcohol and in many abbeys wine and beer are brewed by monks. In the Yoga Sutras of Patanjali and other Vedic and Ayurvedic scriptures, psychedelics are mentioned as a legitimate way for self-realization, healing, and enlightenment – but only as temporary measures. I find this to be very true, but it is often misunderstood.

Mystics write sacred scriptures, but for uninitiated people it can be hard to correctly understand their true meaning. It is similar with psychedelics. People who have no experience with them won’t be able to fully understand their beneficial effect. If you have never tasted sugar, how can you explain it to someone else? Best is if you taste it yourself, but due to propaganda and falsification, psychedelics are considered taboo, and they always have been only for a dedicated few. Humanity, when you look at it, is in a spell of spiritual ignorance. Only a small percentage of us dare to honestly look at reality. Albert Hofmann said that LSD is like a microscope to look into the mind – a great tool – but not necessary for human evolution. My book is an initiation for people who have no experience with psychedelics or the mystical dimension. The connection between psychedelics and spirituality is made perfectly well in the book, but I do not advertise psychedelics in my writings.

There was a time in India when I traveled around interviewing sadhus (Hindu mystics) on camera about what makes a person a sadhu and what makes them a beggar. I found out that true spiritual beings do not ask for money and they are also not allowed to accept any if it were offered. I used to travel around barefoot through India when I had my first set of dreadlocks. I wore a dhoti then and carried my didgeridoo everywhere I went. Random people came to offer me money and I did not accept it, but this was much before I asked these questions to sadhus on camera. I found out that smoking chillum (hashish) has its purposes as a temporary measure to reach states of self-realization until the chillum is no longer necessary. Truly self-realized masters I came in contact with did not need anything to alter their already perfect state.

I have a guru who lives in an authentic enlightened state. Just by being in his presence I realized that the temporary illuminated states through the ingestion of psychedelics were not real in the sense that they fade when the drugs stop working. However, tripping gave me glimpses of what is possible. As a fairly intelligent being, you begin to wonder how to stay fully conscious naturally without the dependence on external factors such as drugs that do have (sometimes grave) side effects. In Goa, where I used to live for a decade, people sometimes died at parties.

Those who do not have the initiation to mindfully use psychedelics, probably due to prohibitionist thinking that does not allow proper education, can easily get hooked to wanting to get high again and again. When not knowing how to get there without the use of drugs, human beings often chose the easy route. Breaking the habit can be tough when addicted to the experience of getting high.

My experience is that it can be easy to falsely identify with temporary enlightened states while under the influence. A person might think they have become fully realized, when this is not so. Therefore, care is advised when using psychedelics, especially for novices, and warnings should be uttered to not identify with the temporary drug-induced states. I have met plenty of people who have taken heap-loads of psychedelics and claim to be enlightened, but they behaved in an obviously deranged way, making them look rather comical. A truly enlightened master always speaks and acts kindly. He or she naturally feels empathy and acts with compassion. This natural state requires no alteration whatsoever.

A profound and important reminder! Moving on to the political realm, psychedelics themselves are on their own quest for freedom, with big strides being made in research and, hopefully soon, legalization. What’s your take on the current paradigm of psychedelic research and activism?

In the end of my book, I introduce a plan for worldwide legalization with the help of the UN, but after all I have said, introducing this plan might seem contradictory. Life, when looked at from a dualistic perspective, always seems contradictory. In truth, there are no contradictions, there are synchronicities! The following is an excerpt from the chapter of my book called “Systematic Plan for Legalization — Tribal Legislation.”

“Great Spirit aligns many of us in mysterious ways! When I met with one of the most relevant indigenous leaders of our time, Biraci Brasil Nixiwaka of the Yawanawá who has dedicated his life to rescuing his people, their culture and spirituality, I shared a 4-step systematic plan I had visualized for the responsible widespread use and distribution of ancient sacred ceremonial technologies with master plants so that they could legally be used by anyone interested in them, on whatever societal level, and in many countries.

When I asked Biraci what he thought of it, he replied that this was exactly what he had visualized as well! Hearing such a powerful response from an outstanding individual who grew up deep in the rainforest, where he had lived all his life and I had never been, was the confirmation I needed to share this with the world. What follows is a short introduction to this simple and systematic 4-step program. I personally encourage and visualize a plausible system of using ancient medicines outside the religious or medical framework that is based on the wisdom of indigenous tribes who have traditionally used these substances for thousands of years. It is a basic human right for indigenous people to have safe and legal access to Ayahuasca and other mind-expanding consciousness-altering natural shamanic herbs. I also feel that psychedelic medicines should be made legally available for anyone interested in them under the condition of pre-screenings that can be performed by experts, who could also serve as guides in the shamanic sessions for relatively healthy individuals.”

We are very grateful to Torsten for sharing his insights on psychedelic spirituality and activism. You can check out his book Transcendental Journeys here and his film Liquid Crystal Vision here. 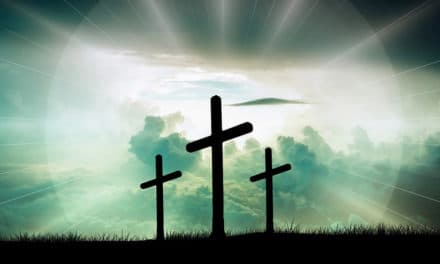