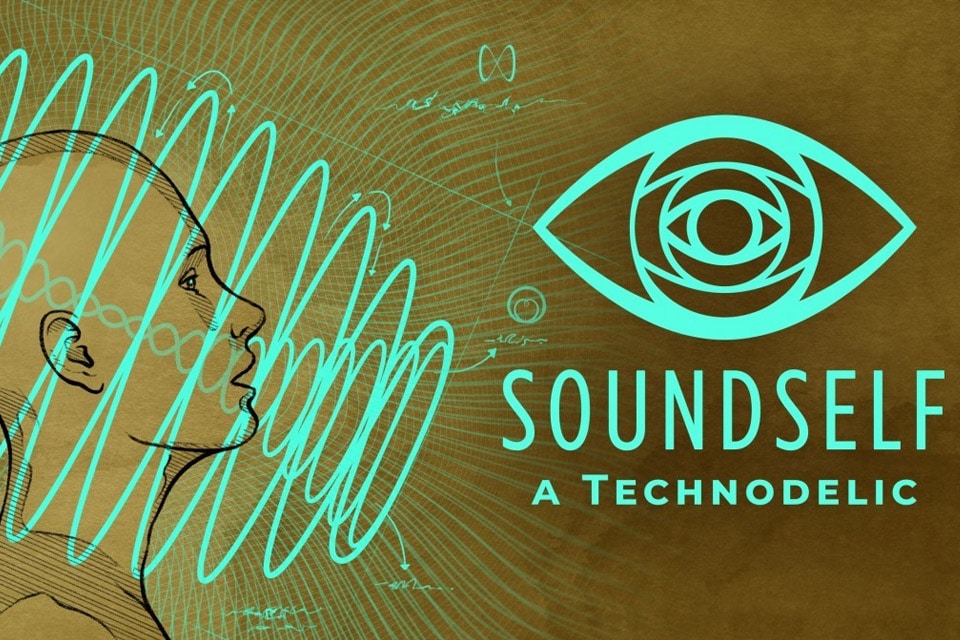 A Burning Man-inspired art project eight years in the making, SoundSelf is a meditative gaming experience that straddles the line between virtual reality, augmented reality and biofeedback. Players don a virtual reality headset (if they have one, the game can also be played on a normal computer screen with headphones and the lights out) and are invited to “tone” sounds into their microphones, which are then sonically enhanced and displayed as moving psychedelic fields of color. The result is a profoundly immersive, inward sensory experience that many people report as being similar to an aesthetic psychedelic experience.

Perhaps the most exciting thing about SoundSelf is that it is a tangible manifestation of what psychedelic luminary Terence McKenna prophesied: “The drugs of the future will be computers. The computers of the future will be drugs.” Moreso, it is likely to be the first of many such VR/AR games that are designed to bring people to altered states and peak experiences. And lord only knows what a concept like this could do once Neuralink becomes a reality.

Robin and I have been friends for many years, and I was privileged to be able to see the evolution of SoundSelf from its early alpha days to its recent release on Steam. I spoke with Robin back in April the day after the game launched, and we discussed SoundSelf’s inception, gaming and flow states, the concept of monomyth, and the value of novel connections and experiences.

It’s great to speak with you, Robin. The game just launched yesterday, congratulations! How are you holding up?

Thank you. It was terrifying at first, and I had a hard day yesterday. But things are looking good. And it’s so good to see you!

Same! Seeing SoundSelf finally launch brings back a lot of memories for me—our regional Texas Burning Man festival Flipside, the fire spinning and sustainability festival Flowstorm, the Creation Flame gatherings, and all the places SoundSelf was exhibited over the years in its alpha and beta states.

It really did come from this flow arts, spiritual, almost hippy community. Its genesis was there. It didn’t come from technology land, it came from this more mindful-—I don’t like the word countercultural—but from this unique flow arts and burner culture. And it just happens to be a medium that is extremely technologically sophisticated and scalable. But its genesis was from events like Flowstorm.

Yeah in the dome; I think that was the very first Flowstorm.

Talking to you definitely takes me back. In a way, it’s taking the project full circle. Most people got to know me and SoundSelf after a point where it had already entered video game land. Through Kickstarter, through showing at PAX, through the Independent Games Festival (IGF), through the film Game Loading: Rise of the Indies… but yeah, it had a beginning way before that.

Let’s get into that-—let’s talk about the beginning. Can you talk about where this came from?

I had my first oneness experience at Burning Man, on LSD. I was deeply involved in a community of people who were psychonautic explorers, as you were-—as I guess we both are-—though it’s evolved much over the years.

I had been involved in games for a while as a sound designer. I made this early virtual reality terror experience called Deep Sea that used this gas mask, and it was a cool installation thing. I worked on Antichamber and The Stanley Parable, so I was well versed in game design, but then had my first oneness experience. It was several months after that when I realized that games entrance people. Full stop, that’s what a game does-—it drops you into a trance. What if a game was designed to draw your attention inward and see through the mesh of illusion that we’re embedded in all the time?

The illusion of being separate is not bulletproof, not at all. That’s why it doesn’t take a lot of meditation to break through that in the grand scheme of things. It takes hundreds of hours, sure, but that’s not that much compared to how many hours you live in your life.

So the illusion is fragile. My hypothesis is that most people have an experience of seeing through the illusion at least once in their life. I know my dad did. My dad is a super atheist rationalist, and when he talks about his own experience of it, it’s funny-—he just dismisses it as “weird.”

You can dismiss it with your rational mind. That illusion is just good enough for us to get by with, because nothing evolves to be better than it needs to be. But meditation can break it, and so can specific structures of trance.

I had this insight that video games could help structure a trance to break through the illusion. I was very lucky to be embedded in a community that was very deep into the spiritual work of breaking through illusion. So I had the vocabulary for it, I had a supportive community around me for it, and I had a group of people who could test it and give interesting feedback right away. That’s how SoundSelf got started. And now after eight years of polish and design, it’s reached a state where I think if you come to it with the right attitude, it can pretty reliably drop you into a unitive state of consciousness. 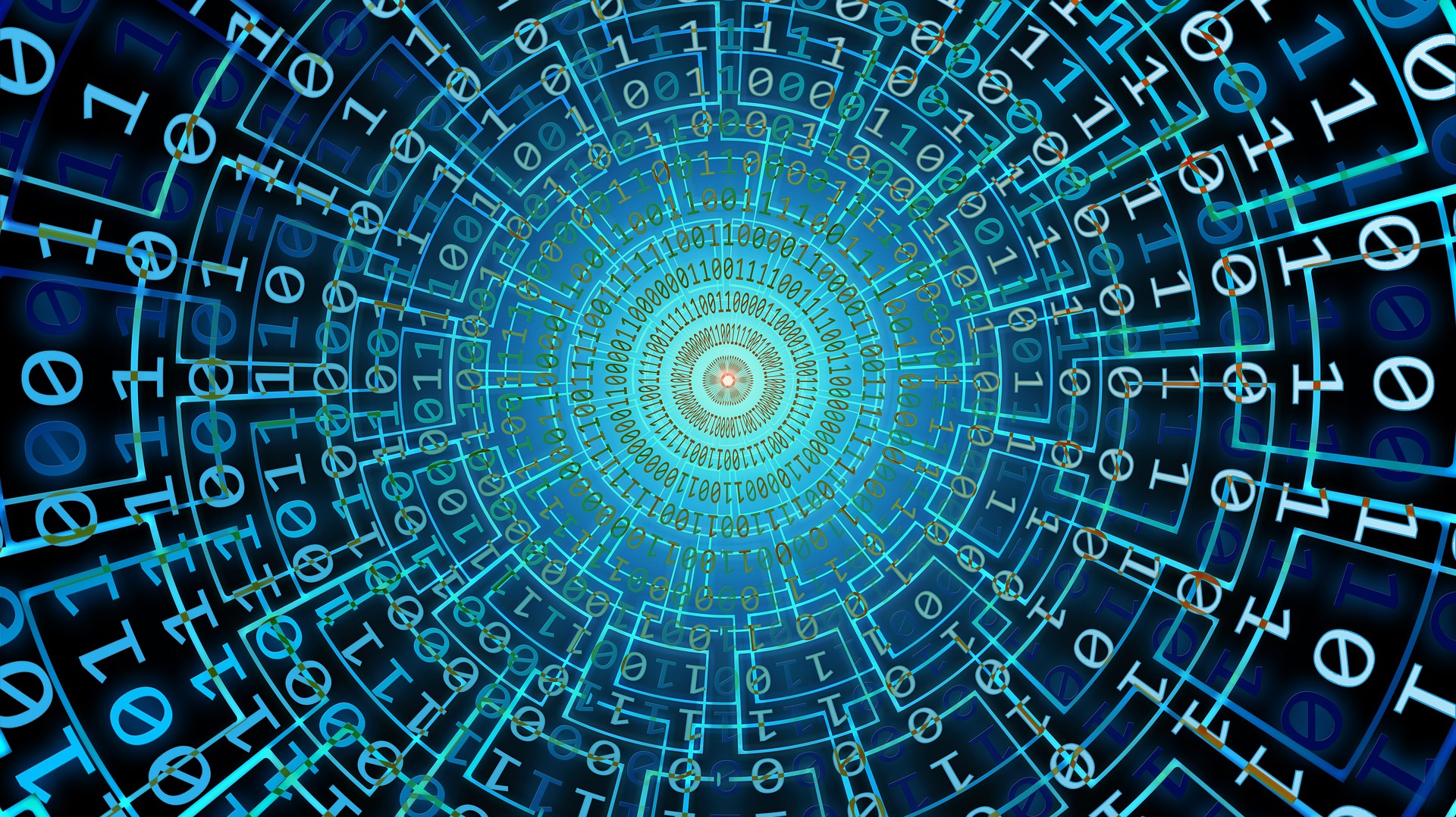 I tend to agree with Terence McKenna’s school of thought, where novelty is the name of the game, and you’ve made some wonderful novel connections here. What I love about SoundSelf is that you are bridging the video game world with this other set of subcultures-—spiritual seekers, meditators, psychonauts, etc. I’m curious, what was the feedback from both of those communities as you were working on it? Did you have video game people saying “Oh you were just on acid, forget about it” or was everyone excited from the beginning?

No, it’s always been really appealing to both communities. It’s been fun to change my vocabulary as I talk to different groups of people. I talk about it totally differently with people who are gamers, or psychonauts, or people who are into spiritual practices. Novelty is the thing that I think connects them. Novelty can shock you into realization. And we all can’t help it, we’re attracted to novelty. I think there’s great wisdom in that.

Meanwhile, video games are obviously all about novelty, and there’s nothing more novel than being shocked out of your stasis of who you think you are. I think what gamers want is to be surprised. They want to have novelty, and ironically they chase some of the same pathways again and again in pursuit of that-—be that as a shooter, or the Civilization games, and so on.

Awe engenders immediacy, and immediacy engenders flow. And these flow states are what these disciplines are pursuing. So it’s a portal to flow.

Game designers are experts in the school of flow. I don’t think there’s any craft in the world that is as good at crafting flow states as game design.

What’s beautiful about SoundSelf is that it’s breaking the 4th wall. It’s no longer just fingers as input to control an avatar or do something within a game, it’s the voice. Our voice is something deeper coming from inside ourselves. It’s like-—wait a minute, we are the game. This is no longer a thing I’m doing in this other world; it’s part of who I am. The lines blur.

When we interface with a computer using buttons, those are binary inputs. We’ve adapted to speaking the computer’s language. SoundSelf works the other way. You are a permeable, porous, wet, mortal, gooey bag of instability. That’s what you are.

[Laughs] The computer is the opposite of that, in so many ways. And so most of the time-—I mean it’s better than it was in the 80s-—but mostly when we are typing away, we’re speaking the computer’s language. It’s taught us to speak in binary. Which is amazing.

But there’s something different that can happen when we teach a computer to meet us in the goo space, where we’re permeable. And that’s what SoundSelf does. We don’t use any digital inputs at all; it’s all just your voice, and the game tracking nuance and change and rhythm in your voice. And these oscillations, recording and playing you back, are much much much more organic. So it exposes you to a much deeper level of vulnerability and intimacy than people are used to when they play with a computer. We see people coming out of SoundSelf deeply awed. It’s doing something a lot more similar to what hypnosis does, or even meditation, than to what video games usually do.

I have to ask, how many times have you played SoundSelf while tripping?

Only once! You have to keep in mind that for me, I know the digital side of it very, very well. For me, it’s only recently that we’ve gotten it to a level of polish where I can play it and have that transformative experience, because I can always see the levers, Oz behind the curtain.

But with a mutual friend of ours, we decided to try SoundSelf on acid since I knew people were going to try that, and we wanted to see what it was like. For me, it was just a total waste of time [laughs] because I was looking for bugs. But for our friend, it was a really powerful experience.

In no way does it require psychedelics to work, and in a way it IS a psychedelic, in and of itself. A different flavor of psychedelic, but nonetheless it belongs in the same category. We’ve been calling it a technodelic, and I’ve recently written The Technodelic Manifesto to talk about this potential of video games as a transformative medium.

Yeah, well it has always been a transformative medium, maybe unknowingly. I realized when I came across Joseph Campbell and his concept of monomyth, uniting art, storytelling, religion and spiritual practices under the same umbrella, that some of my most powerful archetypal mythological experiences had been propelled by video games in my youth.

Isn’t that interesting? So what are those video game mythologies for you?

I would say the biggest were the early Final Fantasy games, 1, 2 and 3 that were released in the US on Nintendo and Super Nintendo.

Yeah, those are super archetypal.

So with video games we are playing out these narratives, and they are part of this monomythic array of archetypes. SoundSelf is something different-—it’s not archetypal or playing out character stories; it’s really more like hypnosis. This work of defining who we are and reflecting on who we are has always been a part of video games. But with SoundSelf, you are not just embodying a character in a story, you yourself are embodied as the gooey engine of the entire experience.

We are very grateful to Robin for taking the time to speak with us. You can purchase SoundSelf on Steam here, or sign up for a free trial here.