Once an opiate addiction has fully sunk its tendrils into someone and they realize they need professional help, people often find that while traditional 12-step rehab facilities do save lives, their overall success rate is fairly abysmal, leaving many in a constant cycle of relapsing. When all of the conventional routes for addiction treatment don’t work for someone on the brink, they may find themselves pushed to try something new.

This was the case for Justin Hoffman, a renowned DJ who enjoyed musical success but fell time and time again into the clutches of a 19-year opiate addiction. Justin had tried dozens of different rehab programs and committed himself to the 12-step process for many years, but it was only after he sought out the potent psychedelic ibogaine—a legendary but obscure addiction interrupter—that he finally broke free of his addiction. Since then, Justin has dedicated his life to helping people who choose ibogaine therapy (which needs to be sought abroad due since it’s illegal in the U.S.) by opening an aftercare facility in Las Vegas that helps those struggling with addiction create a new, healthy life. We spoke with Justin about his struggles with opiates, the 12-step tradition, and his eventual salvation through ibogaine.

Thank you for taking the time to speak with us, Justin. Can you describe your struggle with addiction and experiences with traditional recovery programs?

JH: I never really got into drugs until I was 28. I had the confidence that I could try anything and put it down because I was “not the addict type.” I was incredibly, incredibly wrong. When I tried heroin, it became almost like an instant love for me.

About a year after starting to take heroin, I realized I was addicted physically and needed to get help, so I went to a traditional 12-step rehab. I went through detox and they told me that I had to go to AA for the rest of my life. That lasted about one day—I relapsed right away. This process repeated itself for years and years. At one point while I was living in Boston, it got so bad that I had no choice but to get on methadone. They told me I was hopeless and that my only chance would be to take methadone for the rest of my life. So I said, “okay,” and I went on methadone.

That’s when I got a job offer to come to Las Vegas to DJ, so I moved out here. I was stable on methadone…and that’s when I met a dear friend, DJ AM. He offered to pay for my rehab, so I went to get off methadone, which took about two weeks in a hospital. That sobriety lasted for a little bit, but then I started using opiates on and off again. Soon after that, DJ AM died from an overdose, and I had a really bad relapse. I went away to rehab again for two months, but…it just seemed like nothing was working. Then I had an operation and was put back on opiates again by my doctor. I went from opiates to suboxone, which is an absolute nightmare to get off of—it’s much worse than heroin.

It was a really dark time for me. And that’s when I saw a Vice episode about ibogaine. I instantly knew it was for me. Like something in my brain just went off and said, “you need to go do this, and find it immediately.”

Can you describe your first ibogaine experience?

JH: I went down to Mexico to take ibogaine for the first time. It was intense, there was a lot of vomiting, and I had visions about my childhood. The plant explained to me why I was an addict and that everything I had been taught about addiction was wrong. After thirty rehabs…nobody got it right whatsoever, but now I have this plant explaining everything to me. All of this is very new to a Boston guy like me—having a plant speak to you and teach you—but that’s exactly what was happening. It told me that addiction was trauma and unresolved pain, and that all we are doing with addiction is trying to cover it up, whether it’s alcohol, sex, heroin, gambling, or whatever it takes to lose ourselves.

On my second day, I got a very loud message that I would be helping people with this plant for the rest of my life instead of focusing on DJing and living my previous selfish life. Talking about it now, all of this still blows me away. I honestly didn’t think any of it would come true, but it did. It’s been four years now that I’ve been helping people, and two years since we’ve opened Holistic House Vegas. Everything has been different. I haven’t had a craving for heroin in four years. I haven’t had a day of depression or anxiety. I have lots of other stuff, I’m far from a perfect person, but the major things in life that were troubling me—such as addiction, depression, and anxiety—are no longer a part of my life, and I have ibogaine to thank for that.

That is beautiful. In your opinion, what is the essence of what’s missing in the 12-step programs?

JH: Addiction is trauma, and there’s not much in the 12-steps that’s going to help you relieve trauma. There’s also a lot of, how can I say, negative reinforcements, like labeling yourself an addict and powerless, thinking you have some incurable disease. AA almost seems to keep you sick. With AA, there’s no exit plan, and that’s stressful. It’s funny because they talk about insanity being doing the same thing over and over again expecting different results. So how can they tell people who keep failing this program to come back? Isn’t that insanity?

How does that inform your work at Holistic House Vegas?

JH: I think people need to find what works for them in recovery. Every addict that I’ve worked with over the last twenty months is completely different from the next. Some are going to like yoga, some will like Buddhism, some will really fall for kundalini exercises, and some will hate all of that and just want to box or go on a hike. Others will want to explore their creative side. In my experience, you have to adjust and let each person fall for what is going to make them happy instead of forcing a program on them.

At Holistic House, if there are more spiritual people, we will arrange Buddhist temple meetings. If we have more athletic people, maybe a basketball game or tennis. You gotta let people find what works for them instead of pushing these archaic traditional models of what recovery has to be. And even saying all that, if someone came here and they loved and believed in AA, I have a network of people in this area that would pick them up and bring them to meetings. Whatever is helping that person, I want them to follow it and feel empowered. It’s time for them to start something new—which is what moving on from addiction is all about.

We are very grateful to Justin for speaking with Psychedelic Times and for his pioneering work in ibogaine aftercare. Stay tuned for a follow-up article where Justin and his partner Tishara speak with us in greater detail about Holistic House Vegas’ aftercare program, including the use of kambo, rape, and sananga. 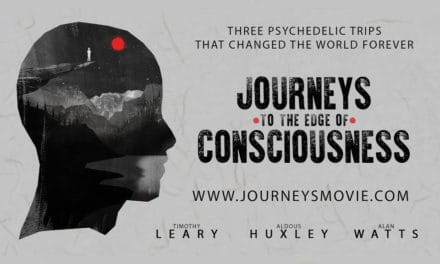 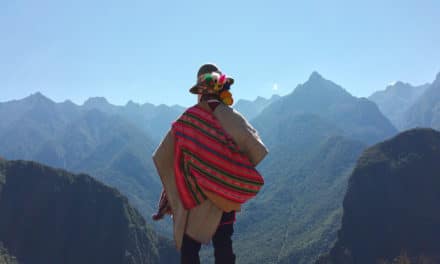