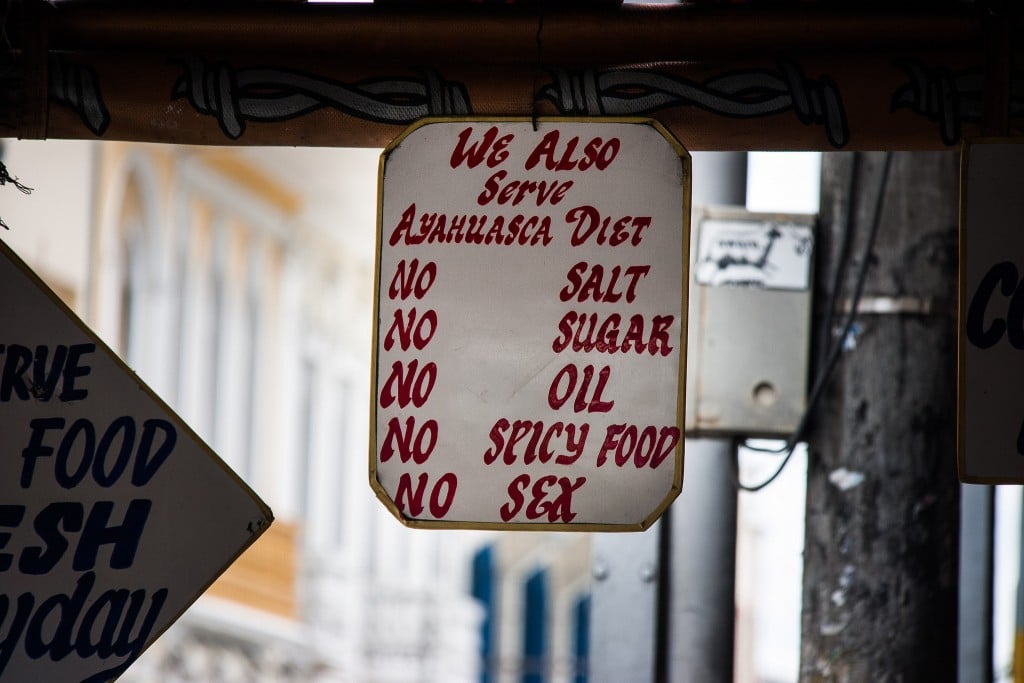 Before attending an ayahuasca ceremony, most shamans advise you adhere to a strict diet to physically, mentally, and spiritually prepare yourself for the journey. | Image Source: Flickr CC user Paul Hessell

The first (and only) time I’ve participated in an ayahuasca ceremony, I didn’t know much about preparing for it. By coincidence, I found myself traveling to Pucallpa — one of Peru’s epicenters for ayahuasca tourism, along with the Amazonian city of Iquitos — and I didn’t want to miss the opportunity to experience what’s known in that region as a sacred power plant. My friend and I met a woman selling traditional Shipibo textiles whose aunt was an ayahuasquera; we walked to her house, settled on a price, and agreed to meet the next night for the ceremony. The ayahuasquera advised we abstain from spicy foods and sex until the ceremony, but if she said more than that, it was lost in translation.

My experience, overall, was positive, but it also left me with a strange, nagging feeling. Throughout the night, I had elusive visions of jaguars and pygmy marmosets blinking at me then turning away into the darkness; I got the feeling they were gesturing for me to follow, but I wasn’t sure I wanted to go. To compound the feeling, I also didn’t experience la purga — the vomiting that typically comes after ingesting ayahuasca, which purges and purifies the body of mental and spiritual toxins — until right before dawn, hours after the other people in my group. It was as though there was something I could not let go of.

I’ve wondered since if my overall lack of physical and mental preparation is why the experience left me with the distinct feeling that, well, I didn’t try hard enough. Since then, I’ve learned that the days leading up to and following the ceremony are just as important as the experience itself. Most (though not all) curanderos suggest you follow a strict diet in the days before and after you take ayahuasca — following this diet prepares you to make the most of the experience.

Why Preparation and Diet Is Important

“There are corporeal, organic things that need to be cleared before you can see the essential,” Jan Kounen says in the book The Psychotropic Mind: The World According to Ayahuasca, Iboga, and Shamanism. His words poetically sum up why it’s important to physically prepare your body for taking ayahuasca. Most of our bodies are cluttered with all kinds of stimulating, sensational foods from our modern diets — foods filled with salt, sugar, and caffeine. To open yourself up to receive the messages of Madre Ayahuasca, you need to first clear yourself of these toxins.

Ayahuasca shaman Alan Shoemaker expanded on this idea in his book Ayahuasca Medicine: The Shamanic World of Amazonian Sacred Plant Healing: “The plant diets are designed to help a person connect with the spirits of the plants, and to develop new healing capabilities, vision, and sight; they require much time in solitude and a strict dietary regimen….[W]hen you follow the required diet, the spirit world is more accessible.”

Quieting or cleansing the body in order to reach a spiritual state will be a familiar idea to anyone who has practiced yoga. Yoga asanas — the physical positions like downward facing dog or child’s pose —  were originally designed with the purpose of preparing your body to meditate. Like the asanas’ effect on meditation, the physical preparation of the ayahuasca pre-diet goes hand in hand with being able to prepare yourself psychologically for the healing experience.

Clearing yourself of toxins also gives you a jumpstart in the ayahuasca experience because, as Vincent Ravalee explains in The Psychotropic Mind, “All the toxins we collect during our everyday life are the first things that ayahuasca will attack.” When you clear those toxins ahead of time, it’s easier for ayahuasca to work in your body because there’s less “static” to cut through. By following the diet, you ensure your ability to make the most of the experience and reach deeper levels of psychospiritual understanding.

Guidelines of the Ayahuasca Pre-Diet

While different shamans and retreat centers vary on the specific restriction, most places advise that you start eliminating certain foods and drugs from your diet 2-4 weeks before a ceremony (longer for certain prescription drugs like SSRIs). The suggestions listed below are compiled from The Way Inn and the Temple of the Way of Light, two shamanic ayahuasca retreats in central and northern Peru, which equip all participants with guidelines for proper dietary preparation. (The full guidelines can be found here and here for your reference.)

Ayahuasca (specifically, Caapi vine, one of two principal ingredients in the ayahuasca brew) is an MAO-inhibitor, meaning it temporarily inhibits the activation of the monoamine oxidase (MAO). This enzyme is essential to process the amino acid tyramine, so it’s important to refrain from eating foods high in this amino acid — otherwise your body could reach toxic levels that cause headaches or hypertension. Foods that contain tyramine include:

Other Foods to Avoid

In addition to foods high in tyramine, you should avoid:

In the weeks leading up to the ceremony, many centers strongly suggest that you stop the following prescription drugs:

These include cocaine, amphetamines, opiates, marijuana, and MDMA. It’s also best to avoid other psychedelics like LSD and psilocybin.

How vital it is to remove all of these substances from your diet varies from source to source, but most agree that it is essential for your safety to avoid pork, street drugs, and sexual activity for two weeks before and after a ceremony.

Just as important as physical preparation is the mental cleansing you do in the time before the ceremony. Many retreat centers suggest you engage in a mindfulness practice like yoga or meditation and to set a clear intention for your experience. The more specific the intention, the better the chance is you’ll get a clear answer to whatever you are hoping to learn from the experience. Continuing these mindfulness practices after the ceremony will also help you integrate any lessons you learned into your daily life.

When you prepare yourself in these ways for any ayahuasca ceremony, you ready your body and mind to be in the best possible position to receive the teachings of ayahuasca. Sometimes you can’t properly prepare for it, like in my case, when an impromptu opportunity presents itself. I certainly don’t regret jumping headfirst into an ayahuasca ceremony — the benefits I gained were still innumerable — but I know that if and when I get an opportunity to attend an ayahuasca ceremony again, I will prepare myself for it, physically, mentally, and spiritually. 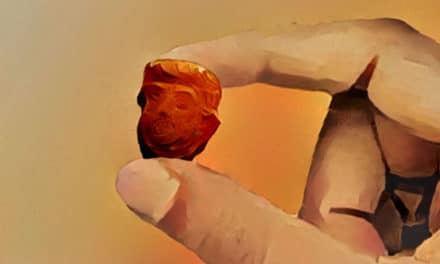 What Can Trump-Shaped MDMA Teach Us About How Our Drugs Are Made? 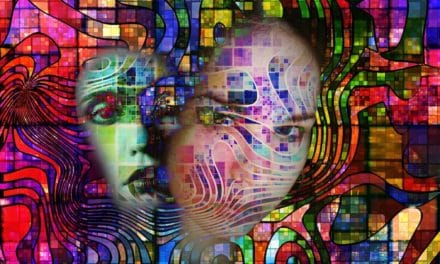