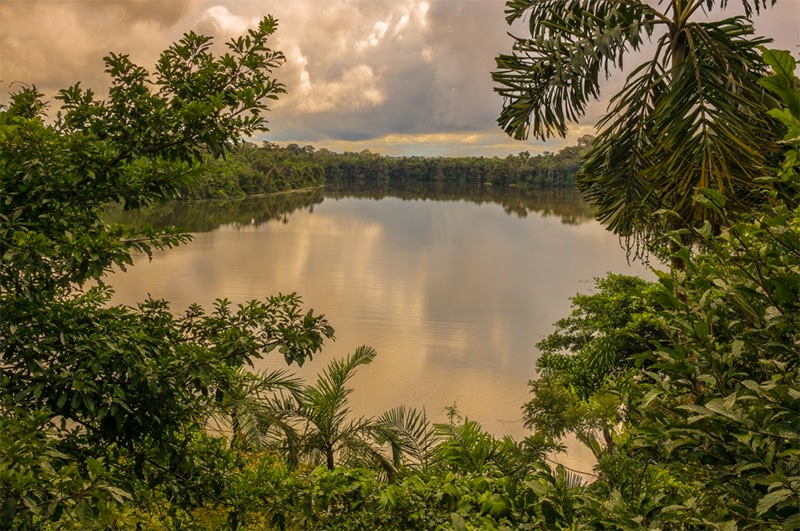 According to the indigenous people of the Amazon, the discovery of ayahuasca, a ceremonial brew used for centuries for physical, mental, and spiritual well-being, came from communication with the plants themselves. Wherever it came from, ayahuasca has gained an international reputation for being a powerful catalyst for personal growth, and a subject of interest and study in modern Western science.

While talking with plants may sound like a fantasy, countless ayahuasca consumers report that the brew allows someone to commune with nature, plants, and animals, in addition to reviewing their life decisions and releasing traumas and addictions. This ability to take participants on a deep journey of personal and natural communion, from an entirely new perspective, is what lies at the heart of ayahuasca’s healing potential.

Purging and Renewal: A Journey from Darkness into Light

One of the signature effects of ingesting ayahuasca is what is known as “la purga” (the purge). This doesn’t happen 100% of the time, but often people will experience a period of purging after drinking the brew. While purging can be intimidating for those considering ayahuasca therapy, it is understood in traditional wisdom as a very important step in the cleansing and rebirth process that ayahuasca provides. Drug addicts and veterans who suffer from PTSD have reported that the purging process represents the death of the broken self. They report that when they get to the other side, when they have relieved and released the trauma and addictions that they have held inside, they are born anew, with an entirely new outlook on life. With the release of the old comes a choice for how one decides to live in the future, and the destructive ties to past habits and events are dissolved and released through the ayahuasca journey.

Interestingly, studies have also shown that “the purge” can be physiologically healing as well, by clearing the body of worms and parasites both through vomiting and through the parasite-killing alkaloids present in the ayahuasca leaves. In this way, the physical benefits reflect the psychological ones. Ayahuasca compels the drinker to face their darkness, expel it for good, and see the world and the self with new eyes.

New Studies Give Credence to Tradition

Western science is beginning to take note of and study the beneficial effects of ayahuasca in both traditional and clinical settings. A 2013 study by Canadian researchers linked the use of ayahuasca to a reduction in addictive tendencies to alcohol, tobacco, and cocaine[1.Ayahuasca-Assisted Therapy for Addiction: Results from a Preliminary Observational Study in Canada. Current Drug Abuse Reviews, 2013. https://www.maps.org/research-archive/ayahuasca/Thomas_et_al_CDAR.pdf]. The study called for more rigorous research into ayahuasca therapy as a means of assisting with substance abuse recovery.

Other reported lasting effects of ayahuasca include a greater sense of self-empowerment, increased mindfulness, and an overall sense of well-being. These effects of ayahuasca therapy are beneficial to everyone who chooses to take an ayahuasca journey, and are especially helpful for addicts or trauma sufferers taking steps on a new road to recovery.

To stay up to date on the latest ayahuasca news, click here to sign up for our newsletter.