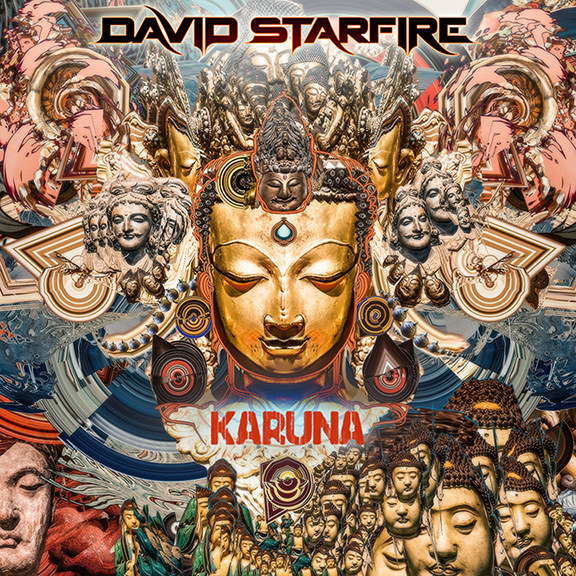 One of the driving ways psychedelics have become more mainstream in recent years is through the culture that emerges from art and music festivals. From Burning Man in the scorching Black Rock Desert to Envision Festival in the lush jungles of Costa Rica, electronic musicians and visionary artists are sitting at the heart of a festival movement that embraces radical self-expression, environmental awareness, indigenous wisdom, and the transformative power of psychedelics. This is not to say that all people who produce, contribute to, or attend art and music festivals are psychedelic users, but the influence of psychedelics on these festivals is vividly undeniable.

David Starfire is no stranger to the festival scene as a prolific electronic music producer who has played at scores of major festivals across the world. We had a chance to speak with David about the influence of psychedelics in the evolution of electronic music, the importance of harm reduction services, and his exciting new album Karuna that benefits Burmese refugees.

I think that psychedelics have definitely played a role in festival culture. In the 90s, psytrance was the first international genre of electronic music that emerged out of the psychedelic scene. There were pockets in Israel, Goa, Russia, Australia, USA, Amsterdam, South America, Canada, and all across the globe. It was underground, but it was everywhere, and they started to have their own festivals, art, and apparel. There were festivals like Burning Man that had psytrance in the late 90s, and even though it was mainly an art festival, psytrance culture was very apparent. In 1998, Shpongle was the headliner there at the Community Dance, which was the main stage on the night of the burn. Psytrance became faster and harder, and people wanted something more chill, so then came

There were festivals like Burning Man that had psytrance in the late 90s, and even though it was mainly an art festival, psytrance culture was very apparent. In 1998, Shpongle was the headliner there at the Community Dance, which was the main stage on the night of the burn. Psytrance became faster and harder, [but] people wanted something more chill, so then came psyambient, which was a downtempo version of psytrance but much slower and deeper. Then came psydub and psychill, which was similar to psyambient, but had a dub feel with subsonic bass that rattled your ribcage. As music changes and grows, so does the culture and festivals and they go hand in hand.

Festivals are becoming more transformative, and I believe part of the transformation is [from] people taking psychedelics and being “transformed.” Psychedelic music, art, and culture is on the rise because of festivals.

I think we are entering a new era similar to the late 60s, with psychedelics going mainstream. You can see this with Silicon Valley and dot-coms featured in recent articles talking about [using] psychedelics [to] “think outside of the box.” There’s also recent research that’s been allowed by the government to have trials with psychedelics for PTSD and depression. I think all of this recent interest started with festival culture and can be traced back to the music and the need for a place for people to come together.

Fans of festival culture will often be quick to point out the benefits that psychedelics have for awakening people to their full potential and plugging them into community, self-expression, environmental awareness, and consciousness expansion. But there’s a dark side to psychedelic use, too, particularly when people buy drugs that are mixed or substituted with harmful alternate chemicals, or when people get in over their heads without proper set, setting, and support. How important do you think harm reduction practices at festivals are, such as organizations like DanceSafe‘s onsite drug testing and Zendo Project’s sanctuary spaces?

I was at Shambhala last summer and DanceSafe had a booth there, and at any given time there were about 200 people in line. I’m not saying that people should do drugs, but I think that if they do, they should find out what’s in them and if they are safe. There are too many people trying to make money off of bad pills — it can be very dangerous and even lethal. Sanctuary spaces are very important because people need a safe space and caretakers that know what to do when someone is too overwhelmed. People are going to do drugs, and there is no stopping that, so there should be facilities in place for people to be safer.

Your latest album Karuna features cover artwork by Android Jones and a track that includes spoken word from Alex Grey, two of the most prominent visionary artists working today. What was it like working with these eminent psychedelic artists?

I’ve been friends with both of these amazing artists for many years and grateful for them contributing to the album. I had performed at COSM last Halloween. We were sharing some of our experiences about oneness, and he had some incredible insight. I had told him about my project and how it would be great to record him talking about oneness and use it in a song. He then mentioned that he had recorded an “Art Psalm” or poem called “The One,” and that I could use it in a song. I was amazed and so blessed that he let me use it — it’s the first time his voice has been featured on an electronic song.

I have been friends with Android Jones and appreciated his art for years. He had created art for many of my friends and knew that one day I wanted him to make art for one of my albums. We were hanging out at Shambhala last summer and I had talked to him about the album. That conversation then developed into him creating art for the album cover and became a stunning art statement that epitomizes the beauty and depth of the album. I am so thankful that these two renowned artists were a part of the album and forever indebted to them for their contributions.

One of the gifts that psychedelics often bestow to people is a greater sense of empathy for others. Karuna is a benefit album that is pledging 100% of its proceeds to Burmese refugees, which is amazing! What inspired you to create an album for this cause, and was it harder or easier to put the album together knowing that you had no direct personal financial incentive?

I had visited many places where people are very poor and knew that one day that if I was in a position to help people, that I would. My gift to the world is my music, and with it, I hope to help people and to have a lasting impact on their lives. I was in Thailand in 2012 and became aware of the Burmese refugee situation and knew that I had to help them and also bring their music and instruments to the world. I was familiar with the nonprofit, Thai Freedom House, and that they were a grassroots organization doing great things. I had an idea to launch a Kickstarter to fund the trip to make the album, and when the album was released, to give 100% [of the profits] to them. It was all just a dream that became a reality and the greatest gift is to help others. I believe that, as an artist, that you should give back, and that helping others is helping yourself. To quote the Beatles: “I am he as you are he as you are me, and we are all together.”

Thanks for speaking with us, David!

As David told us, it’s undeniable that the rise in popularity of music festivals has exposed more and more people to psychedelics, but it’s important for festival-goers to remember that psychedelics should be used responsibly and with proper intentions. Whether you’re interested to treat an acute ailment like addiction with ibogaine therapy, or you want to bring greater psychospiritual connection to your life with an ayahuasca retreat, psychedelics can provide an alternative to mainstream options like prescription drugs and twelve-step programs. If you’re interested in a psychedelic retreat or clinic, we at Psychedelic Times can help find the right option for you. 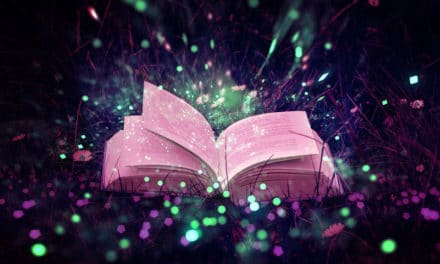