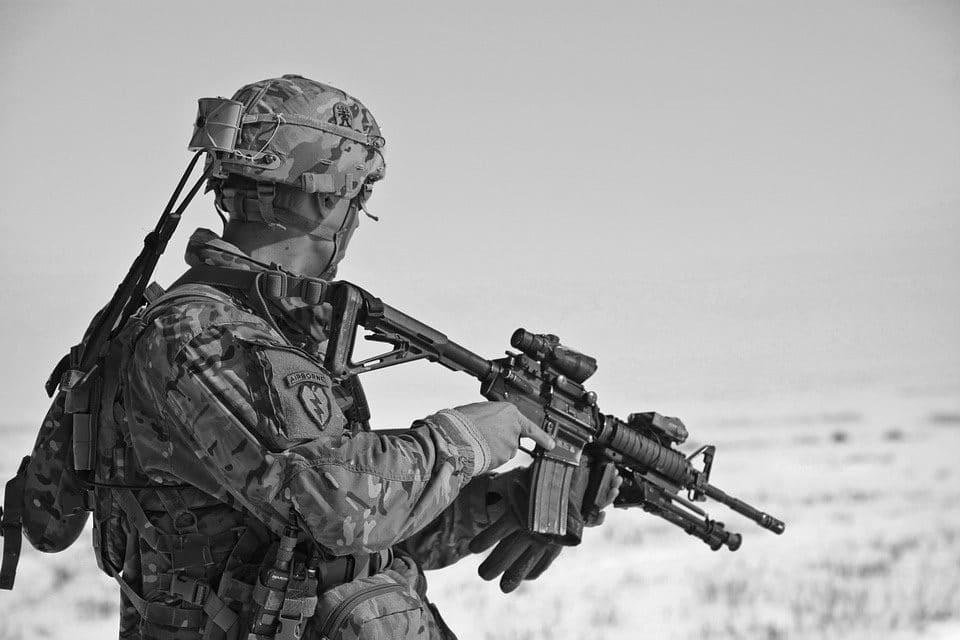 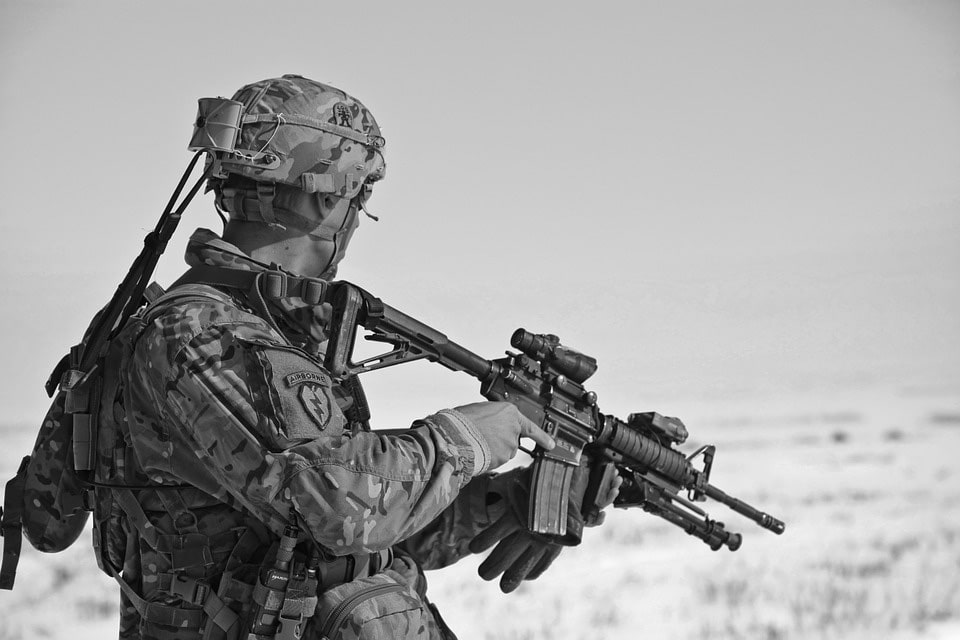 The subject of this interview is an anonymous military psychologist and Afghanistan war veteran. In addition to his role as a psychologist helping soldiers, many of whom have post traumatic stress disorder, he himself dealt with years of severe PTSD and suicidal ideation after returning home from Afghanistan. When an opportunity arose to participate in the MAPS Phase 2 clinical trials of MDMA-assisted psychotherapy, he went through the study and was among the 76% of subjects who no longer had PTSD after treatment. In this interview we discuss how trauma impacted his life, the incredible success of the MDMA treatment, and how important it is to bring this therapy to those who are verging on breakdown and suicide.

Thanks so much for speaking with me today; I’ve been looking forward to this conversation. I really appreciate that you are willing to speak about this important subject. Can you start by telling us a little bit about yourself?

I’m a psychologist in the military. Previously I was enlisted and deployed to Afghanistan, and now I work full time with my troops, the majority of which are coming in with PTSD-related symptoms. Currently what’s considered the gold standard for PTSD is called PE- prolonged exposure- or cognitive processing therapy. Both of them have a pretty high dropout rate, and while they reduce PTSD symptoms, they don’t cure it. The PTSD symptoms also seem to come back under stress, which is very demoralizing for a lot of our troops. With the MDMA-assisted psychotherapy, what I’ve found is that it doesn’t seem to reduce the symptoms, it seems to eliminate most of them. I don’t meet the criteria for PTSD anymore, and under stress they don’t come back. This has been a game changer for me, so I’m happy to speak out. I think it will be a game changer for PTSD and suicide prevention in the military, and it’s kind of heartbreaking that I can’t offer it to my patients now.

Can you speak about your own experience dealing with PTSD and the MAPS trials that you were able to go in to?

My first time back from Afghanistan I was initially just very happy because I hadn’t thought I was going to come back alive or have all my body parts. So when I did, I celebrated that the first year. But even then I noticed certain things, like I would scan for snipers all the time, or freak out if I had to pass an old beat up Toyota because I thought it would blow up. Those symptoms got worse over time, to the point where I couldn’t even go out in public, I would just go to work, go to the gym, and then come straight home.

All my friends started noticing that I was turning everything down, I found myself getting very irritable all the time, and started drinking a whole lot more. I’m not sure how I managed to stay in the military, it was basically all I could do just to hold it together, but my work helped because I could just focus on my patients with PTSD and ignore my own problems.

I was working all the time or drinking, that is all I did for years until MAPS came along. I got into their program, and it was a complete change. From the very first treatment session [the trials involve 3 separate MDMA-assisted psychotherapy sessions over 3 months], all thoughts of suicide went away.

One of the problems with treating PTSD is that avoidance is one of the symptoms, so people drop out of traditional treatment very frequently. It’s so difficult for them to deal with the trauma that they cant handle it, but MDMA it seems to reduce the activity in the amygdala so they are able to think about the trauma without getting overwhelmed by it.

So for me in the first treatment session, I was able to think about what happened in a logical way without getting overwhelmed and shutting down. And when I did that I was able to realize “Wow, I see now that my buddies would have died no matter what I did”, which was really relieving. When I realized it wasn’t my fault, a lot of guilt went away.

The second treatment, I was able to focus on a mass casualty situation. A psychologist’s role is triage for mass cal downrange. I was very angry about it, for being put in that position. I’m not a physician, I’m not a nurse, I was like “What was I doing?” I felt like I was incompetent. But under the medication I was able to think about it and realize, actually I was competent, and nobody died because I didn’t know what I was doing, I was just doing what any combat medic was trained to do in the military- whether you are a physician or whether you are just infantry, everybody gets that basic level of combat medic training, which was basically stopping bleeding, dealing with chest wounds, things like that that. All that sense of horror and helplessness downrange went away, as well as the guilt.

The third medication session I was able to focus on my experience working with torture victims in Afghanistan, and just the sense of horror related to that. After that, I had no symptoms anymore of PTSD, other than occasional hypervigilance, but in my mind that’s just situational awareness. On a scale of 1-10 where 10 would be hypervigilant, I was like a 13 all the time before treatment. But now if I get any hypervigilance at all, it’s like a 2 or 3 on that same scale. I’m able to recognize and say “Ok, it’s probably a good thing to be extra aware in this situation” so I don’t have to freak out anymore or be stressed.

Since then I’ve enjoyed a different perspective on life, and of course no thoughts of suicide. That’s just incredible because before I got into the study, I had made up my mind to kill myself once my parents passed away. I had those thoughts daily for years. Everyone I know who has been through the treatment had the same experience, they all had thoughts of suicide with their PTSD, and they went away.

I’m really excited about this in part because I work mostly with suicide prevention in the military, and this is going to be a game changer. The MDMA made it possible to address what happened downrange in a way that nothing else had, and it was gentle, I wasn’t overwhelmed with it, I didn’t feel like I had to shut down. The therapists at MAPS were incredible; they didn’t push me, but they gave me permission to “go there” and deal with it. That was my experience.

Wow, that is powerful and I am so glad that you were able to find that healing, and that you are still with us.

This has been life changing. The time since the treatment has been the happiest of my life ever. Even before Afghanistan. I’ve never been this happy, this worry-free, and I haven’t used any drugs since the treatment. There’s been a major reduction in my alcohol use, I’ve started exercising more, and I found I don’t dislike who I am– mI honestly love who I am. And if I like who I am, I should take better care of myself. It’s a feeling of love and acceptance for myself that I’ve never had before. My whole life has changed, and everybody has noticed it. My friends and family have asked “What has happened to you? You used to be so miserable and angry all the time and now you’re just happy and you laugh all the time.”

It’s frustrating as a military mental health provider, I have these guys in my office who went downrange to Afghanistan and Iraq who are struggling, irritable, angry, their marriages are broken, they are thinking about suicide, and I know of something that works. But I can’t offer this to my troops. They are hurting and struggling and it’s extra hard because I know what they are going through because I’ve been there myself.

For cognitive processing therapy, one of the current treatments, they look for what they call stuck points- what’s keeping people mentally stuck in the war where they are not able to put it in the past and move forward. With MDMA therapy, I was able to focus on those stuck points, and under the medication I was able to say, “I’m no longer in Afghanistan, I’m home.” And it’s really an incredible amount of freedom, to realize that the war is in the past and you don’t have to live in the war anymore.

We are very grateful to this psychologist and PTSD survivor for their willingness to share their story. Stay tuned for a follow-up interview later this week where we discuss the broader moral implications of using MDMA therapy in the military. 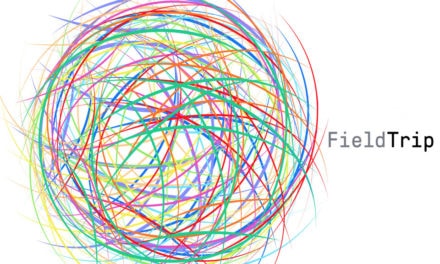 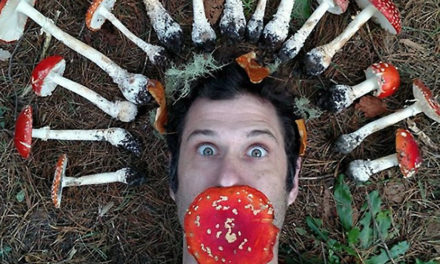