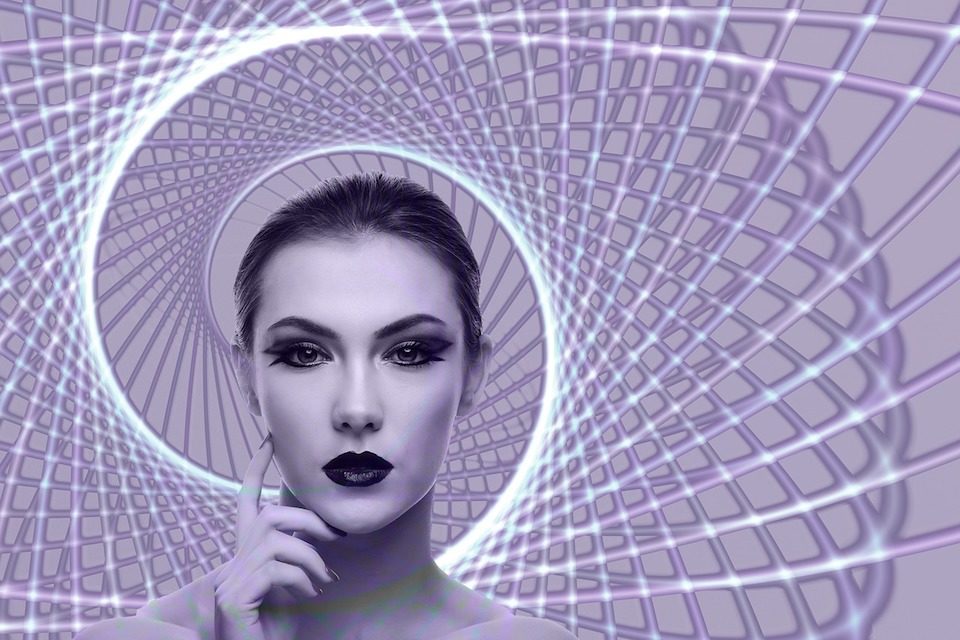 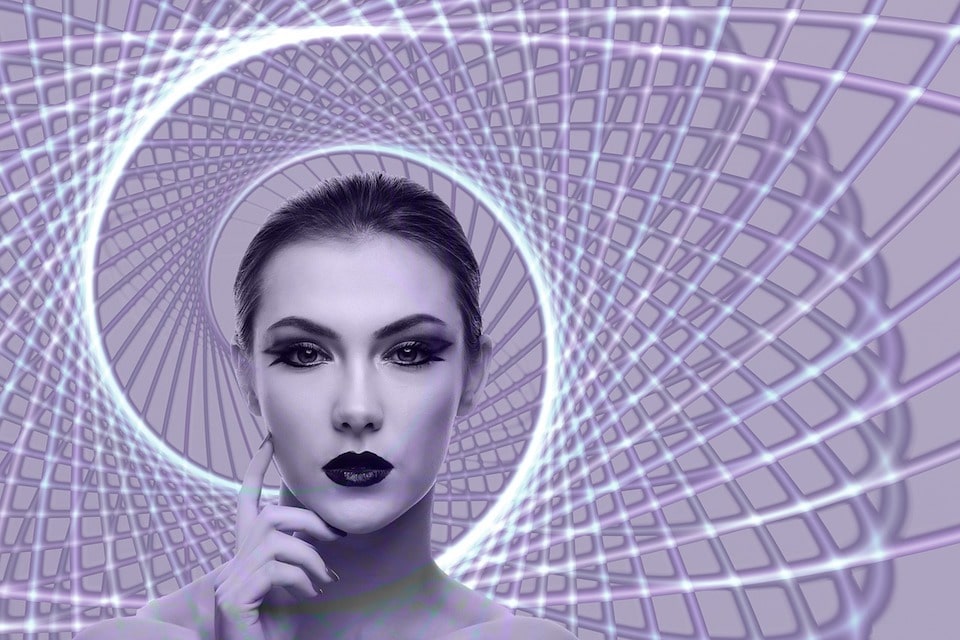 Trauma survivors often have a difficult time dealing with their hardship, but with enough time and focus on self-care, most eventually find ways to cope with their stress and adjust back to living a healthy life. However, others experience intensifying symptoms lasting for months or even years, greatly interfering with their day-to-day lives.

These people are suffering from post-traumatic stress disorder (PTSD), a tormenting condition that can make life completely miserable. It can become absolutely unbearable for some, who end up killing themselves to escape their mental anguish. This is especially prevalent among the U.S. military population, where 20 veterans take their own lives every single day.

An estimated 8 percent of Americans have PTSD at any given time. Traditional treatments have varying degrees of success, with some proving to be mildly effective while others have no measurable impact at all. A reliable treatment option is needed to help those among us suffering from PTSD.

A study published last month in Journal of Psychopharmacology supports the idea that MDMA (the psychoactive compound in the street drug known as “ecstasy”) may be one of the most viable options we have in our proverbial toolkit. It found that 76 percent of participants in a Phase 2 trial didn’t meet the standard clinical criteria for PTSD one year after receiving MDMA-assisted psychotherapy, a quite impressive result.

This is extremely unique because the MDMA is only administered a few times, contrary to the typical medications prescribed for PTSD which are usually taken daily for years, and often for the remainder of one’s life. Could it really be true that taking MDMA and talking to a therapist a couple of times might be a safer and more effective way to treat people suffering from this stressful condition? What exactly did the researchers do to achieve such a tremendous success?

The Study’s Methods and Design

The study set out to help 28 subjects who had been clinically diagnosed with chronic PTSD for an average of almost 30 years, despite attempts with conventional treatments including drugs and psychotherapy. It took place in Boulder, Colorado and featured a two-person male/female therapy team that worked with participants during their experimental MDMA sessions.

The Multidisciplinary Association for Psychedelics Studies (MAPS) provided all funding for the study, which was led by psychotherapist Marcela Ot’alora G.

Participants and therapists worked together in two day-long experimental integrative therapy sessions during which MDMA was administered to the patients. A third MDMA session was also offered, which was intended to evaluate whether it made the treatment more effective than two sessions.

The volunteers’ responses to the treatment were measured with the Clinician Administered PTSD Scale (CAPS-IV), which is a clinical standard assessment tool for determining whether a person qualifies as having PTSD.

At the beginning of the trial, the average CAPS-IV score among participants was 92, and it was clear by the end of the study that MDMA-assisted psychotherapy was an extremely effective treatment option. One year after the final MDMA session, the average score dropped to 31, and 76 percent of participants no longer met the clinical diagnostic criteria for PTSD.

These results support the idea that this form of treatment continues to work after it is administered, long after the drugs have worn off and work with the therapists has concluded. This is much different from traditional PTSD medications, which generally must be taken frequently and for a long time—often for the rest of the patient’s life.

In addition to the positive outcome, it is important to note that there were no serious adverse effects related to the drug. The treatment was well tolerated by all participants, further demonstrating how safe it can be to administer MDMA in a controlled setting.

MDMA is still a Schedule I drug, which has not only prevented PTSD patients from accessing it but has also made research more difficult. After 32 years of hard work, fraught with loads of bureaucratic red tape, MAPS is moving on from its Phase 2 studies to the next and final stage, Phase 3.

Phase 3 trials started earlier this fall, after a minor delay in manufacturing and preparing the MDMA needed to conduct the experiments. The Phase 3 trials will involve 200-300 people at 16 different sites in the United States, Canada and Israel. Assuming the trials go well, MDMA could be a prescribable treatment option by 2021.

This research is not exclusively confined to the United States, either—MAPS is planning to launch European Medicines Agency (EMA) Phase 3 trials in early 2019. These trials will involve 80-100 subjects, and although the European research is expected to be more complex than the FDA studies, data gathered in these trials would provide support for a Marketing Authorization Application for the EMA.

Clearly MDMA still has a ways to go before it can become an officially approved medicine, but this treatment method was given a significant boost last year when it was granted the “breakthrough therapy” designation by the FDA. This classification is reserved for novel treatment options that have demonstrated substantial improvement over existing therapies and it is expected to help MDMA move through the approval process more quickly and efficiently.

It’s also a bit unique, as most drugs given the “breakthrough” designation are for the treatment of cancers and other serious diseases, rather than for mental health afflictions like anxiety and PTSD. And MDMA is no longer alone in that category: just last month, the FDA granted the “breakthrough therapy” designation to COMPASS Pathways for its psilocybin-assisted psychotherapy approach to treating depression.

Assuming the next phase of clinical trials are successful, both of these psychedelic medicines will be legally prescribable in a few years’ time, providing much-needed assistance that has been a long time coming.

Although this is all great news, MDMA still won’t be available to the vast majority of people who really need it until at least 2021. This leaves several thousand people in a precarious position—unable to legally access the treatment method that might have the greatest chance at helping them overcome their condition. Some will turn to the black market, which is unregulated and illegal. Others will travel to other countries to work with psychedelics legally (or at least in a gray area.) Many will tragically end their lives, unable to bear the weight of their perpetual mental anguish. But there may soon be another option, at least for some of them.

The FDA has a special “compassionate use” program called Expanded Access that allows patients with an immediately life-threatening condition or serious disease to work with an investigational medical product for treatment outside of clinical trials when there are no comparable or adequate alternative treatment options available. MDMA may qualify for this program, which would enable more patients to benefit from its use even before the FDA approves it as a prescribable medicine.

MAPS does not have an Expanded Access program yet, but plans to apply for one in early 2019. Since the program is run by the FDA, only sites in the United States and U.S. territories are qualified to participate in this program. However, MAPS hopes to apply for similar programs around the world at a later date.

If the FDA grants MAPS’ request for such a program, sites meeting a set of requirements would be able to administer open-label MDMA-assisted psychotherapy for PTSD to qualified applicants who are able to afford that option. These patients would have access to a team of therapy providers, a physician, and a proper setting in which to experience this treatment option, which could end up transforming—or saving—their lives.

Looking Forward to a Brighter Future

It’s truly amazing that a treatment method like MDMA-assisted psychotherapy is so effective at helping people deal with PTSD. Not only did the study’s participants find relief during the trial, but they also continued to improve significantly even after it was over.

With last year’s “breakthrough therapy” designation, successful results coming out of current trials, the promise of upcoming Phase 3 studies, and the potential for an Expanded Access program, things are looking more and more optimistic every day for MDMA. Assuming that things continue moving in this direction, this medicine will eventually be available to those who need it most. Hopefully that will be sooner rather than later.