Dancing With the Ancestors: Traditional Iboga Use in Bwiti Culture

In the nineteenth century, the Bantu tribes of Gabon fled into the depths of the jungle to escape persecution from French missionaries. In the process, they discovered the psychedelic iboga plant. Image Source: Flickr User evdaimon

In the late 1800s, the Bantu tribe of Gabon faced serious persecution. French Christian missionaries in western Africa were trying to eradicate traditional tribal belief systems; to retain their cultural identity, the Bantu fled deep into the jungle. Here the Bantus found the pygmy tribes who shared a secret that would change the Bantu people forever—the use of the psychedelic plant Tabernanthe iboga. From this cultural crux of pygmy tribes and Christian missionaries the contemporary Bwiti religion was born, a mix of syncretic Christian beliefs, ceremonial iboga use, and the Bantu’s own animist cultural traditions.

“In church, they speak of God. With iboga, you live God.”

The entheogenic root bark of the iboga plant and the transcendent experiences it invokes is at the heart of the Bwiti religion, making it controversial to some. Bwiti practitioners assert that their use of iboga gives them unprecedented access and insight into fundamental tenets of the Christian religion such as the creation of the world and Christ’s birth, message, death, and resurrection. As one Bwitist religious leader put it, “In church, they speak of God. With iboga, you live God.”[1. “The Bwiti Religion and the psychoactive plant Tabernanthe iboga,” Accessed October 20, 2015, https://www.ibogaine.desk.nl/samorini.html.] The use of iboga is a path to gnosis, a direct mystical experience that does not rely on unsubstantiated belief, which is why it is at odds with conservative and didactic Christian sects. Despite having some detractors, today Bwiti has grown into a prominent religion in Gabon that enjoys the support of the Gabonese government. Gabon’s first president Léon M’ba was a Bwiti initiate, and in recent years the Council of Ministers of the Republic of Gabon declared iboga a national treasure.

The Bwiti religion emphasizes the value of direct communion with ancestors and spirit through community building and the imbibement of iboga. Weekly mass ceremonies called ngoze occur every Saturday night into Sunday morning. These ceremonies provide a time for people in the tribe to feast, dance, and enjoy a state of communal bliss that is referred to as nlem myore, or “one heart only.” These ceremonies involve lively music, colored costumes, and intricately choreographed dances that are highly energetic and performed for long periods of time. Small to moderate doses of iboga are provided at these ceremonies as a sacrament, with the intent on facilitating communal joy, revelry, and spiritual communion without pushing people into the further depths of an iboga experience where one would lose touch with reality

Higher doses of iboga are reserved for initiation ceremonies in which a new person joins the Bwiti community or special instances like a community member dealing with trauma, health issues, or coming of age. These more somber and reflective ceremonies last for three days and involve offerings to nature and symbolic bathing. Community supporters carefully tend to the new initiate. Large doses of ibogaine can result in complete disassociation with reality for extended periods of time, which can lead to powerful revelations as the initiate speaks with their ancestors or even religious figures such as Jesus, the Virgin Mary, or God. After the iboga runs its course, the initiate shares their experiences with the rest of the tribe and is then considered a full member of the community henceforth.

There are parallels that can be drawn between Bwiti iboga use and other modern uses of psychedelics. For example, Ngoze ceremonies’ emphasis on music, dancing, and creating an atmosphere of blissful revelry and bonding is reminiscent of the western “rave” culture that developed around MDMA and rhythmic electronic music in the late twentieth century. Terrence McKenna often pointed to rave culture as a symbol of an “archaic revival” or reemergence of tribal values that he saw as latent in the human psyche. McKenna saw tribal ceremonies as highly valuable exercises that allowed people to fully express themselves and escape modern cultural repression. The experience of “one heart only” is nearly identical to the rave scene’s own concept of P.L.U.R., which stands for Peace, Love, Unity, and Respect. Both of these groups (and others too numerous to mention) are working towards similar goals and rituals, giving credence to McKenna’s concept.

The therapeutic use of iboga during initiation ritual also closely mirrors the emerging science behind psychedelic therapy. Scientific research has shown that many psychedelics, when used responsibly and in a closely curated set and setting, can have immensely positive effects on people dealing with stress, trauma, PTSD, addiction, terminal illness, and much more. Through their generations of iboga experience, the Bwiti intuitively understood the value of iboga for treating issues such as these. Modern research is now validating their practice, helping us to create a template for safely and effectively administering iboga and other psychedelics for healing and personal growth. 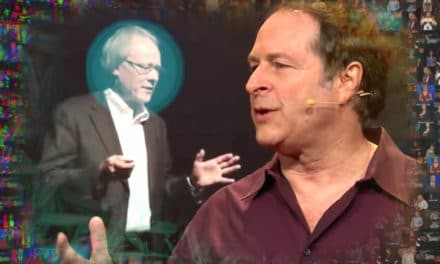