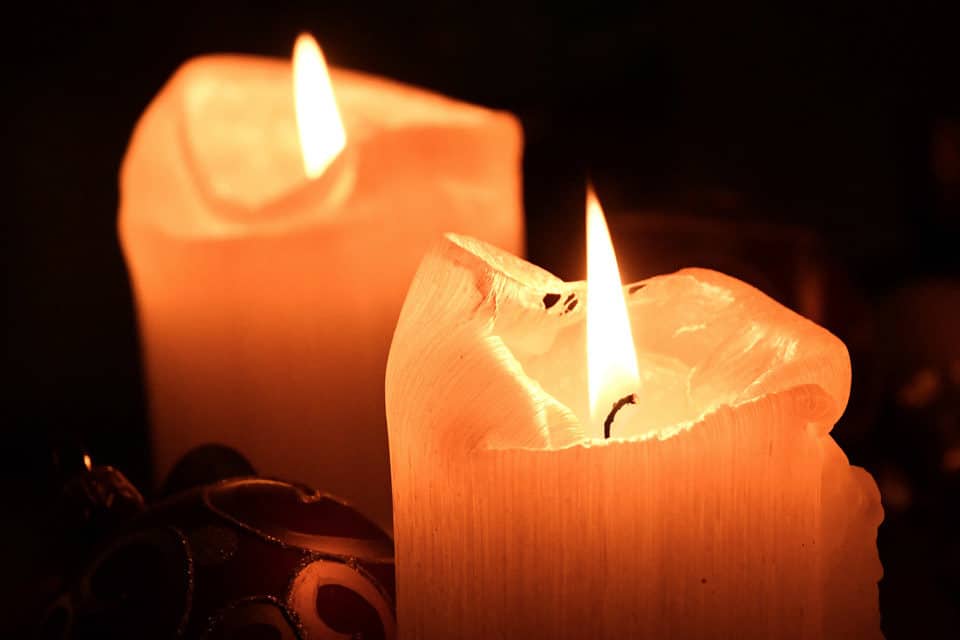 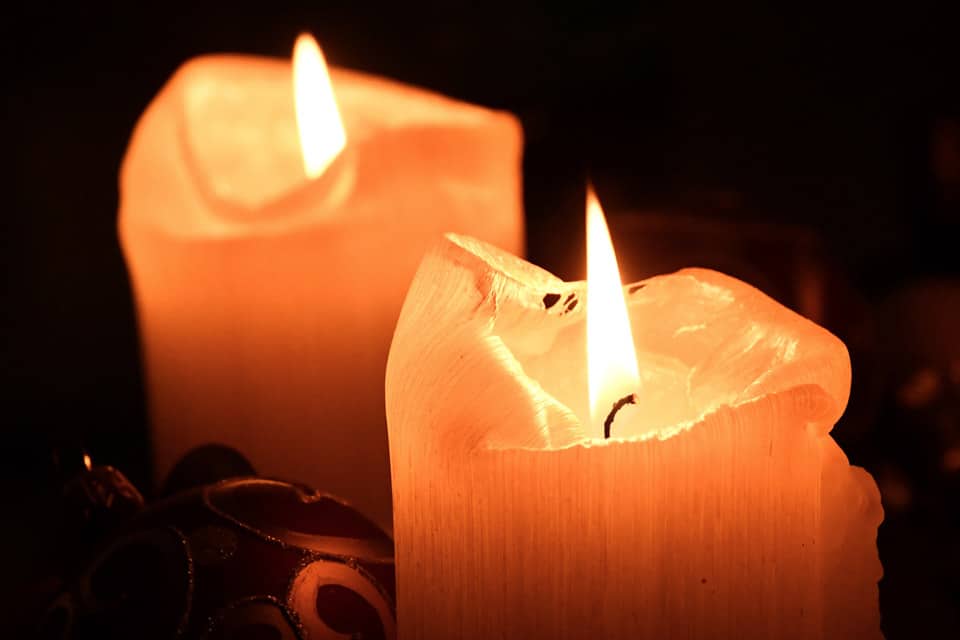 I know what you’re thinking – “A 30-day sananga challenge? Are you insane?” The short answer is yes, but it’s not because I squeezed burning hot eye drops into my eyes every day for 30 days… I was crazy long before that.

This is a story about my experience working with sananga, the plant-based eye drops brewed from the Tabernaemontana genus of Amazonian shrubs, for 30 days in a row. As if that weren’t enough, I’ve continued experimenting with sananga off and on for the past several months. Before my tale begins, let’s explore what sananga is and why you might consider trying it.

Sananga is a potent eye medicine that has been used by traditional Amazonian tribespeople for many reasons, including its ability to sharpen night vision. Some tribes in Brazil use sananga prior to ayahuasca ceremonies because they believe it has a healing power that is more energetic than physical, increasing spiritual insight in those who use it. Many people today also use it in conjunction with kambô or other psychedelic plants and chemicals.

Among its myriad benefits, sananga is said to be capable of detoxifying the body, increasing visual perception, resetting the energetic field, and treating spiritual diseases (also known as “panema”) that spring up from negative energies in the body.

There is not a large body of existing scientific research on sananga, but the data we do have indicates that these eye drops may be capable of treating ocular diseases like glaucoma, astigmatism, and blindness. Sananga has been shown to be anti-inflammatory and effective in treating skin infections due to its antimicrobial properties. Research into other plants in the Tabernaemontana genus found that they have antifungal and antioxidant properties, which can play a role in preventing cataracts and macular degeneration.

Sananga eye drops engender an intense burning sensation that typically lasts for a few minutes. Experienced practitioners claim that the pain is an important part of the healing process. They advise breathing deeply into the discomfort in order to reap all of sananga’s benefits. Sananga is commonly used in preparation for ayahuasca ceremonies due to its cleansing properties and capacity to increase visual perception and enhance colors.

The strength of this medicine can vary significantly—one batch of sananga may be far more potent than another. The eye drops will only remain fresh for a few weeks without refrigeration, but can last for several months when refrigerated.

I hadn’t even heard of sananga until the co-founder of Psychedelic Times, Joe Mattia, told me about the eye drops last November and suggested I give them a try. I acquired a batch shortly after that conversation but it took me a few months to work up the courage to jump in.

Once I was ready, I prepared an area of my house in order to embark on my first journey with sananga. I dimmed the lights, lit a candle, laid back on my couch, took a few deep breaths, and administered one drop into each eye. Then I quickly screwed the cap back on and gently set the vial down on my coffee table. Right away, I felt a burning sensation in my eyes. It seemed like the sananga was being reapplied with each and every blink, and I continued breathing deeply while I braced myself for several minutes of pain.

But instead, the pain subsided fairly quickly—in 30 seconds or so. “It wasn’t really all that bad after all,” I thought to myself. I collected my thoughts and tried to assess what had just happened. I had experienced some mild pain, but not much else, really. I wanted to learn more about why people use it, and so I committed to dosing myself with sananga everyday for 30 days.

A few weeks into my challenge, I invited a friend of mine to try sananga, which she did on a few separate occasions. She published a post on Instagram shortly after her first time with the eye drops. The caption read, “I experienced an immediate, strong head rush followed by a powerful sense of euphoria and lightness.” I was happy that she felt some effects from using the sananga, but it prompted me to question my own experience because I hadn’t felt much aside from discomfort. Was I somehow overlooking these effects and feelings, or could it be possible that they just weren’t happening to me in the first place?

Toward the end of the 30 days, I spoke with Joe again and told him about my experience with sananga. He said that the eye drops had likely weakened because I waited too long to use them, so I got another batch.

It was immediately apparent that the second batch was much stronger than the first. The burning sensation was much more intense, and the peak lasted for about two or three minutes before beginning to taper off. This created a sufficient amount of space in which to learn how to breathe through the discomfort, similar to what a yogi might experience on the mat.

After the 30 days were over, both batches of sananga sat undisturbed in my fridge for a little while. Then I packed them up and brought them to the beach with the intention of using them in combination with psilocybin mushrooms.

On the evening of my mushroom experience, I prepared a tea with Syrian Rue—a plant which contains the same monoamine oxidase inhibitor as the ayahuasca vine, and as such is sometimes used in ayahuasca analog brews with DMT-containing admixtures such as Mimosa hostilis. After drinking the Syrian Rue tea, my friends and I drank some mushroom tea and sat down to prepare ourselves for the night’s adventure.

We put on the “Psilocybin I” playlist curated by Mendel Kaelen, a post-doctoral neuroscientist at Imperial College London who specializes in the function of music in psychedelic therapy. Kaelen’s psychedelic music playlists were designed for use in psychedelic research and can be used for therapeutic purposes. The music played an important role in our experience that night, and I recommend that you check out the playlists.

About 30 minutes after we started feeling the spirit of the mushroom, we decided to give the sananga a try.

Using sananga during a psychedelic experience is much different than using it while sober. It quickly opened me up and brought me to a space that felt beautiful, albeit slightly melancholic. I breathed deeply and explored the material that was coming up, as did my friend.

The sananga, aided by psilocybin, enabled us to go deeper into feelings of sadness that were just beneath the surface of baseline consciousness. Was this sadness an example of panema? Did negative energies in our bodies create spiritual disease?

I honestly don’t know the answers to those questions. However, I do know that using sananga during a psychedelic experience was a positive experience for us, and it helped me sit with powerfully somber emotions that came up without letting them carry me away. I’m not sure that I can claim to have experienced a significant change in my visual perception with the eye drops, because although I felt like my vision became clearer and sharper after using them, that might have just been a placebo effect.

After it started to get a bit funky, I added the first batch of sananga to my compost. I’ve used the second batch a few times since the beach, and have even considered doing another 30-day sananga challenge.

All in all, my experience using sananga every day for 30 days (and a handful of times afterward) was extremely positive, and I would certainly use it again during a psychedelic experience—especially if I were looking to explore challenging or serious material.

You might be wondering if you should give sananga a try. At the end of the day, it’s up to each person to make that decision, but I can say that I have found sananga to be very helpful in learning to embrace discomfort and sit with difficult thoughts and feelings.

If you’re interested in experiencing the healing power of sananga, you can administer the eye drops yourself, but it’s important to find a reputable source and to educate yourself before use. If you want to learn more about the proper set and setting for your personal sananga ceremony at home, we can help guide you through proper set and setting, intention, and integration.