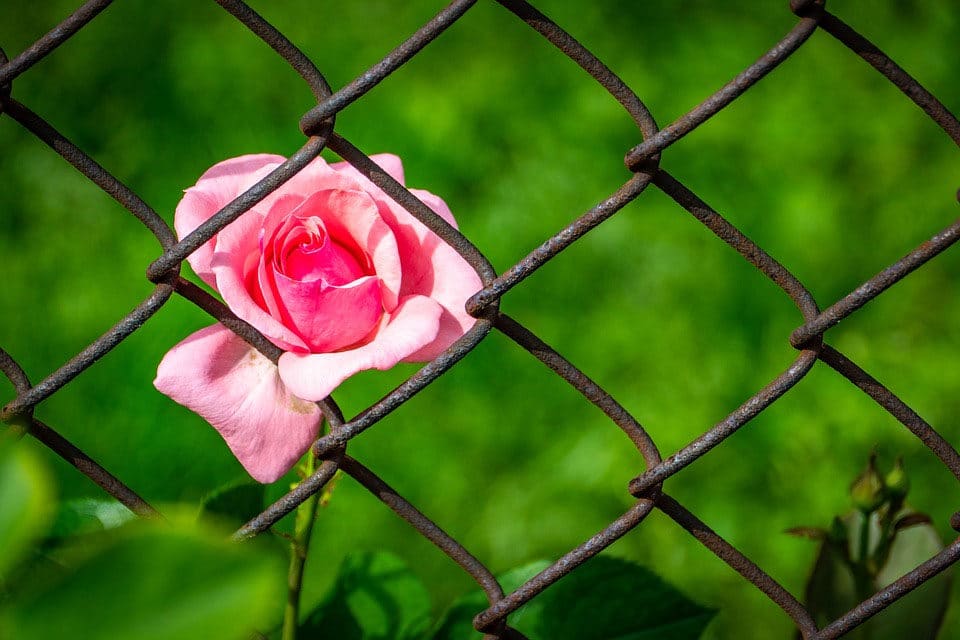 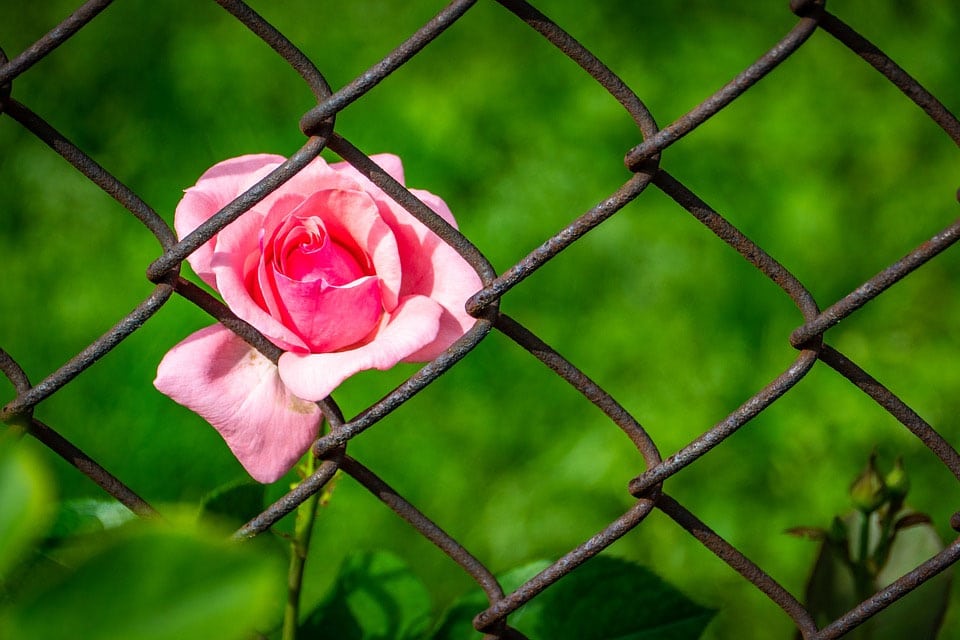 In our previous interviews with author and occultist Julian Vayne, we discussed his book Getting Higher, festival psychedelic use, and the joy of psychedelic experiences. More recently, Julian is spearheading an effort called Scales of Justice to bring awareness and support to psychedelic prisoners and people who are in jail for possession or manufacture of entheogenic substances. This project was partly inspired by his work with Leonard Pickard who was arrested in the infamous missile silo LSD bust. Pickard wrote the incredible book The Rose of Paracelsus, which Julian is helping bring to the world through reading and discussing it on the Psychedelic Salon podcast with his partner Nikki Wyrd. We spoke with Julian about his inspiration behind starting Scales of Justice and how interested volunteers can plug in.

Thanks so much for speaking with us, Julian. You recently launched Scales of Justice; can you share your vision behind it?

I’ve been in conversation with various people from MAPS and Psymposia about this idea for a while now. It grew out of experiences I’ve had over the years trying to support various psychedelic prisoners, and out of the continuing relationship I have with Leonard Pickard. I don’t want to split the intention of people who are interested in broader anti-prohibitionist work—I’m really supportive of that, including prisoners who are imprisoned for cocaine and opiates and all other drugs—but I’m really aware of the fact that folks like you and me get to go to psychedelic conferences and drum circles and all these sorts of things. We’re having a great time, and then occasionally I get calls from Leonard, and it’s like what the fuck, this guy is in a crushing situation and has been for 20 years. The more I learn about it, and about things like conspiracy law and Amy Povah’s CAN-DO Foundation, the more I see these laws as crazed and draconian.

Can you elaborate on Amy Povah and the CAN-DO Foundation?

Basically, Amy was in jail for 9 years for conspiracy to supply MDMA. She was partnering with someone who was dealing MDMA just as it started to become illegal, and was apparently gathering money from people to pay his bail, some of whom were his customers, and since she didn’t turn on her husband they threw the book at her. My understanding is that if you, me, and a third person are in a conspiracy to supply a controlled substance, then basically I rat on you so I get a plea bargain, you rat on another person so you get that deal as well, but if the person who’s down at the end of the line hasn’t got anyone to turn in or they don’t cooperate, they get the full force of the law. It’s a terrible thing, because the people who are least involved go to jail for a very long time. If you look at the CAN-DO Foundation’s website, you’ll see many stories like this.

When you look at these people, they are minor league players and the only way of changing this seems to be a presidential pardon. If you look at the case of Timothy Tyler, he was granted clemency by Obama yet it took him two years to be released. He was given a double-life sentence as part of a three strikes policy for selling LSD and cannabis, and served 26 years before he got out.

So what I’m interested in doing through this project is to galvanize our community to look at what we might consider ‘our’ psychedelic prisoners. We’ve got people going to jail for the crime of using substances that we increasingly recognize as valuable medicines, if not something even more significant than that. I want to encourage the global psychedelic community to look at this issue and to really think about this. While we’re having a nice time watching movies like Sunshine Makers and all that, we’re still in this environment of legal censure. Particularly for people involved in production and supply, who often find themselves with really grotesquely disproportionate sentences.

As a community, in between enjoying the psychedelic renaissance, it’s incumbent on us to remember that there are people continuing to go to jail and sometimes even being executed because of these substances that we’re blithely writing about, celebrating and frankly using and taking. And even those people using psychedelics in ways that are now “licensed” almost certainly didn’t use them in that context the first time they tried them. We shouldn’t forget this; we should come together as a community and find some way to change this. So the idea of Scales of Justice is that it’s a hub around which I’m hoping a practice will evolve. I have a few thoughts about what that might look like, but I’m hoping other people will come and get involved and offer their own contributions. That might be as simple as what I do with Leonard, which is talking with him and being involved in sharing his work and being a friend. It could be as simple as that, or it can include political action, petitions, and so on.

We need to be aware of these cases and support these people in some sense, whether it’s directly communicating with them, crowdfunding for their legal defense, writing on their behalf, or advocating within other organizations like Amnesty International. We talk about the rights of people who are gay, and that’s right and proper, but we should also support people who use psychedelics.

There’s a distinction to be made with psychedelic substances that puts them into a different category. People are often doing these things because they believe these are valuable and important medicines. For example, Leonard Pickard was not making acid for money; he saw LSD as important for human potential and cognitive enhancement. Lots of people who deal with psychedelics in some way believe they are the medicine that our culture and our communities need.

It’s interesting to hear you relate psychedelic users to other minority groups. I’ve never thought of psychedelic users in that way, but there are some parallels. I want to be careful to not draw too close of a comparison here, but psychedelic users are people making an unconventional choice to express themselves and to explore themselves in a way that does not harm others.

Certainly if you look at the argument for cognitive liberty, there are parallels to be drawn there. The main one for me has to do with changes in the kinds of ethics found in our communities. Male homosexuality was illegal in this country [Great Britain] up until the year before I was born, 1967. When that legislation changed, it massively unhinged not just a few hundred years of legislation, but thousands of years of prejudice. That’s one of the things with the psychedelic movement: these transitions of culture, things we considered highly unacceptable—taking drugs—can become something like, “Well that’s just what humans do. Some humans are gay. Some take psychedelics. That’s the way it is.” Pretty much every human takes drugs of one form or another, so I think the best way forward is to recognize this as a human given, and deal with the difficulties through education and compassion rather than incarceration.

Agreed. Even beyond the laws and their enforcement, there’s a much more massive dragnet of stigma that affects everyone. Looking at Denver, I know that despite having had only a small number of psilocybin arrests in their city over the last few years, the fact that they decriminalized psilocybin is seen as this massive seachange and victory. That’s really important. Perhaps similarly for people incarcerated, it’s not just about the individual—although of course we don’t want to forget about these psychedelic prisoners—but it’s also a symbolic victory to be able to pardon or liberate someone who is behind bars for no good reason.

In many of these cases, people are getting longer sentences for producing psychedelics than they would for murder. It’s ethically hugely concerning to me. It’s interesting that we have the full force of the law coming down on these psychedelic prisoners who are involved in the production of these substances.

There are a number of ongoing stories with this. I would just like to bring this situation to the global psychedelic community so that they know what’s going on. Like it says on the website, while we’re busy resetting ourselves with 5-MeO or healing our addictions with ibogaine or opening our heart centers with MDMA, we need to also recognize that there is work to be done in terms of people who have fallen afoul of the law. However we do that, we must do something within our power. Even just by sharing the stories so we know the scale of the problem.

For people who want to get involved with Scales of Justice, what’s the best way to plug in?

One particular thing I’m looking for is people who are interested in doing research into their own country or state and finding out how many people are in jail for psychedelic-related offenses, and what sort of sentences are handed down. Are judges making intelligent choices or being very punitive? Leonard was involved in the largest acid bust ever known, but he is being held in a metal box in Arizona with some of the most violent and troubled people in the US. So even if you think it’s a terrible thing, there’s no reason for this nonviolent prisoner to be held in these obscenely austere conditions. He has not seen a tree for 20 years; none of them in there have. I suggest that the fact that he finds himself there represents a message being sent by the law enforcement system over a substance which we know has tremendous value, a substance seen by many as being genuinely sacramental. We need to do whatever is in our power to change this story. 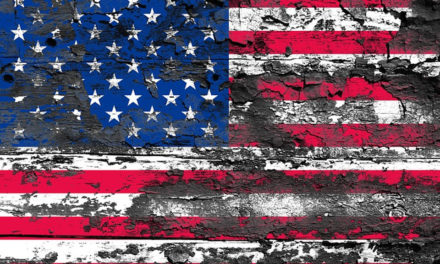 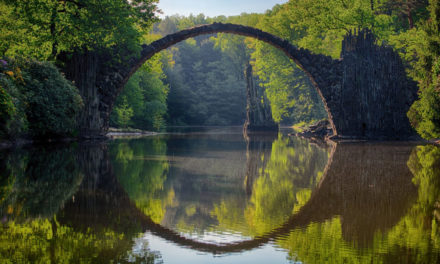