Psychedelic Healing on the Big Screen: Interview with Tyler Chandler, Nicholas Meyers, and Adrianne of the film Dosed

There’s no shortage of psychedelic documentaries to watch in 2021, a genre largely set off by the success of DMT: The Spirit Molecule and now followed by dozens of other films such as Fantastic Fungi, Psychonautics, Soldiers of the Vine, and others. But the recently released film DOSED is something special.

Released in the US in March 2020 and winning Audience Awards at film festivals in Atlanta, Melbourne, and Santa Cruz, DOSED is a film about Adrianne, a suicidal woman in the throes of depression, anxiety and opioid addiction. After she tried literally everything to overcome her past traumas and current addictions and failed, Adrianne turns to the promise of psychedelic healing through psilocybin mushrooms and iboga with the help of her friends and filmmakers Tyler and Nick.

I spoke with Tyler, Nick and Adrianne to hear about the story behind the film, and to share with them why I thought DOSED stood out as a raw yet beautiful depiction of the long, messy road to recovery, and that psychedelic therapies, while they can be immensely beneficial, are often not one-shot wonders or magic pills.

Hi guys, I’m so excited to connect with you today. I loved DOSED and it’s a treat to get to speak with all of you. One of my favorite aspects of the film was how you all seemed very new to psychedelics, so it was not a polished advertisement that skipped over the challenging parts. I’m curious, what was everyone’s level of experience around psychedelics before this film project began?

Tyler: My psychedelic experience prior to all of this was nil. I had done no psychedelics in my life up until, coincidentally, I did a small dose of mushrooms just before we chatted about the documentary. So it was a serendipitous thing.

Growing up, I was one of the people in the camp of being afraid of psychedelics. I would hang out with my friends and drink alcohol, but I had heard of friends having bad trips, and that kept me away from them.

After my first mushroom experience, I realized they were not something to be so afraid of. I had a nice experience with some friends with laughs and appreciation for nature and new perspectives. And it was around then that Adrianne started texting with me and we were chatting about her mental health issues, and that kinda led us down the path of doing a documentary.

Adrianne: I avoided psychedelics for most of my life. I was interested in using drugs and alcohol to numb out and I was very fearful of psychedelics because a part of me knew that it would probably bring things up that I didn’t want to face, and that was very scary for me. I also had friends who had bad trips, so I stuck to the substances that were a coping mechanism for me to completely shut down.

My first experience with mushrooms was in the film. That was a very beautiful experience for me, and sent me on this path of recovery through psychedelics. What that first time showed me was that this was something that would help me recover.

Nick: For me, like Tyler, I was very psychedelically naive, but I had done them once at a party and pretty much was unsurprised to hear they had a medicinal context. When I was at that party, while everyone was around me partying, I was in my mind working on some things and getting clear on how to move forward on big life decisions. So it made sense when we discovered they were being used in this context.

Awesome, that was something that went through my head while watching the film. A lot of documentaries about psychedelics are made by people who are already deeply embedded in that community, and I got the sense watching DOSED that it was just a couple of friends, one of whom was in addiction and the others who happened to be filmmakers, and the naivete came across and it was refreshing. It didn’t feel heavy handed, like “Our agenda is to push psychedelics.” It was like, “We’re in crisis, we gotta try something, we don’t know what’s going to happen, but let’s do this.”

Tyler: Yeah, that was exactly what it was like. It was a little scary for us as well because the media and government have stigmatized psychedelics for so long, and so all you often hear about it are bad trips and negative repercussions. But when we dug deeper, we found the clinical trials and studies from well-respected universities around the world that show efficacy treating common mental health issues like depression and anxiety. This is something we feel everyone should know about, and in time we hope that it becomes an option that is available for people who need it, especially in a time when the medical system is failing so many.

Nick: Even though we were hoping this would be something that worked, there was a lot of trepidation about it because you’re always worried about bad trips (will this cause some kind of imbalance for Adrianne?) but at the end of the day, we had no other options. The medical field had failed Adrianne miserably through all kinds of treatment and prescriptions. She’d been to therapists and rehab and nothing worked, and she was in danger of overdosing with fentanyl-laced heroin every day, and there was no other option but to try the only thing that was left. And we documented it just to see if there was an important message to share with the world.

During the mushroom experience at the start of the film, we see Adrianne trying them for the first time. There’s no experienced trip sitter there, and I could just feel a certain segment of psychedelic people cringing at that like, “oh that’s not proper, you need a trained therapist, etc.” but the truth was that you needed to do something.

Adrianne: Yeah, I was in a position where I needed to try something. I also think that highlights the importance of having best practices and good information out there for safe usage. I think we can all agree that was not an ideal situation, but I’m still glad that I did it. Luckily we found people along the way who knew what they were doing and who could educate us on their safe use. I’m very lucky that I did find that support and it was very helpful for me. Everyone should have access to this kind of information and support.

Tyler: The original idea for the film was actually to interview Adrianne before, during, and after a clinical trial that was starting in Vancouver to test mushrooms of substance use disorder. We thought it would be perfect. But the clinical trial that was supposed to start in early 2018 still hasn’t started today. It’s just government bureaucracy getting in the way, and we couldn’t continue waiting around for that.

This whole process was messy. There were multiple doses, there were multiple psychedelics. There was Adrianne being incapable of telling the truth about her use, which is very common. I felt that showed a very powerful lesson, that these medicines are not magic bullets, that often it is a complicated and messy process. This is the reality for most people in Adrianne’s situation.

I also felt like you did a wonderful job of highlighting the importance of having a team around you. In a sense, it was you guys who were one of the biggest reasons for Adrianne’s success, aside from her dedication to the inner work and of course the helping medicines. I could imagine someone who’s struggling with addiction and finding psychedelics on their own with no one to encourage or assist them or give them the continuity through the experiences. Maybe they try one experience, have a rough time, and then give up. So I felt like that community support aspect, which is so critical in recovery, was very well highlighted in the film.

Adrianne: I was actually just thinking about that last night, how a really big contributing factor was the support and the community I had around me. This wasn’t my first rodeo trying to get sober, and I often say to people, “You can’t do this alone, and you don’t have to do it alone.” Support systems are so important, even if you don’t use psychedelics to get sober.

Addiction is a disease of loneliness and disconnection, and I definitely felt that. Feeling the support of Nick and Tyler and the psychedelic community was really strong, and I felt that was very important for continuing sobriety and integration of the experiences.

It was not an easy journey, it was messy, and there was a lot of hard work that went into it. Psychedelics are not a magic bullet but they are a tool for healing. You can’t take it once and wipe your hands and be done; that’s not how this works. Mental health is a very complex issue, and it’s not cured overnight. I’m over two years sober today, and I still have to work on that every day. Psychedelics have helped me connect with myself. They taught me self compassion and self love, but I still have to do the work after that.

Tyler: Yeah when I first started, Nick and I thought we would film once, and not much would happen, and then we’d put the cameras away and then support our friend with the conventional methods. But that first dose of psilocybin mushrooms really helped with her depression, so we had hope that this path would work. We realized that one session was not going to fix everything, but it set us on the right path. It was a paradigm shift and gave us all the motivation to keep supporting each other and keep going.

As we met more people in the psychedelic space who knew more about their uses for different conditions, they told us about ibogaine and iboga, and how that’s the one most known for opiate addiction.

Nick: One of the providers in the film, Garreth, says “You didn’t get into this situation overnight, and you’re not going to get out of it overnight either. It’s a process.” And we saw that as we watched Adrianne go through this process over time.

These are very disconnected times, even prior to coronavirus. This is a time of more social isolation, and so we are definitely encouraging people to get informed about these issues, and how we can build a more integrated society. We made the film online so that people could watch from home, and our hope is that we can help bring support to this movement and encourage people who are in the same spot Adrianne was. There is hope.

We are very grateful to Tyler, Nick and Adrianne for taking the time to speak with us. You can watch DOSED on Apple TV, Amazon Prime, Google Play, and many other platforms. Also keep an eye out for the upcoming sequel, DOSED 2: Psilocybin and the Art of Living. 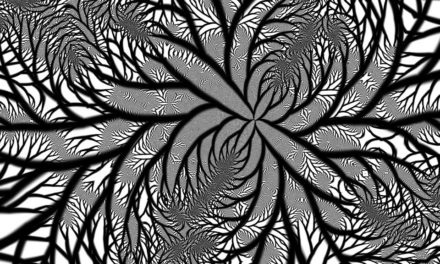 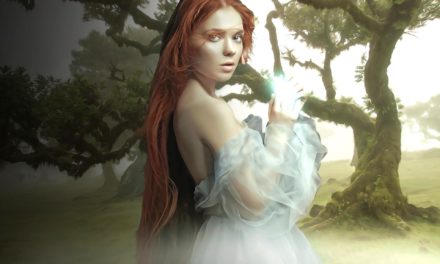 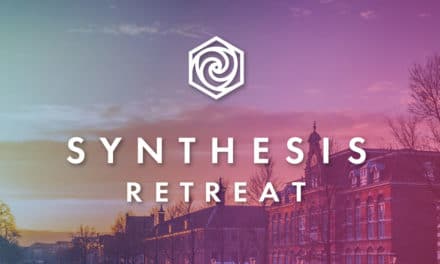 Birth of a Legal Psilocybin Center: Interview with Martijn Schirp of Synthesis Retreat