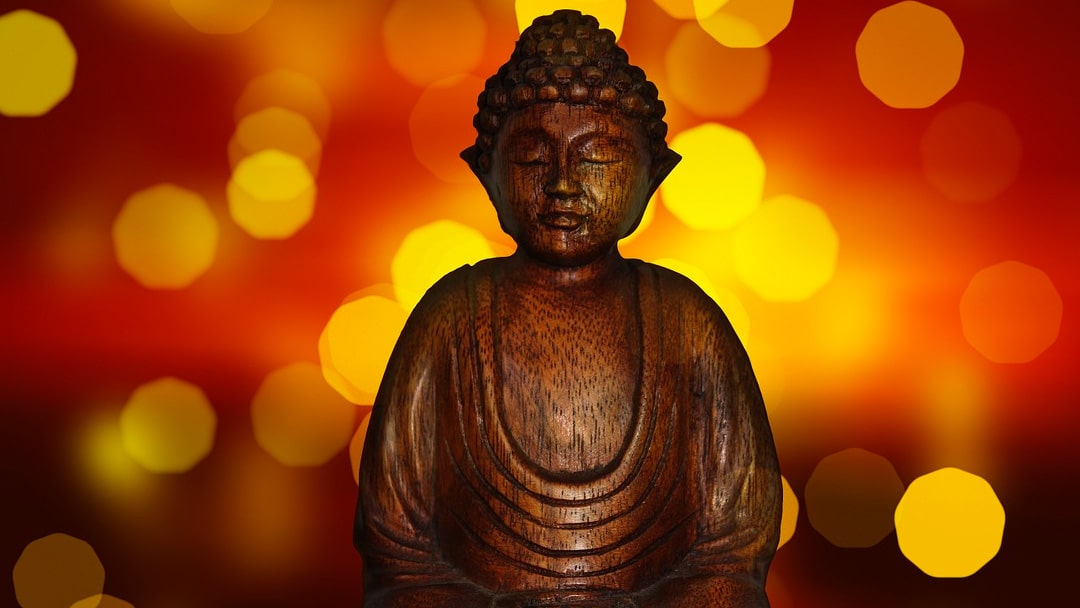 Ancient Buddhist philosophy sheds light on the roots of paranoia in altered states.

For the majority of human history, spirituality has been intertwined with plant medicines such as cannabis, soma, the kykeon, ayahuasca, iboga, and psilocybin mushrooms. While today’s major religions try to hide this fact, researchers are uncovering evidence that strongly suggests visionary plants have even played a role in traditions like Buddhism, Christianity, and Judaism. In the yogic tradition of India- the birthplace of Buddhism- this role is overt with a millenia-old tradition of hashish use by spiritual devotees that continues to this day.

Today’s modern cannabis smoker may not know that they are cultivating a relationship with a plant that has an ancient tradition of spiritual use. When paranoia strikes, clothed as it always is in the personal story of that individual, it is all too often seen as simply “a bad time” or “proof that I suck”, rather than an auspicious moment to reveal and transcend the ego, an opportunity for real spiritual work. Whatever spiritual understanding you ascribe to, reducing fear, deepening your sense of peace, and understanding your own power to direct these forces is the essence of true personal growth.

To unpack this deeper understanding of cannabis and how to work with the challenges and opportunities it invokes, we spoke with Stephen Gray, author of Returning to Sacred World and Cannabis and Spirituality, and co-organizer of the Spirit Plant Medicine Conference happening this November in Vancouver. In this conversation, Stephen applies his own deep understanding of Buddhism to explicate on one of the most common issues that cannabis users face- paranoia- and how we can contextualize it as an opportunity for self-realization.

Thank you again for speaking with us, Stephen. Let’s zoom in on paranoia. What are its roots, and how can it be avoided?

Paranoia is an elaborate construction of fear where you concoct a story of threat, and also an elemental experience that you feel in the body. However you define it, it’s all about the ego; it’s about a threat to “me.” That’s what spiritual work is all about: learning to relax out of the fixed, constricting story of the self and into the unconditioned mind.

In Buddhism, they talk about this cocoon we build around ourselves that requires constant maintenance. Unconditioned reality- which is the way things actually are- is a threat to the ego, which has a desire to constantly protect itself. Because cannabis is an amplifier, it raises the stakes as it were, and that’s one reason why some people don’t like it at all: it threatens the status quo. But that’s why it’s so powerfully beneficial as well. That is the journey of spiritual awakening as I understand it: learning to trust the energy of the moment that is beyond our concepts about reality. 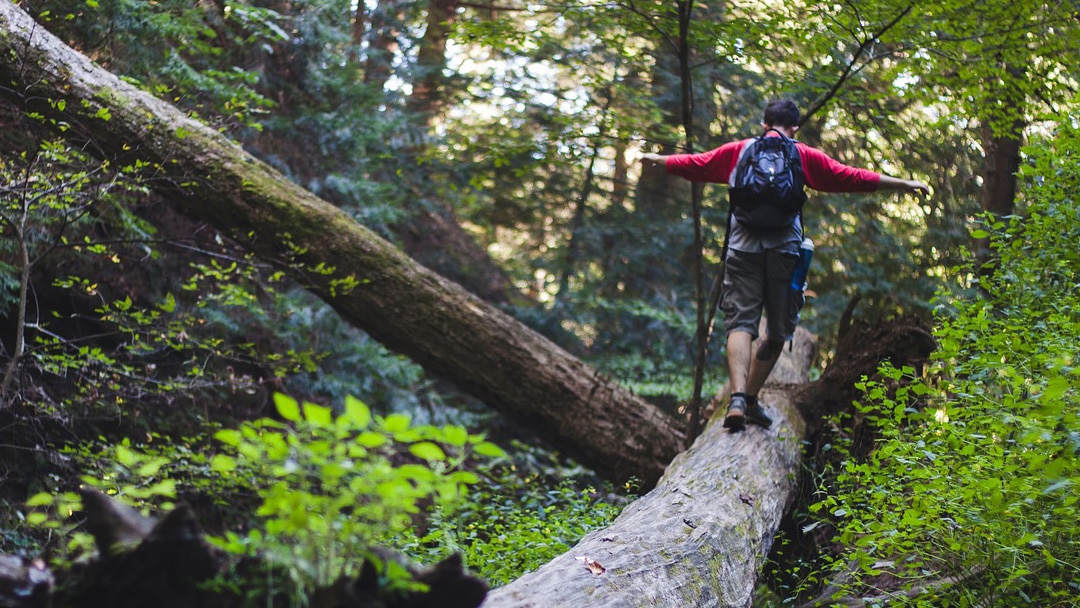 Mindfulness is key to overcoming paranoia when using cannabis.

If your mental stability is fragile to begin with, then maybe cannabis is not your medicine. But as a principle, once your protective ego gets wild and worried and creates a story, one way to deal with it is simply don’t buy it. Don’t buy the story, and let it go. Pay attention to your breath, breathe deeply, move a little, and try to recognize that it’s just a story, it’s not real, and it can dissipate in a heartbeat. I’ve been using cannabis for a very long time and don’t have issues with paranoia, but if I take enough I do feel some physical discomfort. When I use techniques to spill that energy off like playing my guitar, then I don’t feel it anymore.

In Buddhism, they say that the thinking mind is the primary way the ego tries to avoid unconditioned reality. We have these busy minds spinning layers of veils that are overlapping and continuously interweaving. That’s why finding techniques to get out of the thinking mind, at least some of the time, is a whole other way of being in this world.

I’m a big fan of Joe Rogan, who has been an important proponent of conscious cannabis use. One thing that’s pretty fascinating is how he frames paranoia, which he embraces as a kind of useful ordeal to shake things up and really face the darkness and process it.

Yes, perhaps it’s a reminder that we are not all that enlightened, coming face to face with all of that. The ego wants to have it all wrapped up into a tight package. In Buddhist descriptions, there are the six realms, and one of them is called the god realm that is described as being the realm that is the most deluded. In the god realm, you’ve got everything going your way- money, power, everything you touch turns to gold- but there’s this incredible egoism and narcissism along with it. And lurking just underneath is a paranoia that it could all fall apart at any moment, which it generally does at one point or another.

So maybe that’s what Joe is saying: if your self esteem is based primarily on the ego’s game working well, then it’s a reminder that there is some vulnerability underneath. That realization can be very healthy, but you have to work with that energy. If you can learn to let it go and return to center, you can transmute it.

Another Buddhist principle is that of the ”lion’s roar” which says that any state of mind is workable. When you get into the advanced Tibetan Buddhist teaching of the Vajrayana, what people are working with is learning how to open up to increasingly strong energies and transmute them by not fighting with them or turning them into a story. “Everything’s going to hell in a handbasket!”, “I’m exposed!”- whatever your story is, you work with the energy of it. I like to think of cannabis as an energy medicine that way. The more you can get out of your own way, the more cannabis can do its work as a healer.

What are some of the positive things one can do when they are able to channel this energy?

Because of this non-specific amplifying ability of cannabis, you can channel it. The basic meditation of following your breath is the most effective way to work with the plant, but it can also be a supporter, enhancer, and strengthener of a variety of spiritual practices, meaning anything that enters you more deeply into the now. Whether that’s yoga, Tai Chi, chanting, or anything else, if you can keep focused and breathing, cannabis can enhance it.

Commingling cannabis with other medicines is a related but tricky area because, again, it requires knowledge and skill due to the amplifying effects. For example, if you take psilocybin mushrooms, and then an hour or two later you smoke some cannabis, you may find the experience of the mushrooms nearly doubles. If you can channel that energy, it can be fantastic, but for the same reasons you really need to know what you’re doing. Cannabis can also smooth or soothe the effects of stronger medicines like ayahuasca, or it can help with clarity and insights when done at the end- somehow it sharpens people’s abilities to articulate and focus on what they learned during their experience. So I see cannabis as having this humble ability to play a supportive role when used with these other practices and medicines.

We are very grateful to Stephen for taking the time to speak with us about conscious cannabis use and the Spirit Plant Medicine Conference. If you’d like to buy tickets to SPMC 2017, use the code PSYCHEDELICTIMES (all caps) to receive a $22 discount. 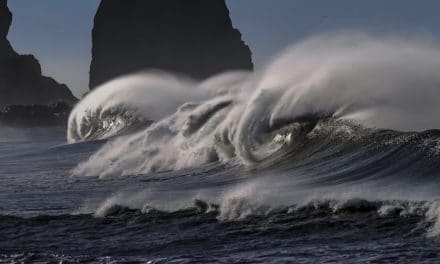