Con Ciencia Indígena is an organization in Mexico that provides workshops and teachings inspired by the Toltec, Huichol, and Mazatec cultures. While these cultures are steeped in wisdom garnered from sacraments such as psilocybin mushrooms and peyote cactus, much of the insights and methods they have passed down are simply ways of being and relating to the world that do not directly involve imbibing these substances. As such, the majority of Con Ciencia Indígena’s focus is on these methods, reserving sacred plant journeys only for rare occasions and advanced explorers.

In this first conversation with Mario Gómez Mayorga, founder of Con Ciencia Indígena, we delve into the origin story of his organization and learn how a neurotic, discothèque-owning DJ underwent a complete transformation by watching, listening, and mimicking the ways of an ancient people who never lost their innate relationship with the natural world.

Thanks so much for speaking with us, Mario. Can you give us a little background on Con Ciencia Indígena and how it got started?

Con Ciencia Indígena began without me really trying to [do it.] When I was younger, I got involved with indigenous people though an NGO- helping to protect them from ourselves, basically- because we, white serialized people, are constantly invading, harming, stealing from, and abusing indigenous cultures worldwide. Mexico is no exception. So I began helping there, but at first I was not interested in their knowledge or their culture- I just wanted to help them as fellow humans.

After years of helping them, the way they would thank us is to invite us to the next celebration, ceremony, ritual, or fiesta- and of course, we politely accepted the invitation. At first, I was completely surprised and shocked by their bizarre, surreal, abstract life. But as I kept on going with them, something began to be absorbed by me- because these people don’t talk; they are not people of concepts or of intellect, but people of actions. The way they communicate and transmit their knowledge is through direct actions, not words.

At the beginning, I was curious and would ask questions. The answer was always “I don’t know!” And I thought, “What do you mean you don’t know, tell me!” They laughed so hard that they were in tears, because we westerners really believe that you can have a teacher to teach you something. That’s when they explained their view that nobody can teach you anything- but if you want, and if you are clever and intelligent enough, you can observe, and teach yourself.

Eventually we got involved in long walks with them, which were in silence. I observed that they synchronized their breath with their steps. They would not look around all over the place, but just open their vision in front of them. I saw that all of them were walking like this, and then I tried to mimic it to see how it feels. I discovered that it feels great, and that it shuts off the mind and heightens reality. After 4 hours of walking in this fashion, you are in a very high state of altered consciousness, just like if you had eaten the sacred plants. For me, this was astonishing. I sort of got addicted to it, because the lucidity and the state of clearness that you arrive to is overwhelming- it’s just incredible, and without taking any substance!

Were you experimenting with any psychedelics at the time?

Of course, at this time in my life I was exploring many things, including LSD and the sacred plants, because I wanted to know myself, my consciousness. After visiting these people for many years- this will sound a little crazy- they also taught me about how to communicate with fire. They taught me that there is an intelligence in this element, and that you can open a conversation with it. The first time they told me this, I thought “These people are crazy- how are you going to talk with flames? I mean come on, I turn on my stove and I don’t talk with my stove!” I just didn’t understand. They spoke about essential, conscious powers in nature that have an intelligence, and combined with other elements, they create life. There’s certainly an intelligence in water, and we are mostly water. And the sun is made of fire and gives life to everything. That hit me very strong, and I was able to open my mind and my heart to these concepts.

So one day, I began trying to talk to the fire as they had described. But even when I was “trying,” I realized that deep down, I still didn’t think it was possible. I realized just how brainwashed I was by my culture, my education, my parents, my schools, and that instead of having a free intellect, I was living in a tight jail of concepts that limited my existence. So I kept on trying over many years, and one day, playing as if I was talking to the fire, all of a sudden…

You spoke with the fire?

See, they make circles, and one by one they pass to the center to speak to the fire. They call him Grandfather Fire because it’s the first and oldest element in nature. I had my sketch- what I was going to say, my theatre play. When it was my turn, my whole sketch was erased, and I completely forgot it. My body began talking, and I had no idea where it was coming from, and my mind was like “What’s going on?” And then, in the pauses of silence when my body stopped speaking, I recieved messages. I then understood why I was not able to hear the fire before- because there are no words. The answers come back in silence, in things that all of a sudden you just know without having to think about them, in realizations and sometimes visions. Knowing this other realm shook me to my core, and I was a bit in crisis for some time, because I was doubting everything I knew.

Yeah, I bet! How did you integrate these new experiences? Did you share them with anybody?

My closest friends were not in contact with these tribes. I was not talking about this stuff because I didn’t want my friends to think I was crazy. But some of my friends started asking me, “Man, what’s going on with you? You used to be very neurotic, have a bad temper, be sarcastic, and now you are so compassionate and peaceful and you listen. It’s hard to get you angry, so what happened?” When they asked me this, I was a bit in shock because I knew it was true, but I didn’t know why. And then after thinking for a while, I realized it was from being exposed to these people and their way of life- walking with them, being with their fires in silence. They affected me in a peaceful way.

So one day I told my friends, “I think the answer to your question is that it’s due to me being with these people and having all these experience with them.” And then one of them, my closest friend told me ”Teach me!” And I had to laugh, because I said “It’s impossible to teach things to anyone!” And then we had a great conversation about why he thought I could teach him, and I said “No- I just copy them, I mimic, I follow. If you want, let’s go to the forest, and I’ll explain to you how they walk, and you just mimic me, alright? Let’s give it a try.”

So we went to the forest, and we walked a big set of mountains for like 8 hours, and then at the end of our walk in total silence, we looked at each other. We didn’t have to talk, we just looked in each other’s eyes- and there was this thing going on. His smile was gigantic, and there was this immense communication going on. Then he told another friend, and we were 3 guys walking, and then he told another, and we were 4, and 10, and 15, and then all my friends. We forgot about trying LSD and other things because we were just fascinated with walking in the forest for hours. And then one day I told them about the fire. And they said “Wow, this is better than any drug I’ve ever tried!”

And then friends began telling their friends, and brothers, and sisters. One of the friends told their parents, who were worried because their kid is with this other guy, and [thought they were] experimenting with substances and stuff. They came to talk to me and asked “Are you doing drugs? We just want to know what it is that our son is doing, please tell us.” And I told them “Yeah we are doing things, but no drugs- we are just walking and breathing deep and and talking with fire. I know it sounds crazy, but we are not crazy.” And then the father said, “Can I come next time?” I said “Sure!” So the father came, and then he brought the mother, and then they brought the grandparents – really crazy- and it came to the point where I barely knew all of the people coming. They kept on telling others, and more kept coming. I was pouring everything I had on them, all that I had learned, but it was without any order, and it was somewhat chaotic and needed structure. And one day, I understood: people are not going to stop coming.

I kept sharing, and others kept on inviting others, so I said ok- this things needs a structure. I think that’s when Con Ciencia Indígena was born, when I decided to give a structure to this. I started to present things as workshops [where you could] learn about indigenous traditions and techniques as tools for knowing yourself. So this is how things began 35 years ago. I do very little promotion- eventually I made a website, but I didn’t do it to promote the work or to sell workshops, but instead because I was being asked so much and giving the same information for decades, and this was obviously easier.

I was not looking for indigenous knowledge or shamanism or looking to become Don Juan from the Carlos Castaneda books. When all of this began, I had a discothèque, and I was a DJ. I was just playing with vinyls and lights, and that guy just evaporated, dissolved, and I’m so thankful it happened. So that’s how Con Ciencia Indígena began, in a very strange way.

We are very grateful to Mario for sharing his fascinating story with us. Stay tuned for future conversations with Mario about the challenges of working with indigenous peoples without doing harm, and the role of sacred plants in Huichol and Mazatec Cultures. 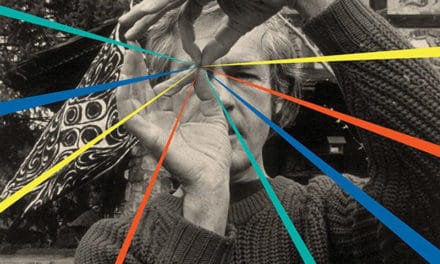