Podcast with Rick Doblin: MAPS Founder on the Past, Present, and Future of Psychedelics 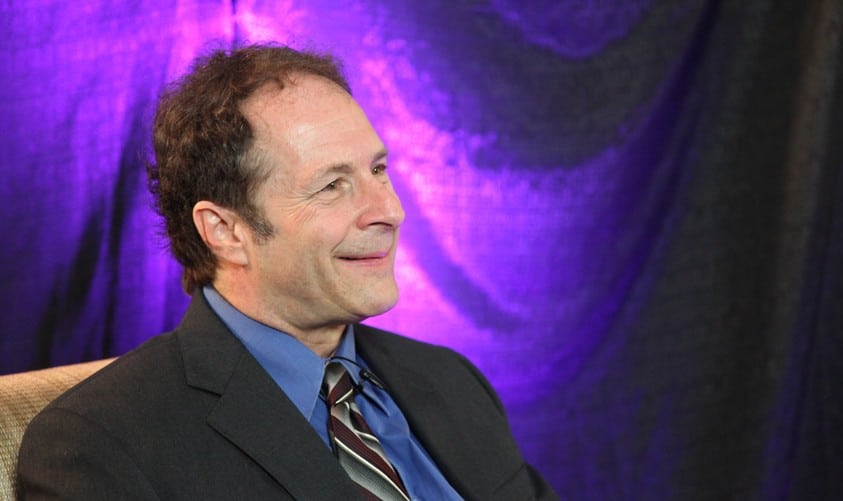 Rick Doblin is the founder and executive director of the Multidisciplinary Association for Psychedelic Studies (MAPS), a nonprofit organization that’s been advocating for psychedelic research since 1986. | Image Source: MAPS

Today, we at Psychedelic Times are very excited to share our first podcast ever. Even more, we’re thrilled that it’s with one of the most well-respected and influential voices in psychedelic advocacy today — Rick Doblin. Mr. Doblin is the founder and executive director of MAPS, the Multidisciplinary Association for Psychedelic Studies, which has played a leading role in sponsoring research into the medical and therapeutic applications for psychedelic medicines.

In this podcast, Mr. Doblin speaks with Psychedelic Times founder Joe Mattia as they cover a wide array of topics from the history of MAPS and psychedelic science to the latest projects that MAPS and others in the psychedelic movement are working on. Perhaps most excitingly, Mr. Doblin shares more about MAPS’ burgeoning stake in the pharmaceuticals industry with its public benefit corporation whose goal is to research and sell prescription MDMA. Mr. Doblin also shares how listeners interested to help can make a 2015 tax-deductibile contribution that will help further this important research by financing the latest MDMA study.

You can also stream this podcast here.

Download it as an MP3 by right-clicking here and choosing “save as,”
or listen to it on iTunes.

For those that are not able to listen to the podcast in its entirety, here are some key takeaways from this interview, which are further outlined in show notes below:

The Birth of MAPS at Esalen

Mr. Doblin shares a fascinating story about how the idea for MAPS got started at the Esalen Institute in Big Sur, California. In 1982, he was doing off-campus college studies at Esalen and took a course with leading LSD researcher Stan Grof and his wife Christina Grof. There he learned about the new drug MDMA and found that the psychedelic community — which he thought had died out — was alive and well in this psychedelic psychotherapy underground. MDMA was still legal at the time, but it had started to be sold on the street as ecstasy. The teachers at Esalen knew that, despite its huge promise as a therapeutic tool, it would not remain legal for long.

At a series of meetings at Esalen in 1984 involving the likes of Terence McKenna and Esalen co-founder Dick Price, among others, they discussed how MDMA’s legal status could be protected and how psychedelic substances as a whole could be brought back into mainstream acceptance. It was from this series of meetings that the MAPS progenitor Earth Metabolic Design Laboratories — and eventually MAPS itself — would arise to fight for psychedelic medicines to be understood, destigmatized, and available for people that could benefit from them. Their chosen modus operandi would be to use the nonprofit model to fund research that would illuminate the myriad of benefits that psychedelics have to offer humanity.

The Value of Working Within the System

A key point that Mr. Doblin stresses several times throughout the podcast is the value of working “within the system” rather than rallying against it. Coming from a Jewish family, he knew about countries like Nazi Germany where there was no semblance of freedom or democracy. Because of this and his conventional yet politically-aware upbringing, Doblin had a special appreciation for how the United States, despite its many flaws, still had many constitutionally-guaranteed channels available for advocates of outsider ideas to “channel their dissent” through the legal system, the scientific community, and beyond. He argues that once a movement identifies as a counter-culture, an oppositional situation is established that pits a small group against the massive status-quo; growing up in the 1960s, he saw how the backlash against psychedelics was coordinated and effective.

Mr. Doblin’s perspective here provides a gem of insight, and his life’s work is a testament to its efficacy. With the steady resurgence of psychedelics into mainstream scientific research and attitudes and laws surrounding marijuana changing rapidly, it’s clear that none of this could happen without the solid and ever-growing foundation of peer-reviewed science to back it up. As he puts it, he is a patriotic American who simply wants a calm suburban life that includes access to the inspiring spiritual healing that psychedelics offer. To do this, he says, “We have to go to the heart of the system and change it from the inside out.”

One of the most exciting developments that Mr. Doblin speaks about is MAPS’ current process to innovate the existing for-profit pharmaceutical model. Mr. Doblin and the others at MAPS knew that they wanted to start a company to research and sell prescription MDMA, but the traditional model of a for-profit business — in which the goal is to maximize profit above all else — didn’t really fit. So instead, MAPS is in the process to launch a public benefit corporation which will conduct research into and, hopefully, eventually sell prescription MDMA. This new company will be a wholly-owned subsidiary of MAPS and have a nearly identical mission to MAPS, with the only difference being the goal to sell MDMA as medicine. Public-benefit corporations are a specific type of corporation that allow for public benefit to be a charter purpose in addition to the traditional corporate goal of maximizing profit for shareholders. The ultimate goal of a benefit corporation, a somewhat new model of business, is to maximize benefit to the public good.[1.”Benefit Corporation FAQ,” Benefit Corporation, accessed December 21, 2015, https://benefitcorp.net/faq.]

As far as Mr. Doblin knows, this will be the first pharmaceutical company in the world to be organized as a benefit corporation, making pharmaceutical history. He hopes that it will serve as a model not just for introducing non-ordinary states of consciousness into mainstream psychology and psychotherapy, but also as a new model for how pharmaceutical companies sell drugs. Doblin suggests, and we at Psychedelic Times agree, that if the tobacco, alcohol, marijuana, and other drug industries were to adopt this model, we would all be far better off.

Selected Links from the Episode

To listen to this podcast in full, click below:

You can also stream this podcast here. Download it as an MP3 by right-clicking here and choosing “save as,” or listen to it on iTunes.

You can help make psychedelic therapy a legal treatment by donating to complete the second-largest study of MDMA-assisted psychotherapy for posttraumatic stress disorder (PTSD), now nearing completion in Boulder, Colorado. We have already raised $747,000 of the $771,000 needed for the study, with only $24,000 left to raise! By making a tax-deductible donation to finance this important research, you can help make the future of MDMA therapy a reality.

Make a Donation to MAPS and MDMA research