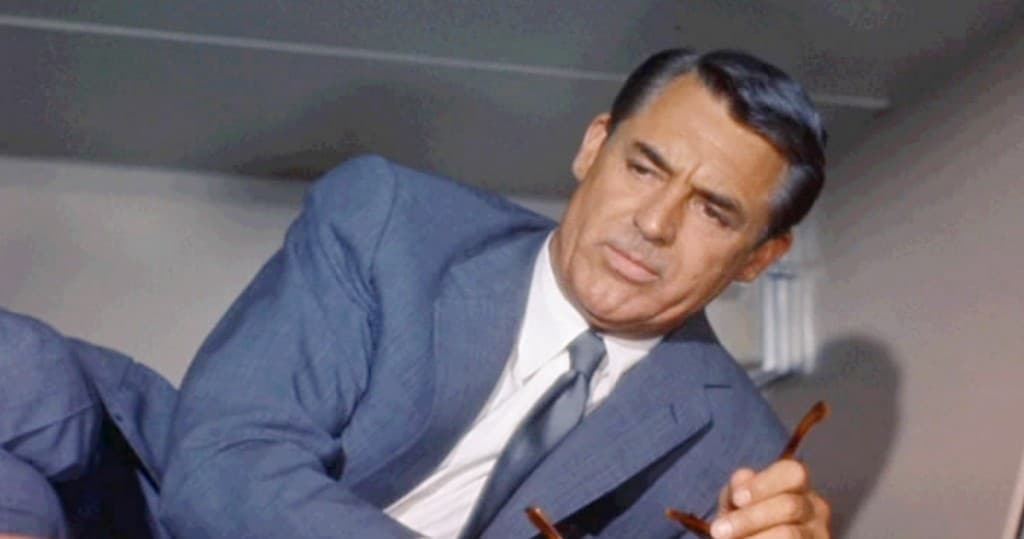 Behind his suave charm, Cary Grant struggled with the reality of his public persona. | Image Source: Wikipedia

Everyone is a mix of competing personalities. We all have a public face at work, a private one at home, a face we share with friends, and another one with acquaintances. We all have that silent voice that’s only in our heads, the one that constructs and modifies the outside personalities. But for some people, there are even more layers. An actor, in particular, takes on many characters. And for the most famous actors, there is often another layer: the vast public persona that can dwarf that small inner voice.

The legendary Cary Grant knew this dilemma painfully well. The embodiment of 1940s charm, Grant was a man with a difficult past, a challenging love life, and as many doubts as those of us without perfect hair and jawlines. In some ways, it was harder for him to face those doubts, as he had to live within the confines of his own legend. He had help, though: Cary Grant was a true believer in the power of controlled LSD therapy, a therapy he credits with saving his life. He was one of the fiercest proponents of the therapy — at a time before it was illegal and before many people knew about it. Now that the benefits of psychedelic therapies are once again being recognized, his story is one of inspiration and guidance for many of those who are lost.

The Man Behind the Legend

This famous quote is usually taken as fairly light-hearted. After all, the Cary Grant character was so smooth and charming that women fell instantly in love and men were tongue-tied with admiration. It runs a little deeper than that, though. In Old Hollywood, the persona was almost indistinguishable from the person. There are a few actors today — Cruise, Clooney, and Hanks are some that come to mind — who still are like this to an extent, but, for the most part, we separate the actor from the character. Back then, you basically had the Cary Grant character. Suave, funny, and yes, the type who could get flustered but still always had a quip. This held through movies like Bringing Up Baby, The Philadelphia Story, His Girl Friday, and other classics. He played with that in later movies like Charade and North By Northwest, but it was always sort of the same. The question is, what does that do to a person?

It’s clear that Cary Grant was not “Cary Grant.” Born as Archibald Leach in the UK to an abusive and depressive mother and an alcoholic wandering father, Grant was a shy and lonely child. When he was nine, his father had his mother committed, and, telling young Archie that she was dead, he remarried and cast his son out of the new family. At age ten, he had literally run away to the circus, coming to America on a steamship with a troupe of friendly performers. Through stage and screen work, he crafted his new persona — Cary Grant — with that famous transatlantic charm and impossibly handsome smile. But underneath was always little Archie Leach from a broken family.

He had difficult marriages and trouble with personal relationships. The divergence between public and private could be unbearable. Little did he know that, as his screen stardom began to explode in the mid-30s, Swiss scientist Albert Hoffman was synthesizing the compound that would change his life.

By the time the 1950s rolled around, LSD was beginning to have a reputation in Hollywood. The psychiatrist Oscar Janiger had managed to get a supply, and one of his first patients was the writer Aldous Huxley.[2.“Cary in the Sky with Diamonds,” Vanity Fair, July 31, 2010, https://www.vanityfair.com/culture/2010/08/drugs-in-hollywood-201008.] He was followed by Anais Nin, and then others. Grant’s wife, the former actress Betsy Drake, was told about it by a friend, and she went to discover what it could do through another doctor. She was panicking about her failing marriage, believing her husband to be falling in love with Sophia Loren.

Grant eventually went to her new psychologist (worried more about what his wife was saying). This is when he first tried LSD and became a staunch advocate of the psychedelic. This didn’t just entail telling his famous friends about it (though he did): he became the public face of LSD, years before Timothy Leary.[2.“When LSD Was Legal (And Cary Grant Was Tripping),” Birth Movies Death, April 22, 2012, https://birthmoviesdeath.com/2012/04/22/when-lsd-was-legal-and-cary-grant-was-tripping.] Grant credited his experiences with giving him a new outlook on life. He stopped trying to be “Cary Grant” and just tried to be a person.

In 1959, he told Look magazine that, due to LSD, “At last, I am close to happiness.” He went on to explain that “I wanted to rid myself of all my hypocrisies. I wanted to work through the events of my childhood, my relationship with my parents and my former wives. I did not want to spend years in analysis.”

In further proof that the late 50s and early 60s are more interesting than we usually think, Grant gave an extensive look into his therapy and LSD usage to Good Housekeeping Magazine, more often associated with fluff pieces about food or workout tips. After telling the magazine how much it had done to rid him of anxieties and fears, of his natural impulse toward self-destruction, and of the way it allowed him to reconcile the frightened and battered Archibald Leach with Cary Grant, they proclaimed that it “may become an important tool in psychotherapy.”

We may think it’s interesting and even funny that in 1960 Good Housekeeping gave LSD a stamp of approval, but it just shows how things could have been for psychedelic therapy before fear took over public opinion. If someone like Cary Grant — who, publically, was as mainstream as could be imagined — was advocating for LSD as a tool for therapy, then there seemed little reason for other people to panic. But panic set in as the early 60s became “the 60s,” and eventually, LSD was made illegal — any research into its benefits was buried.

That’s beginning to change now. We are once again looking seriously into LSD and other psychotropic substances as a way to heal ourselves from mental issues, as well as fully understand who we are, in order to live a better life.

This might be coming right in the nick of time. As we plunge into the age of social media where we create an online persona and have to mediate between who we are and what we present, personality may be entering a time of uncertain fluidity. As technology changes the idea of the public and private persona, the need for a way to maintain ourselves becomes even stronger. In an era of a million micro-celebrities, the man who created a new person, got lost in it, and found himself with the help of LSD may just once again be a role model for new times.