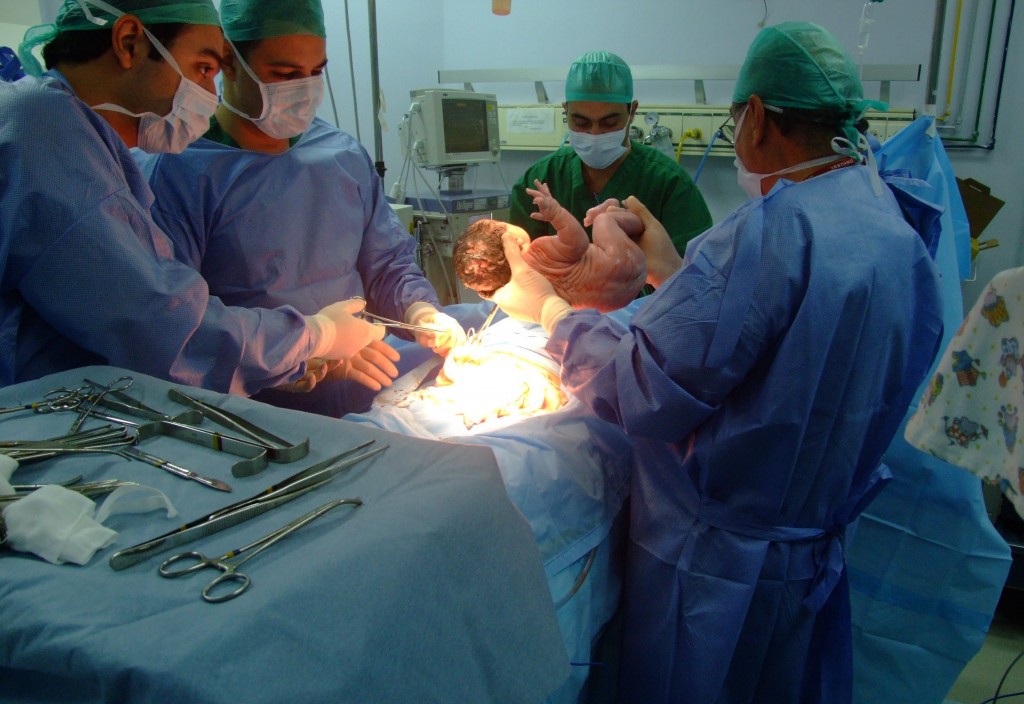 With my first child, I labored for 4.5 hours after an induction. Due to the fast labor, I required an epidural and fundal pressure during pushing. Despite understanding the necessity of the medical interventions, I had not planned for them, and the negative impact of my challenging first birth made me more fearful going into my second.

Both social scientists and medical professionals recognize that giving birth in the modern medical setting can sometimes trigger feelings of fear, helplessness, and loss of control which can lead to postpartum depression (PPD), PTSD, and fear of future birthing experiences. Processing a birthing experience with the help of a trained professional can potentially reduce these negative effects, and MDMA may play a critical role in assisting women who experienced particularly difficult childbirths.

Understanding the Connection Between Childbirth, PTSD, and PPD

Studies have shown that around 5.6% of women experience PTSD after giving birth. However, PTSD can often be misdiagnosed as PPD because they share many symptoms including depression, anxiety, inability to sleep, and difficulty bonding with the baby.

Often, after the birth of a baby, women are encouraged to concentrate on the positive aspects of having a healthy baby instead of being given room to process. Hospital staff, friends, and family may try to normalize her birthing experience and, because symptoms may not show up immediately, she may not connect PPD symptoms with childbirth. This can make it difficult to diagnose PTSD versus PPD in new mothers.

Processing the birthing experience with the help of a therapist may assist women in expressing themselves, working through difficult memories, and gaining a more positive view of the birthing. MDMA-assisted therapy is particularly promising because it allows mothers to access the deep, powerful emotions experienced during the birth. This ability could help differentiate between PPD and PTSD by allowing women to explore the potential causes of their depression and honestly identify their symptoms.

MDMA shows promise as a therapeutic tool for healing mothers because of its potential to help individuals open up about traumatic experiences and begin integrating and accepting them. Recent MAPS studies have shown MDMA to be effective in treating 83% of PTSD cases. It does this by increasing activity in the brain’s frontal lobe, which helps an individual regulate emotions while decreasing the natural fear response triggered when recalling a painful event. This allows individuals to feel secure while discussing and thinking about events that may otherwise be too traumatic to talk about. Dulling the fear response in this way would allow women to process their experience on an intellectual level and facilitate healing.

MDMA may also play a unique role in treating new mothers with PTSD after a difficult birthing experience because of its short treatment period. MDMA may be effective with just a few sessions of psychedelic therapy whereas SSRIs have to be taken regularly over a longer period of time to be effective. Many new mothers do not seek treatment for PPD or PTSD due to the long, involved treatment taking away from their mothering duties and limiting their ability to breastfeed. By limiting the number of medicated sessions, a woman may be able to continue caring for and breastfeeding her baby. However, it is important to note that MDMA is only shown to be effective at reducing PTSD if combined with intentional use and a therapeutic setting.

Oxytocin and Connection: A Path to Bonding

One important aspect to realize about birth-related PTSD and PPD is that it affects both the mother and the newborn negatively. Mothers with PTSD or PPD often have trouble bonding with their babies. This has been shown to be related to low levels of oxytocin, a chemical that increases prosocial feelings and bonding. Many researchers believe increasing a woman’s supply of oxytocin can help reduce PPD.

While research into the exact relationship between oxytocin and PPD is still being conducted, recent studies have shown that exogenously supplied oxytocin does not have the positive effect on human subjects that researchers hoped it would. However, research has shown that MDMA can encourage the natural production and release of oxytocin. Unlike exogenous oxytocin, oxytocin stimulated by MDMA has been positively correlated with prosocial feelings and a sense of bonding. This can potentially help mothers suffering from birth-related PTSD or PPD to connect with their babies. Additionally, the increased levels of oxytocin induced by MDMA therapy may increase bonding with a therapist, thus increasing the effectiveness of therapy sessions and helping women who may have difficulty trusting health care professionals become open to expressing their feelings.

While there are potential benefits of MDMA-assisted therapy for mothers who experienced a difficult birth, it is also important to recognize the potential risks of this type of treatment. For example, MDMA may pass through breast milk to the baby if a mother is breastfeeding, and it may become concentrated in breast milk over time. For this reason, a mother may have to temporarily stop breastfeeding while undergoing MDMA-assisted therapy. Additional studies should focus on how much MDMA passes into breast milk and whether pumping and disposing of breast milk for a short period of time would mitigate this risk.

At the same time, it is important to note that MDMA has been found to be especially effective in women and requires lower doses in women than in men. This makes it particularly attractive as a potential tool for birth related PTSD because lower doses may make it a safer option for breastfeeding women. However, additional research is needed to find the ideal minimum dose for effective PTSD treatment in women.

Currently pregnant with my second child, I am not in a situation where MDMA-assisted therapy would be safe for me. However, looking back at my first birth experience and recognizing the long-term negative effects difficult birth experiences may have on women, I realize that processing childbirth soon after the event is often necessary. Further research into the connection between birth-related PTSD, PPD, and MDMA therapy is needed, but MDMA holds potential to become a powerful healing tool for women struggling to integrate challenging birthing experiences.