When ketamine was first synthesized in 1962 by chemist Calvin Stevens, psychotherapy was far from his mind. Rather, Stevens was on a quest to create a medicine that met the standards for an ideal anesthetic—one that had a quick onset, reliable effects, minimal consequence on the cardiovascular and respiratory systems, a relatively short duration, and was easy to administer. He found it in ketamine, and the medicine quickly made its way into emergency rooms and onto battlefields in the 60’s and 70’s, where it allowed injured people to move to operation in a dream-like state. Indeed, ketamine seemed to have the unique ability to almost remove a person from their body and their environment while still remaining conscious.

It wasn’t until later that ketamine’s psychoactive properties were discovered, but in hindsight, you could make the case that the psychedelic and empathogenic qualities of ketamine were key to the medicine’s benefits. Unlike other psychedelics, which underwent a research moratorium in the second half of the 20th century, ketamine has a long history of research, but the majority of this has been in the context of its use for anesthesia and analgesia in operation. Only in the last few years has ketamine’s use in a psychotherapeutic context really been explored—particularly for its ability to break depressive episodes. But looking at ketamine’s activity in the brain helps explain its transpersonal qualities and points to its immense therapeutic potential.

Compared to other psychedelics like LSD and psilocybin—which increase connectivity between parts of the brain—ketamine takes the opposite approach. Ketamine is the third member of a unique family of chemicals called arylcyclohexylamines, known as dissociative anesthetics, which disrupt the senses and disconnect parts of the brain that regulate consciousness, memory, and emotion. The activity of the neurotransmitter glutamate plays a key role in this, but what we’ve long believed about ketamine—that it simply decreases glutamate transmission—may be more complicated than we thought. 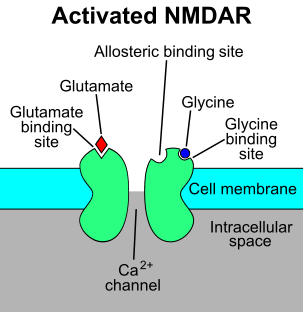 Ketamine blocks NMDA receptors in the brain from being activated by glutamate, preventing the message from being passed between cells. Even though ketamine causes a spectrum of neurological activity, this blocking of the NMDA receptors is ketamine’s primary function—it’s what causes its dissociative, hypnotic, and anesthetic effects. In other words, it makes you feel disconnected from your body and your environment.

A closer look at the disconnected parts of the brain—the thalamus, cerebral cortex, and limbic systems—gives us a clue as to why ketamine acts the way it does:

Disconnecting these systems induces a trance-like state similar to what one might experience in a sensory deprivation tank and is described by patients with words like “floating” or “dreamy.” In clinical terms, this state is called conscious sedation. Blocking the NMDA receptor causes patterns in the brain associated with psychedelic experiences, particularly visions and ego dissolution.

It makes sense that a substance with both strong anesthetic and dissociative properties would be particularly helpful for people suffering from anxiety or depression due to chronic pain because it gives a physiological respite from the pain and temporarily disconnects you from negative emotions. This gives ketamine “interrupting” properties—similar to how ibogaine is an addiction interrupter—and makes it a promising treatment for mood disorders.

Interestingly, while ketamine blocks glutamate from activating NMDA receptors, research now shows that ketamine actually increases transmission of glutamate neurotransmitters, but at other receptor sites called AMPA receptors. So why is it important that NMDA receptors are blocked but AMPA receptors activated? Scientists are still trying to parse this out, but we know that overstimulation of NMDA receptors can cause nerve damage due to increased calcium ions in the brain—it’s this respite from NMDA activity that lends ketamine its neuroprotective qualities. On the other hand, AMPA receptors require less glutamate to be activated and do not allow calcium ions to flow through. When ketamine causes AMPA receptors to be activated, it increases glutamate in the anterior parts of the cingulate cortex, which regulate emotion—this part of the brain helps you assign emotions to internal and external stimulation, regulates your perception of pain, and initiates motor movement. While blocking glutamate at the NMDA receptors may help disconnect you from normal emotional patterns, increasing glutamate at the AMPA receptors may help you associate positive feelings with your ketamine experience.

In addition to its effects on neurotransmitters, ketamine also regulates opioid and dopamine activity in the brain. Activating mu-opioid receptors in the brain—similar to how opiates work—adds to ketamine’s analgesic and anxiolytic effects and increases the psychoactive effects at high doses. Increasing dopamine—similar to amphetamines and NRI antidepressants—mediates the stimulant and euphoriant effects associated with ketamine.

The combination of this activity essentially helps relieve pain and anxiety, and causes a sense of euphoria. While these effects aren’t inherently psychoactive on their own, they ease and mediate the psychoactive properties of ketamine, making it a powerful possibility for treating depression, anxiety, PTSD, and other long-standing mental illnesses.

Using Ketamine to Break the Cycle of Mental Illness

Ketamine works by essentially giving you a break from daily life—it takes you out of your normal-functioning brain and allows you to gain a different perspective. For people living with mood disorders like chronic depression, PTSD, anxiety, and bipolar disorder—particularly the kind that stems from physical pain or illness—this can offer a needed respite from the pain of day-to-day living.

Perhaps most exciting for people suffering from mood disorders is that ketamine is the only legally available psychedelic in the U.S.—you can get an off-label prescription from your doctor and visit a ketamine clinic where they’re available. Whereas other psychedelics are listed as Schedule I substances, ketamine is Schedule III, which means the DEA recognizes it has medicinal or therapeutic properties. This is particularly helpful for people who don’t want to go through the legal hoops associated with most psychedelic therapy.

If you’re interested in using ketamine to treat a mood disorder, it’s important that you visit a certified clinic that can help you identify the proper dose and administration for your own needs. Going to a certified clinic also opens the door to a mindful integration practice after you’ve been treated, which is key to lasting health. A certified coach, therapist or clinician can help you sort through your experience as well as the long-standing symptoms of your mood disorder. When used responsibly and in a proper setting, ketamine can provide immediate relief and help you take the first step toward recovery. 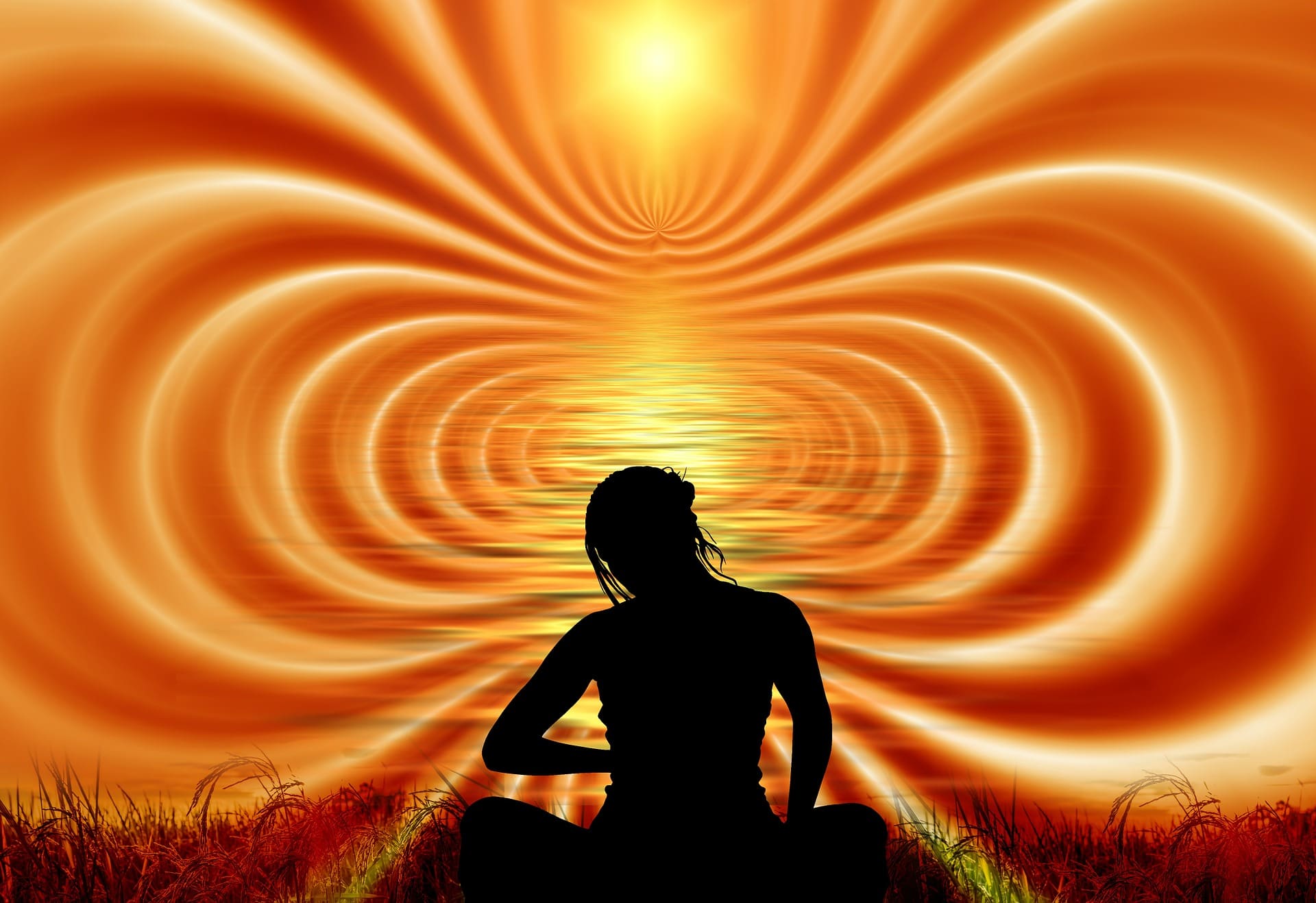 How Defining Your Spirituality Can Positively Impact Your Psychedelic Experiences 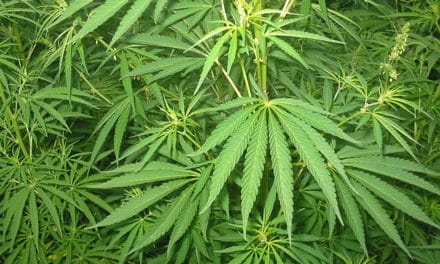