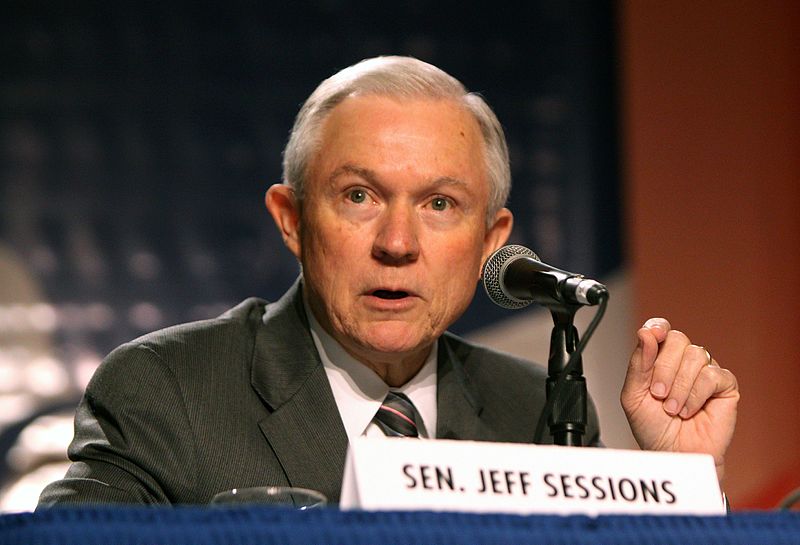 In the wake of the 2016 Presidential election, many people are wondering how the country will change under the leadership of President-elect Trump. Personally, I have been overjoyed at the increased freedom under the Obama Administration. Less than a year after Washington State legalized recreational cannabis, Obama’s justice department issued the Cole Memorandum, which expressed a willingness by the justice department to work with rather than against states that were legalizing cannabis. This helped support the spread of both medical and recreational cannabis throughout the states.

Even more exciting than the expansion of recreational freedom, the Federal Government has also taken small steps to support psychedelic research. The FDA has allowed the Multidisciplinary Association for Psychedelic Studies (MAPS) to move forward with testing the ability of MDMA to treat PTSD in veterans, and the DEA even considered rescheduling cannabis to make researching it easier. And although they ultimately decided not to reschedule cannabis, support for cannabis, in general, is at an all time high in the U.S.

While all of this is wonderful, we must remember that the policies of the outgoing President are not always carried on by the person taking their place. Presidents appoint new cabinet members, who then take the helm of various federal agencies. In order to estimate what the future might hold for psychedelics, we need to look at both President-elect Trump and his proposed cabinet. Trump himself has not weighed in very strongly on psychedelics specifically, but his rhetoric is reminiscent of Nixon or Reagan and should be cause for concern. And when it comes to the cabinet positions that can affect the legality of psychedelics and their research, Trump has chosen individuals who have gone on record against psychedelics.

It is hard to pin down exactly how Donald Trump feels about psychedelics. He says he has not touched drugs or alcohol due to vivid memories of his older brother’s struggle with alcoholism.  However, in 1990, Trump said drugs should be legalized and that tax money from the sale of drugs should go to fund drug education programs. He seems to understand that the War on Drugs has not made a great deal of progress in its goal of decreasing the amount of Americans using illicit substances. On the surface, therefore, it seems advocates of psychedelics have nothing to fear from the President-elect. However, what concerns me is his “law and order” rhetoric.

“Law and order” is a concept that enters the public debate through Nixon in the 1968 presidential election. In his acceptance speech for the 1968 GOP nomination, he called on the American people in the midst of the 60’s culture war to respect the government and the police—to respect “law and order.” The speech takes on new significance when you consider that Nixon declared a “War on Drugs” in 1971 and also established the DEA.

Today, it is concerning that Trump is also calling for “Law and Order,” an idea which is reminiscent of not only Nixon but Reagan as well, another proponent of the War on Drugs. The similarities between Trump and Nixon’s rhetoric, coupled with Trump’s support of private prisons, makes me think it unlikely he will ease off the pressure on the drug war when it has proved a reliable mechanism to fill private prison cells. So while Trump has actually said he’s in favor of medical cannabis and researching the consequences of legalization, his actions and associations raise questions. Speaking of which, let’s move on to his cabinet appointees.

Presidential Cabinet members are very important because they act as the executive heads of various Federal Government agencies. The two positions of the most importance regarding the research and legalization of psychedelics are the Attorney General—who heads the Department of Justice—and the director of Health and Human Services—who oversees the FDA.

Trump’s pick for Attorney General is Jeff Sessions, a junior senator from Alabama. Sessions has gone on record several times lambasting President Obama for his drug policies. He has even been quoted on the senate floor saying, “Good people don’t smoke Marijuana.” This is a man stuck in the past and looking for an opportunity to revive the Nixon and Reagan era drug war policies. It’s easy to see him ripping up the Cole Memorandum or prosecuting cannabis businesses in legalized states over federal tax violations. This last method will likely be his strategy if Trump insists on leaving issues of cannabis or psychedelics at large to the states. And while he may not instigate the return on DEA raids on legal dispensaries, he could bury cannabis providers in legal paperwork and make it unprofitable for them to do business.

Trump’s Health and Human Services secretary will be Tom Price. As such, he will oversee the FDA, which plays an important role when it comes to testing the efficacy of new medicines. Any prolonged research effort into the benefit of psychedelics will require the cooperation of the FDA. However there are several reasons to think Senator Price will not be supportive of psychedelic research.

Tom Price has a “D” rating from the National Organization for the Reform of Marijuana Laws (NORML), indicating he is tough on drugs. He voted “no” on the 2016 “Veterans Equal Access Amendment,” which would have prohibited the VA from punishing doctors who discussed the benefits of cannabis with their patients and/or gave them cannabis recommendations in accordance with local state laws. He has also voted against bills that would prevent the Federal Justice Department from interfering with State recreational cannabis laws. Tom Price is not someone I would trust to advance the research of psychedelics and their efficacy in treating mental illness. In fact, his record indicates he will do just the opposite.

What Do We Do?

One of the most important things you can do is express your support of psychedelic therapy and research to your congressional representatives. They are your voice on the Federal level, and they can make changes to laws like the Controlled Substances Act. You have to let them know these issues matter to you. If it is safe for you to do so, be an advocate in your community. Share stories about psychedelic research on your social media or watch pro-psychedelic documentaries with friends and family. Building a community that is positively disposed towards psychedelics goes a long way towards electing politicians who are positively disposed to psychedelics.

On a related note, you can also write to President-elect Trump’s transition team. If we as the electorate make clear to him that psychedelic research is important to us, I believe he may reign in some of this more ideological cabinet members.

Lastly, get involved in politics. It’s not exactly the most desirable pastime these days, but if you want to keep the gains we’ve gotten under the Obama Administration, it is important to stand up for what we believe in. Those who can make a stand are, in a way, performing a service for people who can’t raise their voice.  I believe America is at a crossroads similar to that which it faced at the end of the 1960’s. We cannot expect to hold onto the gains of the Obama Administration if we adopt a “wait and see” attitude. Instead, now is the time to be proactive and support the cause of psychedelic research as the new political situation unfolds.