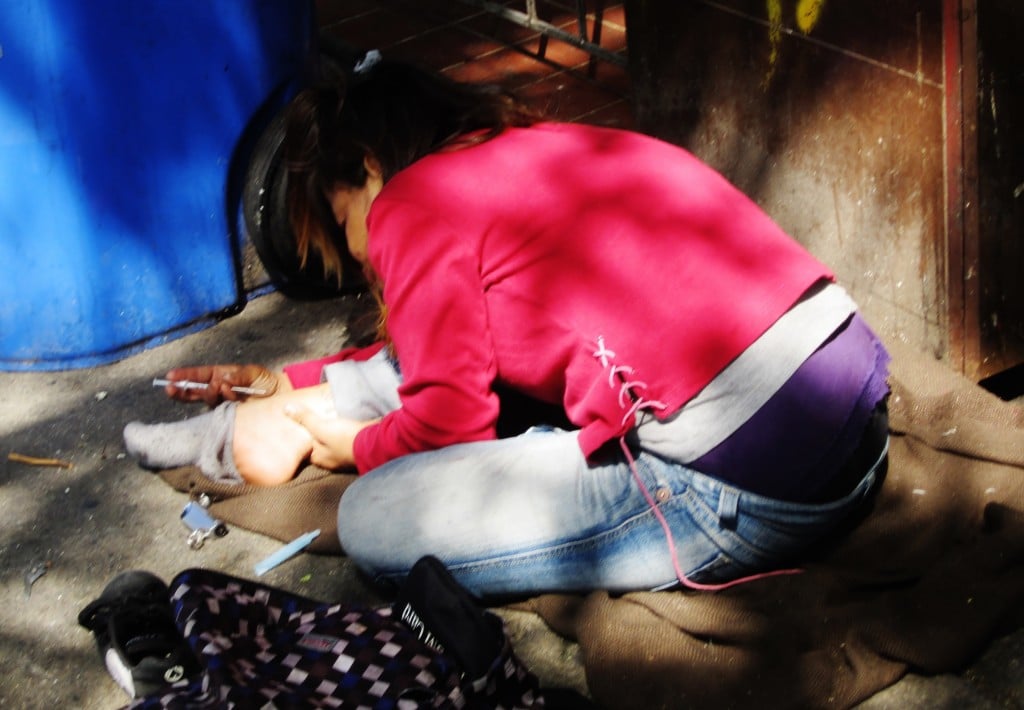 Amidst a growing heroin epidemic, Vermont is considering a new bill to start a pilot program to provide ibogaine for heroin and other opioid addicts. | Image Source: Flickr CC User jellymc

While the debate surrounding drug legalization in the US mostly centers around cannabis these days, one US state is considering testing the political waters with another highly medicinal psychoactive substance — ibogaine. Derived from the root bark of the African shrub iboga, ibogaine has achieved worldwide recognition in the past few decades as an incredibly effective addiction-interrupter, particularly for those dealing with opioid abuse. The state of Vermont, which has had medical marijuana legislation since 2004 and is widely considered to be one of the next states in line for recreational marijuana legalization, is now considering a bill that would start a pilot program that allows for ibogaine to be used for substance abuse treatment. If passed, this bill would be a hugely significant step towards making one of the most potent anti-addiction medications known to man available to the people that need it, both in Vermont and potentially across the US.

“Vermont has led the US on so many political issues, and [it] has made tackling opioid dependency a priority. Different types of treatment will appeal to, and work better or worse for, different individuals. Vermonters and their physicians should have access to ibogaine as one of their treatment options.” – Bonnie Scott of Vermonters for Ibogaine Research

The increasing threat of opioid addiction in Vermont is very real. Since the year 2000, the state has seen a 250% increase in heroin addiction treatment and a whopping 770% increase in treatment for all opiate addictions.[1.”In Annual Speech, Vermont Governor Shifts Focus to Drug Abuse, New York Times, January 9, 2014, https://www.nytimes.com/2014/01/09/us/in-annual-speech-vermont-governor-shifts-focus-to-drug-abuse.html?_r=0.] The rise of opiate abuse in Vermont is so acute that in 2014, the state’s governor Peter Shumlin brought attention to the issue during his State of the State speech, calling it “a full-blown heroin crisis.” This recent rise in heroin use is also not just limited to Vermont but affects other New England states as well.

While it is hard to pinpoint the exact cause of heroin’s resurgence, some have speculated that it has to do with flip-flopping regulations regarding prescription pain pills that were once easy to obtain but have recently become more restricted. According to this theory, doctors were overprescribing opiate-based pain pills that people were abusing and eventually getting addicted to. Now that stiffer regulations exist for how these medications are prescribed, they have become far more expensive and difficult to obtain for those who were using them without a prescription. Heroin, on the other hand, has become comparatively very cheap and easy to obtain and is just one step away from gateway opiate prescription pills. Following the laws of supply and demand and the persistent tug of needing a “fix,” this situation seems to have created a steady new stream of heroin users and addicts.

Ironically, it seems like the main culprit in this addiction crisis may be the careless use of legal medications, and the capable savior ibogaine is still an illegal drug, classified as such because of its psychoactive effects.

A Focus on Treatment Rather Than Punishment

The fact that ibogaine is being considered for substance abuse treatment in Vermont is highly encouraging for ibogaine advocates and heroin addicts who don’t respond to conventional treatment. Governor Shumlin’s speaking about this crisis is also refreshing. In his State of the State speech, he emphasized the importance of shifting the focus from tougher laws and incarceration to treatment and harm reduction, citing the immense cost difference between jail and treatment programs. Shumlin noted that addiction should be seen as a disease and treated as such, rather than a criminal issue, and he appears to be on the right side of history. In recent months, it was revealed that the UN’s top drug and crime policy experts were getting ready to appeal to governments around the world to take this exact same approach.

The new bill H.387 was introduced by Representatives Paul Dame and Joseph Troianois and is backed by Bonnie Scott of the group Vermonters for Ibogaine Research —  an organization founded in response to Governor Shumlin’s speech. To learn more about the bill or to lend your support, you can find their contact information on their press release about the bill.

Increasing the Efficacy of Kambo for Relief of Chronic Pain