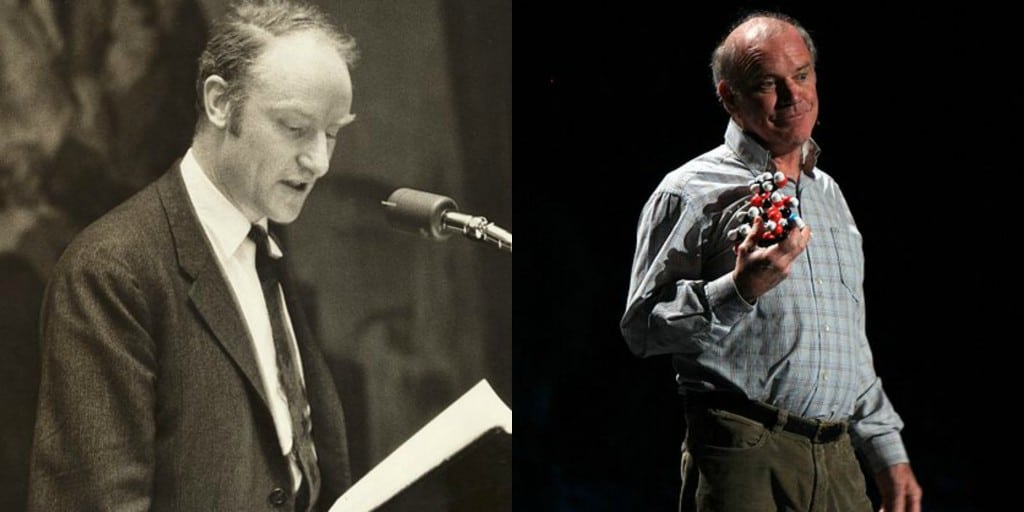 “When you study natural science and the miracles of creation, if you don’t turn into a mystic you are not a natural scientist,” – Albert Hoffman

Scientific discoveries and visionary experiences are not often associated with one another in today’s world, but this is a relatively recent phenomenon. Many of history’s greatest scientific figures like Isaac Newton and Pythagoras explored the mysteries of consciousness with as much passion as they pursued science, and saw the material and the immaterial as inseparable rather than contradictory. While today’s scientific community is often conservative and skeptical of consciousness exploration (such as through the use of psychedelic substances), some of our most important modern scientific discoveries about the building blocks of life have come from scientists who have used and advocated for psychedelics.

“Back in the 1960s and early ’70s, I took plenty of LSD. A lot of people were doing that in Berkeley back then. And I found it to be a mind-opening experience. It was certainly much more important than any courses I ever took… What if I had not taken LSD ever; would I have still invented PCR? I don’t know. I doubt it. I seriously doubt it.” – Nobel Laureate Kary Mullis

Kary Mullis won the Nobel Prize in chemistry in 1993 for drastically improving the polymerase chain reaction (PCR) technique, which allows you to replicate DNA in a laboratory. Mullis’ improvement was so dramatic that it has since become a fundamental tool for molecular biologists and biochemists around the world.

By Mullis’ own account, he partially attributes his Nobel Prize-winning discovery to experimentation with LSD and the ‘mind-opening experiences’ it provided. It’s also eye-opening to hear such an accomplished scientist say that his period of LSD exploration was more important than his doctoral studies at UC Berkeley. Of course, Mullis’ scientific breakthrough would have been impossible without his academic foundation and commitment to research, but it is fascinating to hear him say that it also would have been impossible without his consciousness-expanding psychedelic experiences. As a tool for thinking outside of the box and considering radical new possibilities, psychedelics are, as Mullis describes, very powerful tools.

The late Francis Crick is best known for being a co-discoverer of the double-helix structure of DNA, along with James Watson in 1953. Watson and Crick’s discovery revolutionized the fields of biology and medicine, and gave humanity profound new insights into the basic building blocks of life.

What many people don’t know is that Crick was part of a group of Cambridge academics who used LSD and other psychedelic substances in small doses to encourage creative thinking.  A rumor emerged that it was possible Crick was using LSD when he made his Nobel Prize-winning discovery, but this is only through secondhand information and is unlikely. What is known, however, is that Crick did have many LSD experiences, and also took the controversial step of signing his name to a famous public newspaper petition in 1967 (along with The Beatles and other notable figures of the time) that called for the legalisation of marijuana and research into its medical benefits. While you’d probably never hear about it in biology class, it appears that Crick was much more open-minded and interested in psychedelic use and research than contemporary media might lead us to believe.

Psychedelics have often been thought of as dangerous and restricted to the fringes of our society, but it is important to shine a light on the facts. The pioneering scientific research being funded by organizations like MAPS, ICEERS, and the Heffter Research Institute is crucial to broadening our understanding of the risks and benefits of psychedelic use and therapy, and we should also take note of how psychedelics have already profoundly influenced the work and lives of notable scientists and countless others.