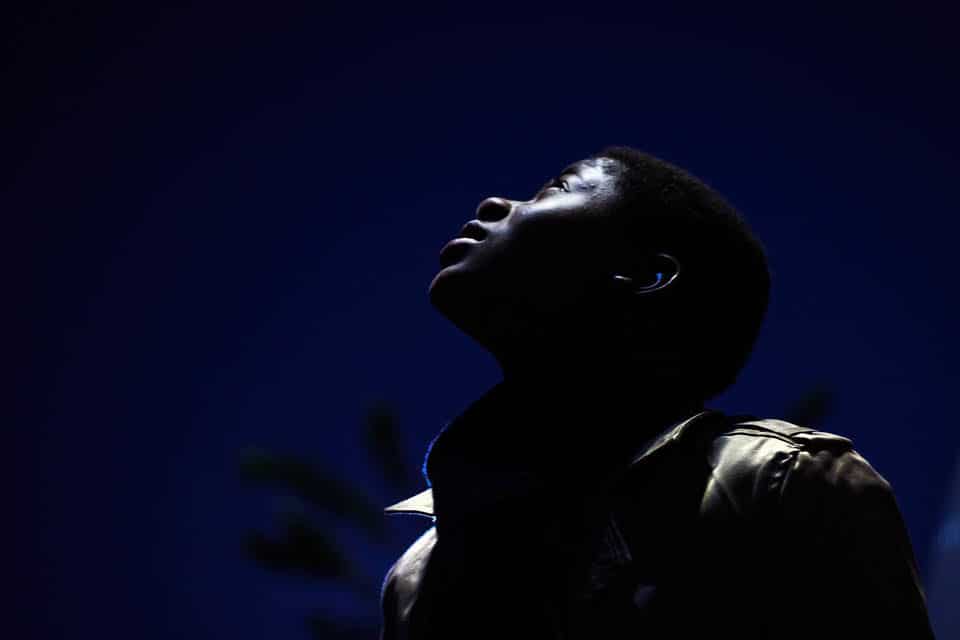 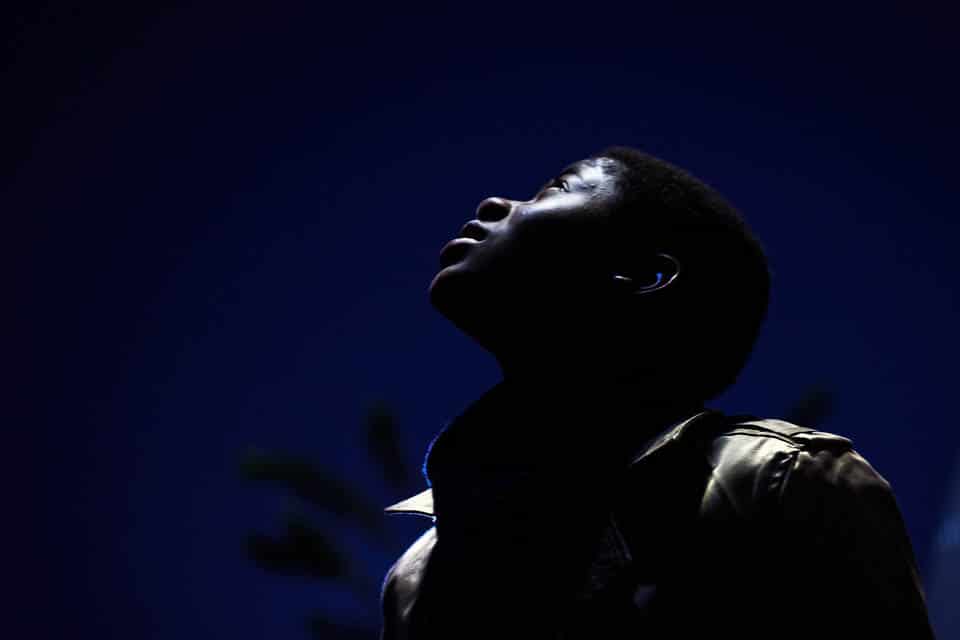 “You never would have known this woman was such an accomplished professional.” Dr. Williams is bringing MDMA psychotherapy to people of color.

Dr. Monnica T. Williams, Ph.D., spoke in New York on June 11, 2018 about her career studying anxiety disorders. She described her encounter with a black woman who presented with symptoms of PTSD after having experienced racial and sexual discrimination in her workplace. “She was so distraught, you couldn’t recognize her,” Williams said. “The treatment that should have worked didn’t, because we never addressed the issue of racism, and her experiences and expectations in this world as a person of color.”

This year, Dr. Williams and her team of researchers began an innovative study at the University of Connecticut (UConn). They are testing the treatment of post-traumatic stress disorder (PTSD) through MDMA-assisted psychotherapy. Her site is one of 14 currently sponsored throughout the United States and overseas by the Multidisciplinary Association for Psychedelic Studies (MAPS). In November 2016, the US Food & Drug Administration (FDA) granted approval for MAPS to sponsor a Phase III clinical trial for this experimental treatment, a significant step forward in possibly making MDMA a legal, medical therapy.

But what makes Dr. Williams’ study unique among all others is her focus on the traumatic experiences of black, brown, and other marginalized peoples. Dr. Williams’ work in psychology began at the University of Pennsylvania, where she was intrigued by a racial gap in the effectiveness of PTSD treatment. “We found that even with the best training, the empirically-supported and scientifically-tested treatment for PTSD wasn’t always working the way it should for people of color,” Williams said. “That’s when I realized we need to have a more nuanced understanding of the effect of race culture and ethnicity on trauma and the healing process.”

This issue is especially worrisome because of inequalities in availability of mental health services to some racial and ethnic communities. According to a study published in 2011 in Psychological Medicine, black Americans had the highest lifetime prevalence of PTSD among all ethnic groups (8.7%). The study showed all minority groups were less likely than white Americans to receive PTSD treatment, with fewer than half overall doing so. Additional inequalities in mental healthcare access include higher uninsured rates for black and Hispanic Americans, and increased rates of psychological distress, depression, and anxiety for black Americans. Less than half of black Americans over age 18 received mental health treatment, counseling, or prescription medications compared to white Americans in 2014.

Dr. Williams described how some of these barriers are self-imposed in minority populations. “There’s a lot of stigma and shame surrounding mental health,” she said. “Oftentimes families will try to hide these problems. They’re not gonna seek outside help unless the problem is so severe they have to.” Dr. Williams explained further that minority populations who do seek out mental health treatment often experience discrimination, misunderstanding, or language barriers with professionals.

As MAPS prepared to launch their Phase III MDMA trials, they contacted Dr. Williams to ask her to lead a study, recognizing her unique work studying racial trauma. Williams knew nothing about MDMA. Though skeptical at first, she was persuaded by an article MAPS published in Psychopharmacology. “The rest is history,” she said. “Our site is the only one in the U.S. focused on the experiences of people of color, and that is really exciting.”

As part of her training for the study, Williams actually took part in an MDMA-assisted psychotherapy session as a participant, led by a senior researcher for MAPS. At a lecture in April, Dr. Williams explained how she confronted her own, younger self in this session, a little girl with frizzy hair and crooked teeth who occasionally pops up in grainy photographs on her Facebook feed.

Williams hated seeing those pictures when her family posted them on social media. The little girl is a reminder of years of trauma Williams experienced at home growing up. “We started talking about that kid that was me,” she said. “My therapist asked if I could find some love in my heart for her, and I said no; I hate her.”

“She asked, why do you hate her so much? And I said—with tears streaming down my face—because she was so vulnerable. It was intolerable. Black people are taught we have to be strong—all the time. But no one can be strong all the time. And no one should have to be.”

Inspired by the potential of MDMA therapy, Dr. Williams assembled a diverse team of researchers to assist in her study, which she says most other MDMA research has been missing. Some of her researchers are her graduate students, while others are individuals she has asked to work with her.

This spring, Dr. Williams and her team began the pilot phase of their study in Farmington, Connecticut. In this stage, each participant works with two therapists. Study leaders supervise and advise the therapist teams to ensure the therapy delivered is standardized. In August, the team will begin the 12-week randomized phase, where participants are divided in half to receive either MDMA or a placebo. A group of “blind”, independent raters will assess the participants for any signs of PTSD recovery.

Dr. Williams described how MDMA-assisted psychotherapy works. Each patient first meets with their therapist team in a 90-minute preparatory session. The patient must display healthy vital functions before proceeding to the MDMA session the following day.

During this 6-8 hour session the patient receives 100-125 milligrams of MDMA and sits with their therapists. For curious readers, this research-grade dosage would be more than enough to have you “rolling” if you took it under the flashing LEDs at a Bassnectar concert. The room is designed to be relaxing and comfortable, with pre-selected music and decorations. The patient may speak or remain silent throughout the experience, as different thoughts and emotions surface.

The patient sleeps overnight in the facility, before conducting a 90-minute “integration” session with their therapists the following day. This entire process is repeated three times before the patient is re-evaluated for symptoms of PTSD. In a MAPS-sponsored MDMA-assisted psychotherapy clinical trial, 68% of participants were no longer diagnosed with PTSD one month after the study. The positive results were sustained, on average, for a year after the trial. These are what Dr. Williams and her team call “durable effects.”

The UConn team revised many aspects of the existing MAPS research protocols to fit their study. They made changes to the informed consent documents given to participants, to music played during therapy sessions, and to decorations displayed to make the study more welcoming to people of color. The team undergoes constant training in sensitivity to cultural and racial issues.

Finding the right participants for this study hasn’t been easy. “We get dozens of emails every week from people wanting to join the study,” Williams said, “but because we’re focusing on people of color, most people contacting us aren’t a good fit.” Her team has also rejected people who live out of state or even overseas.

But the team has found qualified participants simply by speaking about the study in public talks and lectures in the city and region. “Most of our participants saw one of the talks we did or heard about it through word of mouth,” Williams said. “That’s gonna be the main way we recruit people in this community.” Most of the study’s participants are young adults and college students, whom Williams suggests are more open to using psychedelic drugs to treat mental illness than older populations.

A participant must have at least one identifiable, discrete traumatic experience to qualify for the study. Dr. Williams stressed, however, that most people recover on their own from their first traumatic experience. It is an accumulation of multiple traumatic events, large and small, that may lead to PTSD.

“We’re seeing people who have both experienced racism over a long term and had discrete traumas,” she said. “We don’t see people who come in that had wonderful lives until one day they were traumatized.” The study’s participants have experienced discrimination, harassment, sexual abuse, or violence in school, at work, and at home.

As the study proceeds this summer, Dr. Williams aspires to lead the way in making MDMA treatment more equitable. “I hope we will gain a better understanding for how to do this well with people of color,” she said. “We want to be able to inform the clinicians coming after us.” Williams urges more people of color to get trained in this therapy and to offer it in their communities to prevent MDMA from becoming the dominion of affluent, white people.

Williams hopes MDMA will be of great benefit to people of color with PTSD. The most researched current PTSD treatment, prolonged exposure, involves forcing the patient to revisit their trauma again and again. It is often too painful for some patients to endure. With MDMA, patients can have lasting, positive insights with much less angst. “This treatment is so much more humane than existing methods,” Dr. Williams said. “There’s a lot less suffering involved.”