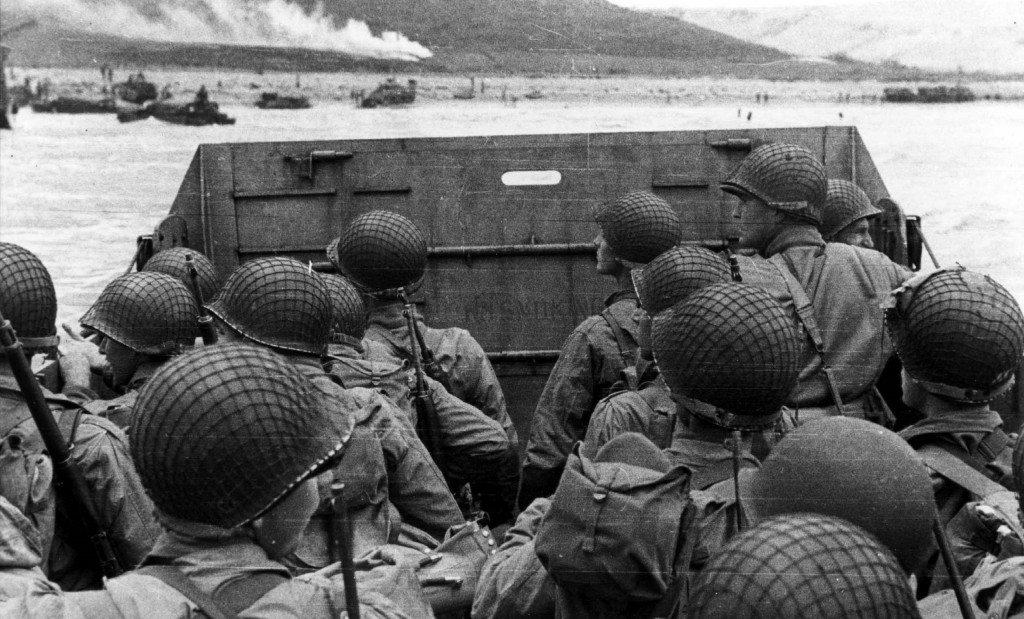 We’ve known about PTSD since World War I, but only recently have we started to understand the most effective ways to treat it. | Image Source: Flickr CC user US Army

Back during World War I, when it still went by the name “shell shock,” we knew very little about PTSD (post traumatic stress disorder). It wasn’t until the Vietnam War that the Army’s study of head trauma started to explore the connection between traumatic brain injury and mental illness. And while this research did a lot to help us understand the psychological wounds our service men and women come home with, we’ve yet to see the same progress in research for effective PTSD treatment.

And we need it now more than ever. According to the U.S. Department of Veterans Affairs, between 11 and 20 percent of veterans of the wars in Iraq and Afghanistan suffer from PTSD. To put that number in perspective, this means that of the roughly 2.5 million men and women who served overseas in Iraq and Afghanistan, it’s possible that as many as half a million veterans struggle to feel safe, regulate emotion, and maintain healthy work and interpersonal relationships.

If you know someone who’s struggling with PTSD, you understand why it’s so important to find effective treatment for this devastating disorder. Not only do the men and women who protect our country deserve nothing less than the best mental health care services, it’s more vital than ever for our health as a nation that we address the dramatic increase in societal illnesses like PTSD, anxiety, and depression. It’s time to think outside the conventional and that means understanding the therapeutic potential of MDMA, which has shown to be very effective in clinical trials for treating PTSD.

MDMA has shown great promise for treating PTSD in a clinical setting, but how exactly does MDMA work in your brain to treat it? While the answer is a complex one, research suggests that MDMA’s efficacy is due to activity in two key parts of the brain in addition to its role in increased production of hormones related to emotional response, bonding, and stress. These combined effects work throughout the brain to alter a person’s state of consciousness and ultimately enhance an individual’s therapy session. To get a better understanding of just how this works, I want to explore the four major ways that MDMA works to treat PTSD.

#1: MDMA increases activity in the brain’s frontal lobe, aiding in emotional regulation when recalling past events.

The vmPFC (ventral medial prefrontal cortex) is a part of the brain that plays an important role in decision-making and emotional regulation. To understand how it works, it’s helpful to look at the story of Phineas Gage. In 1848, Phineas had much of his left prefrontal cortex destroyed in a railroad demolition accident — before his accident, Phineas was described as smart and even tempered, but afterwards, he seemed to regress in age and exhibited strange behavior and violent emotional outbursts. Like Phineas, people with damage to the vmPFC experience reduced social emotions like shame, guilt, or altruistic behavior and have a hard time controlling emotional responses.

People with PTSD don’t necessarily always have a traumatic brain injury, but studying cases like Phineas’ helps us understand the function of the vmPFC. When the vmPFC is functioning normally, a person is more able to cope with and integrate emotions brought up by negative life events. This increased activity in the vmPFC is one way that MDMA works to treat PTSD. It helps an individual to adeptly regulate their emotional responses and create a safe mental space to review traumatic memories and resolve their trauma with the help of a therapist.

The amygdala is a part of the brain that plays a key role in emotional learning and memory modulation. It’s responsible for fear-conditioned responses and helps us remember details tied to emotional or important life events.

The conditioned fear response is probably described best in the psychologist John B. Watson’s 1920 study with an infant named Albert. Watson introduced a white rat to Albert and then made a loud noise behind the child’s back every time he touched the mouse, scaring Albert and causing him to cry. After several conditioning sessions, the white rat alone reduced Albert to tears. Watson also noticed that Albert’s fear response seemed to be generalized; he would exhibit fear when presented with a white rabbit or a white fluffy dog. Similarly, we adults also can generalize our fears — for example, the way a fear or stress response conditioned by battle might be triggered by loud noises like fireworks.

Another interesting aspect of the amygdala has to do with how we remember traumatic events. In studies that examined individuals with damage to the amygdala, participants were told a violent story accompanied by pictures. People with damage to their amygdala remembered fewer details than normal control participants. A decrease in the activity of the amygdala may seem like the exact opposite of a desirable therapeutic effect. After all, aren’t people trying to remember their traumatic experiences in order to successfully resolve the emotions surrounding them?

While that’s true, it’s part of the balancing effect of MDMA therapy. What people most likely experience during an MDMA experience is less an all-or-nothing suppression of activity and is more likely a regulation of function. We want the amygdala’s emotional memory functions during therapy, but its particular wiring in the lower part of the brain stem means that traumatic memories can also trigger an undesirable physiological response like a panic attack. For the soldier who has traumatic memories of war, MDMA can help a veteran access the memory with less risk of a panic attack. We begin to see how MDMA therapy removes psychological blockages while preserving a sense of safety.

#3: MDMA produces high levels of the hormone oxytocin, which plays a key role in human bonding.

Oxytocin is a hormone that plays a big role in pregnancy and human bonding. It’s secreted in a woman’s body after giving birth and when the nipples are suckled, stimulating milk production. Outside of pregnancy, oxytocin increases trust and other prosocial behaviors, and it plays at least some role in romantic attraction. MDMA also stimulates oxytocin production, leading to ecstasy’s reputation as the “love drug.”

Again, it makes sense why increased oxytocin production would be useful in a clinical setting. Oxytocin’s role in bonding and prosocial behaviors enables the establishment of comfort and trust in a therapeutic setting. In some cases, people with PTSD can be hesitant to talk about their traumatic experiences. (One of the common symptoms of PTSD is to avoid things that remind the person of their trauma.) By changing the brain chemistry, MDMA makes this easier by creating a mental environment that’s more open where you feel more secure with a therapist. All of this allows people to delve more deeply into their trauma in search of resolution.

Norepinephrine is also a hormone, but unlike oxytocin, norepinephrine is primarily associated with the fight or flight response. Almost all of us know what it’s like to feel this hormone work in our body when we’ve been startled. It increases arousal and awareness, causing an increase in heartbeat, blood pressure, and increased blood flow to musculature.

Cortisol is another hormone released into the body during times of stress. It increases blood sugar and suppresses the immune system. Cortisol is thought to play some role in memory formation, particularly the controversial “flashbulb” memories, highly detailed memories or “snapshots” of important or traumatic experiences.

Like oxytocin, the role of norepinephrine and cortisol in MDMA treatment is more likely an example of modulation rather than just a spike in the production of these stress hormones. There’s not enough research yet to describe the exact mechanism, but I suspect it’s the balance of alertness and relaxation in MDMA treatment that gives veterans the ability to work through trauma with the knowledge that it’s always possible to return to a mental safe space.

Hope on the Horizon for Veterans

US veterans safeguard the security and interests of our nation, and in return, it’s our responsibility to take care of them when they get home. It’s clear that MDMA is a safer substance than pharmaceuticals like benzodiazepines, which have long-term side effects and a higher potential for dependence. More importantly, MDMA deals with the root causes of trauma rather than masking the symptoms. And while MDMA is still listed as a Schedule I controlled substances by the US government (meaning it’s considered to have no valid medical application), this is fortunately changing. With continued research, the FDA may see MDMA approved as a medication in as little as five years. And with as many as half a million veterans struggling with PTSD in our nation, five years can’t come soon enough.