Can Psychedelics Help Save the Planet? Interview with James Oroc 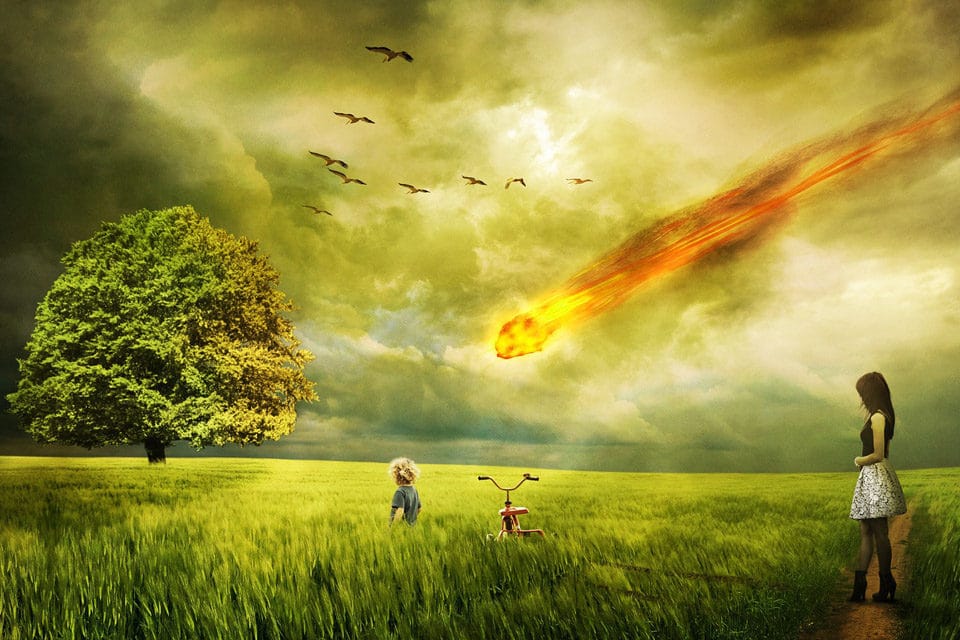 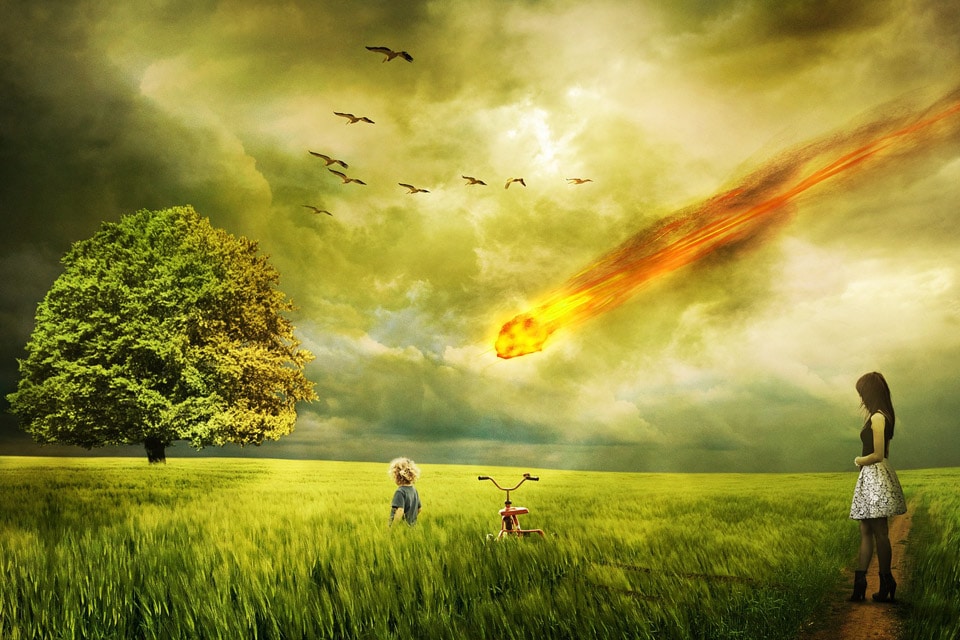 As Michael Pollan describes in his new book on psychedelics How To Change Your Mind, one of the dangerous side effects of psychedelic use is over-exuberance about them and their ability to save the planet. Granted, he has a point, but where there is smoke, there is often fire. All chuckles aside, any serious study of the effects of mindful psychedelic use yields an almost uncanny correspondence to the most massive issues currently faced by Western culture: depression, anxiety, alienation from nature and fellow humans, addiction, PTSD, environmental destruction, and so on. As eye-rolling as it might sound to the uninformed, psychedelics really can play a significant role in alleviating some of our most massive and destructive societal dysfunctions.

One voice that is bold enough to “say it like it is” when it comes to psychedelics and their potential to help us is James Oroc. In his new book The New Psychedelic Revolution: The Genesis of the Visionary Age, Oroc outlines why exuberance about psychedelics and their message is not only warranted, but seemingly necessary at this pivotal crossroads in our history. I was excited to speak with James about his new book and the heart of the psychedelic issue: if it seems self-evident to most who experience peak psychedelic experiences that these substances have the ability to “save the planet,” is this actually true, and if so, why?

Thanks for speaking with us, James. What was the impetus for writing The New Psychedelic Revolution?

I never thought I was going to write a book on psychedelics, and then 5-MeO-DMT came along, and then I never thought I would write a second book on psychedelics, but I realized after nearly a decade of being in the prime seat of seeing everything that was going on, I guess I did have something to say. I kind of envisioned the book as being like The Great Shark Hunt, Hunter S. Thompson’s collection of short pieces, and then my editors convinced me to lay it out in such a way that gave it more flow and made it a little more cohesive, and I think they did a good job of that in the end.

In terms of the content of my new book, I wasn’t setting out to write another Tryptamine Palace, which I think is a very unique book. This book kind of wrote itself. I was the right guy in the right place with the right skillset. When it comes to the art history aspect of the book, I had been waiting for other people who are more qualified to write about that for quite a while, but since they didn’t, I finally had a go. I like the way it came out as sort of an essay on art and spirituality and visionary art and psychedelics, and introduces people to new artists. So I’m very happy with how it turned out.

Agreed. It sets out a couple of theories and theses and then supports them with evidence, and I felt like it did flow very well. It has some central points but then a bunch of interesting one-off stories as well, with a big emphasis on visionary art.

In the book you make some grand statements about psychedelics and the future of humanity, claiming that “the appearance of psychedelics in Western culture at this critical juncture in human history is not coincidental” and that “an entheogenic society is a critical piece of the new paradigm required for humanity to survive its rapidly worsening modern dilemma.” I agree completely, and feel it more with each passing year. I’m curious, what does an “entheogenic society” look like and mean to you?

Well for starters, tolerant. In my experience, psychedelics lead to greater tolerance and greater acceptance. They also bring us back to a believable spirituality that we actually feel, and a recognition of the sacredness and connectedness of all life. I think the way that psychedelics help us to view and respect and value life on this planet is exactly the societal attitude that needs to be adopted for us to survive. So we have the template, we just have to see if we can actually apply it.

I think the entire environmental movement was partially inspired by the psychedelic movement. The fact that there were so many people out there feeling that connection with nature in that critical period led to the emergence of the environmental movement in the 60’s. I also think the internet is either directly or indirectly a result of the psychological interconnectedness people felt in the 60’s. They were in some sense trying to create a digital version of the way psychedelics make us feel. So I certainly don’t think that their emergence at this critical period in our history, or their reemergence, is coincidental.

Now, do I think that they will save us? No, not necessarily. I don’t think we can necessarily be saved, and I don’t think things are looking very good right now. But psychedelics are in the picture, and they are doing their best to teach us and make us examine the human condition from a different perspective than the one we’re taught. I think they are invaluable, and I really think they are providing us a template that would give us a chance to survive. How do we effectively regain control of the mass of human beings on the planet, and the destruction that results from our desire for resources? We’re way out of balance as a species, and psychedelics tell us that. They make us very aware of the fact that we are out of balance.

But is that enough? Time will tell. I spend a lot of time talking about the relationship between entheogens and the ego, and I really think at the end of the day that’s the battle that we’re up against. We’ve created a very egocentric, scientific, rationalist society that views the planet as being here for our exploitation, and we now need to evolve to a more interconnected, caring, and understanding view of our role as custodians of the planet. Hopefully psychedelics are one of the tools that will help us.

When it comes to creating societal change, there is certainly evidence that psychedelics have been responsible for very significant cultural evolutions. When you think about the fact that the majority of Greek philosophers participated in the Eleusinian Mysteries, and that Greek philosophy is the foundation of Western thought, you have to wonder how grand of an influence psychedelics have really had on our culture to date. You see their effect in India as well, with Soma and the Vedic texts, and then in South America you have the Chavín culture where they invented basically all the stone techniques used by the Incas for centuries afterwards, all created by a mescaline-using psychedelic society that didn’t believe in war. So there are plenty of historic examples of how psychedelics have been involved with sophisticated cultures that created new ways of living, thinking, and understanding. 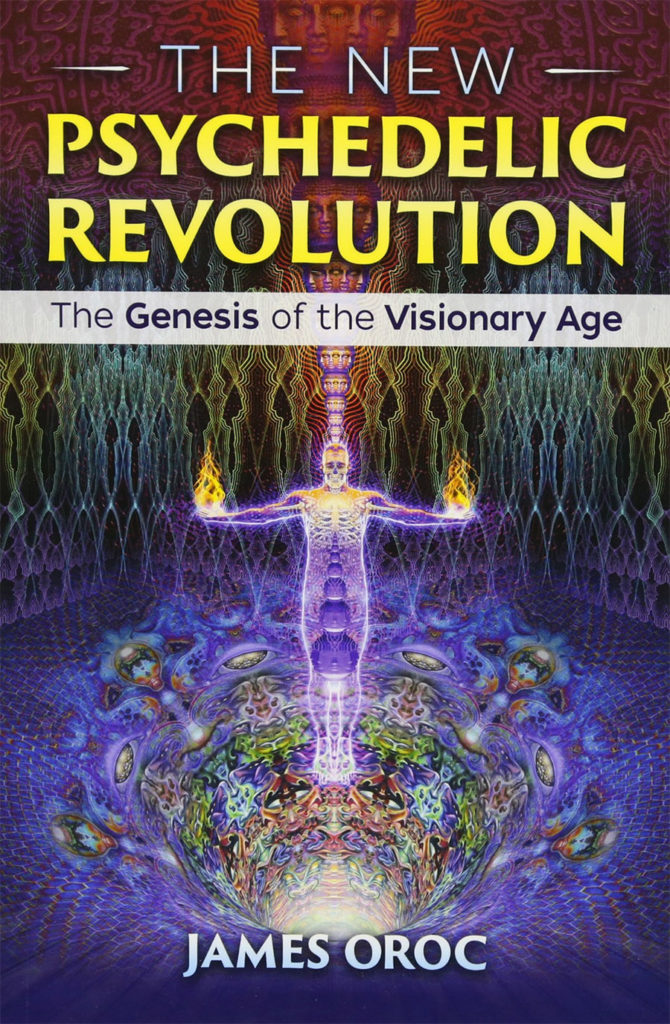 Very well put. As we see this cultural evolution playing out here and now, one of the major fronts is the likelihood of legalization through current clinical trials. It’s looking like MDMA and psilocybin could soon be legal treatments in the United States.

Yeah, and ketamine treatments are already legal. As this legalization process moves forward, there is the possibility that once these substances are legal, we could have off-label prescriptions and open up this whole doorway to psychedelic therapy clinics and the like. This could all just be a few short years away. I’m curious if you have any take on how this is playing out.

My initial thought is that it’s sad that we need it, that the world is so fucked up and there are so many people in such pain and suffering that they need the immense healing offered by psychedelics. I think it should be a right for end of life patients to be able to use substances like 5-methoxy-DMT if they want to, and I think there is plenty of evidence that these are very effective against depression. I’ve heard many, many personal accounts of people who’ve had years of depression cured by one LSD session. As for addiction breaking, I think it’s well accepted that these substances are good tools for that, too. I am not a doctor- I don’t try to heal people, and I don’t ever call these things medicines because I don’t use them as medicines. To me, they are entheogens. I already feel pretty healthy, so I see them as useful tools in the toolbox of healthy people who are trying to evolve themselves physically, mentally, spiritually, and socially.

There are so many aspects to psychedelic culture at the moment. You have the whole research-based one, which I applaud, and I love the fact that it’s getting back into the universities and we’re getting to explore some of their basic properties. But I look forward to the day when we can really explore what psychedelics are all about. For example, I’m fascinated by how some people have very visionary experiences and some don’t. My friends Alex Grey and Luke Brown and Android Jones and the artists I know have these super visual experiences that they describe to me, whereas mine tend to be far more cerebral. I’ve had some visionary experiences, but not a lot, and they are usually on gigantic dosages of something I’ve taken accidentally. That would be a really fascinating avenue of research- finding out why some people tend towards the cerebral and others tend towards the visual. I think there are many fascinating avenues that we can begin to explore once psychedelic research has opened up.

You have to remember that when it was closed down in the 60’s, psychedelics were the hottest thing in psychology. Everybody wanted to work with psychedelics, and the door just got slammed shut. So I think that once the crack begins, the door can be pushed further and further open, and probably ten or fifteen years from now there will be all kinds of fascinating discoveries made in psychedelic research. It’s like we just discovered the stars and then banned the telescope! So I think psychology is dying to get back in there.

My personal interest comes more from the mystical side, I would say. But I’m going to the conferences and keeping up with what’s going on because there’s a lot of fascinating stuff. Depression and PTSD are massive problems, and we’d love to find a magic pill. Psychedelics aren’t really the magic pill, but they can help alleviate these conditions. That, and hopefully, transform the culture while they’re at it.

We are very grateful to James for continuing his conversation with us. Check out our first interview with James Oroc about the transformational festival movement, and stay tuned for an upcoming conversation revolving around dubious underground 5-MeO-DMT shamans.