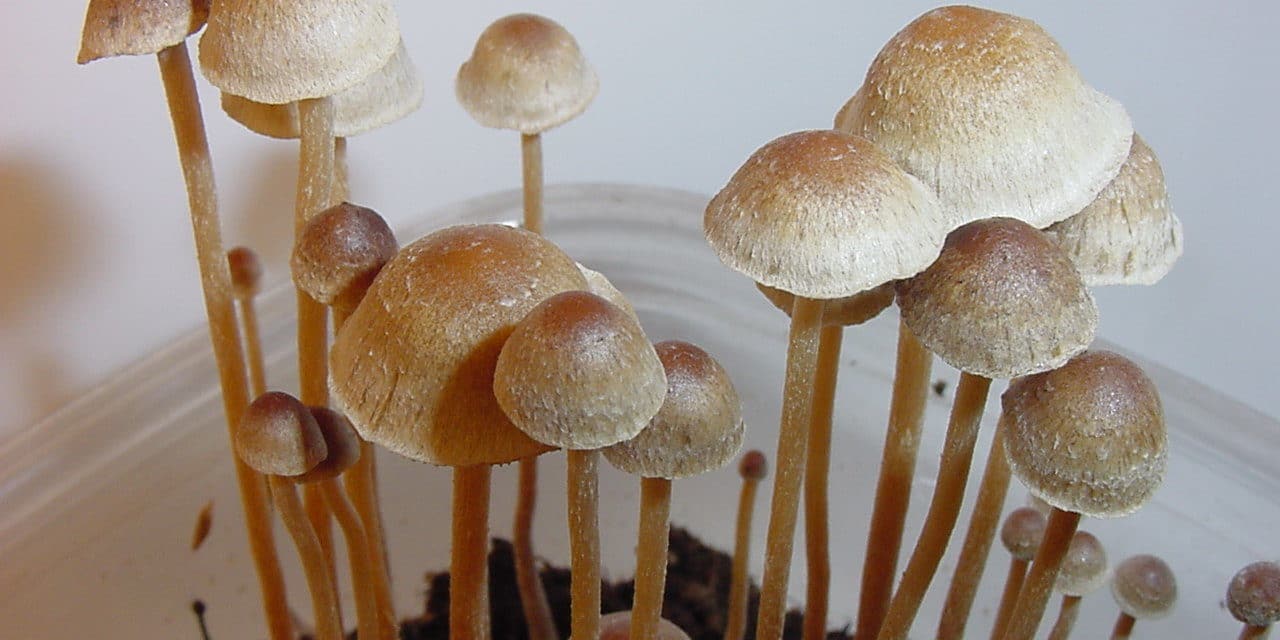 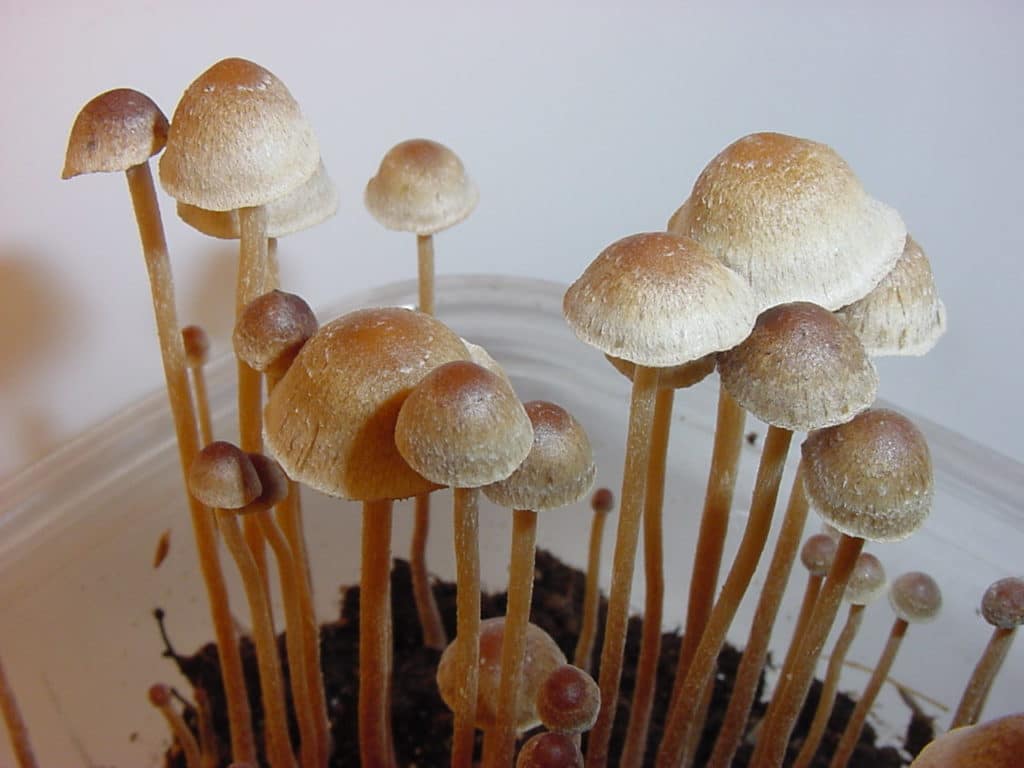 Oh, the irony. While using psychedelics in the U.S. could land you in prison, experiences with LSD or psilocybin-based “magic mushrooms” may help keep you out, according to new research which suggests that these drugs may make you less likely to steal or be violent.

Other recent research also suggests that psychedelics can increase spiritually significant events and encourage prosocial behavior, such as meditation and feelings of interconnectedness.

Two recent, separate studies in the Journal of Psychopharmacology explore the positive benefits of classic psychedelics. The first, from scientists at Johns Hopkins University School of Medicine, examined the enduring mystical qualities that psilocybin, the active ingredient in ‘magic’ mushrooms, can imprint on people.

The researchers put out flyers around Baltimore and not surprisingly, got a lot of interested participants—more than 1,300 people wanted to try mushrooms for science. After narrowing it down some, they found 75 healthy volunteers, age 22 to 69.

Over the next six to eight months, they performed at least two sessions with psilocybin. Some participants were given a low-dose—“functionally a placebo”—but others were given a high dose and varying levels of spiritual support.

The volunteers tripped in a room made to feel like a living room and filled out four questionnaires, such as the Hallucinogen Rating Scale and the Mysticism Scale. Afterward, they were given a book on meditation, a blank journal and a one-sheet suggesting spiritual practices.

“The spiritual practice suggestions had three primary elements,” the researchers wrote. “[M]editation (10 to 30 minutes of sitting meditation daily); daily awareness practice (use of mantra and one-pointed attention in daily activities); and daily self-reflective journaling of insights, benefits, and challenges of spiritual practice in daily life.”

What they found was that long-term, positive effects of psilocybin were dependent on a higher dose. They found that it can open the mind to greater forgiveness, death transcendence, daily spiritual experiences, interpersonal closeness and other prosocial behavior.

“Psilocybin can occasion enduring trait-level increases in prosocial attitudes [and] behaviors and in healthy psychological functioning,” the researchers concluded. 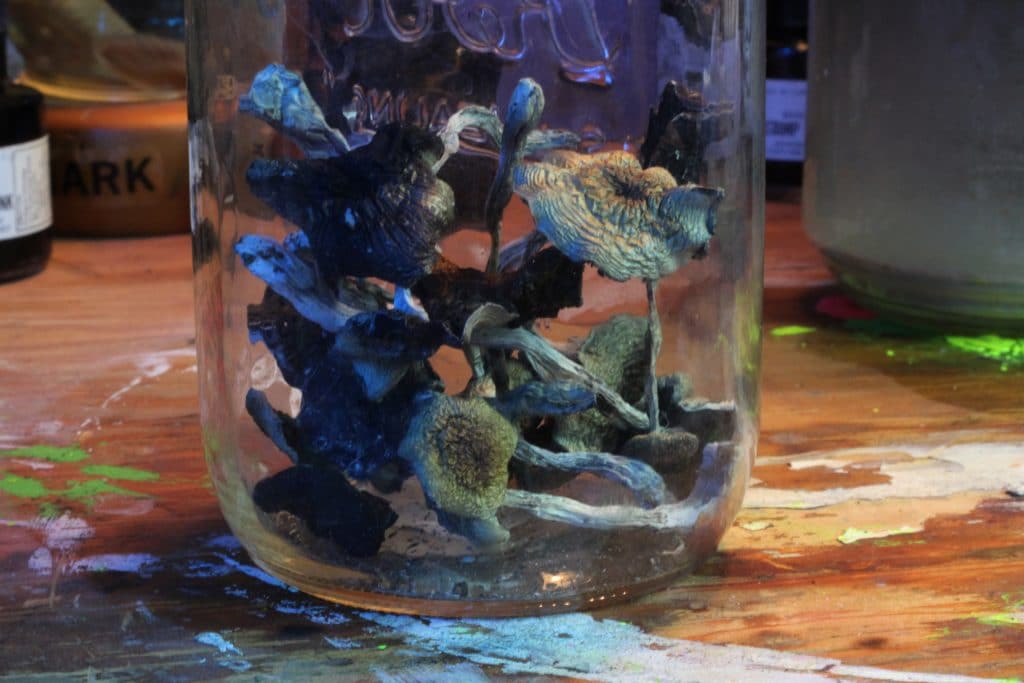 Should We Reform Criminals By Giving Them Psychedelics?

The second study, from researchers at the School of Public Health at the University of Alabama at Birmingham, looked at psychedelics from the opposite end of the spectrum: whether they can decrease negative, antisocial behavior.

This study was much broader, looking at 13 years of data from the U.S. National Survey on Drug Use and Health, which included more than 480,000 people. Some of this same data has been used before in at least five different studies to examine the link between psychedelic use and mental health. (Here is an example.)

Then, they looked at the same survey data, which asks a series of questions about criminal behavior. For example, “how many times have you stolen or tried to steal anything worth more than $50?” or “how many times were you arrested for aggravated assault?” Because drug use and crime is often influenced by life circumstances, they adjusted this data to account for age, race, sex, religious beliefs and even employment status.

The only increase in criminal activity associated with psychedelic use is distribution of drugs (varying between 47 and 68 percent), which the researchers say could be attributed to “the goal of improving the human condition,” although it wasn’t known what specific substances were sold.

In contrast, other substance use (i.e. heroin or PCP) was associated a baseline or increase in crime. This led the researchers to suggest that maybe giving people stuck in the criminal justice system a dose of psychedelics would be beneficial—under clinical supervision, of course.

“Given the cost to society and recalcitrance of criminal behavior, the potential represented by this treatment paradigm is significant,” they wrote. However, they did stress that such a program would need to adhere to “the highest possible ethical standards” and that no such therapy should ever, ever be court-mandated, citing “scientific” studies in the ‘50s and ‘60s in which inmates were forced to take psychedelics.

The substance most strongly correlated with lesser tendency to steal or assault people was psilocybin. Compared to people who used other psychedelics or none at all, psilocybin promotes the least antisocial behavior, not counting distributing drugs—if that could indeed be considered antisocial behavior, which in many cases, it is not.

As with any research, there are limitations to consider. This data is self-reported, meaning it can hide bias, and dose-specifics are not available. The scientists note they would not be surprised “if classic psychedelic use were associated with more liberal and anti-authoritarian attitudes toward drug use, as opposed to a more broadly antisocial propensity for transgressive behavior.” In other words, a tendency to try LSD doesn’t necessarily mean an openness to robbing people.

Researchers also note that there could be other variables impacting the correlations, but if more research supports a causal relationship between psychedelics and low crime, it could have broad implications for the criminal justice system.

Taken together, these two studies add to the ever-growing mountain of research flying in the face of every backwards D.A.R.E. monologue that has been pushed on us since Nixon. Psychedelic drugs are not the dangerous, crime-causing menace the government has long described. And while we maybe shouldn’t rush to reform every criminal with an eighth of mushrooms, it’s clear that they should not be illegal.

Cannabis and Legalization: A Practical Guide to Using Marijuana For Therapeutic Purposes