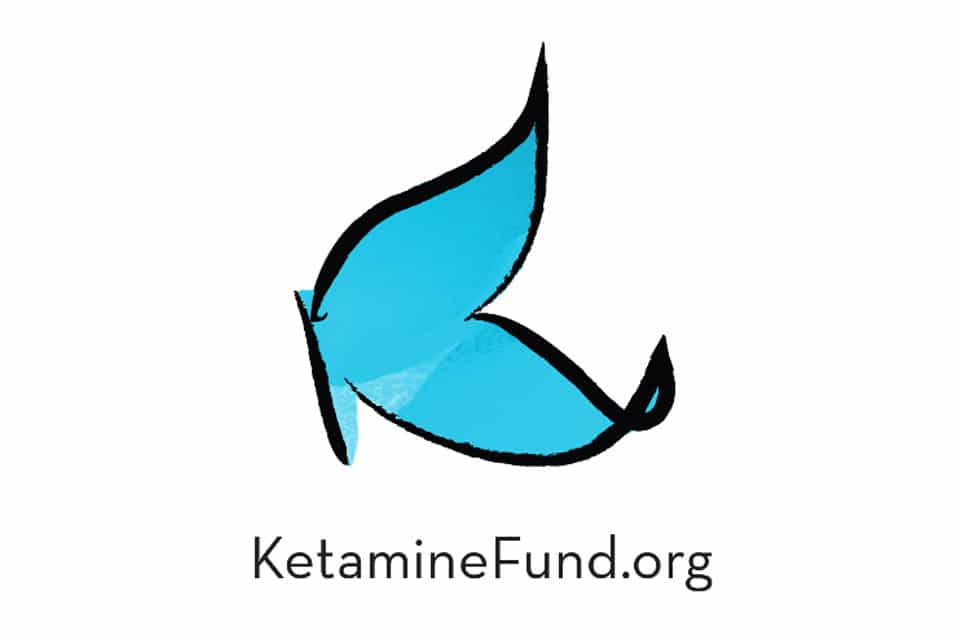 Mike “Zappy” Zapolin is an accomplished entrepreneur and filmmaker behind the psychedelic advocacy film The Reality of Truth which follows actress Michelle Rodriguez and her experiences in South America with ayahuasca and San Pedro. It’s been three years since we first spoke with Zappy, and since then he has started a nonprofit called The Ketamine Fund, which grants free ketamine treatments to veterans and others who are suicidal. Today we speak with Zappy about this new project, and why he has shifted his sights from plant medicines in foreign countries to ketamine treatment here in the United States.

Thanks so much for speaking with us again, Zappy. It’s been a few years since your documentary The Reality of Truth came out. What have you been up to since then?

First off, we’re really excited that over 6 million people have watched the movie since it came out. I’ve gotten some great feedback—incredible things like people saying, “I was going to commit suicide then I saw this movie and I started doing plant medicine and it totally changed my life” and “I was a drug addict and homeless and I found plant medicine through this movie.” It’s so heartwarming to hear that kind of stuff. We’re dreaming of a day when a million people will have done plant medicine as a result of The Reality of Truth, and I feel like it’s heading in that direction.

When I came back from filming The Reality of Truth, I was telling everybody about going down to the Peruvian jungle and sitting with a shaman, and it struck me that the people who seemed to really need it the most were like, “Woah Zappy, I can’t do that. If I tried to tell my family I’m going to go sit in the jungle with a shaman they would put me in a mental institution.” It was frustrating, and I felt like I needed to find a Western medicine approach that could offer some of the same benefits. So I kept exploring and having more experiences, and I wound up finding ketamine.

A doctor had told me about four or five years ago what ketamine was all about, and I decided I wanted to try it. I went through a series of treatments like they would do for somebody who was depressed or had anxiety. As soon as I did it, I was like “Wow, this is like a one hour, tight, clinical ayahuasca ceremony, where you go into present moment awareness. You are sitting there with no future, no past, and you can live a thousand lifetimes in this one 45 minute session.” What’s really cool about it is that it wears off really quickly, so you can go back to work later if you need to. The integration is much different than with ayahuasca, where you really want to spend some time reintegrating.

Ketamine is FDA approved—it’s been proven to be extremely safe, and they even use it as an anesthetic on children. It’s everything that Western culture needs in order to go deeply inside the mind, have a conscious transformation, and then come back out and carry that forward in day-to-day life. I realized then that ketamine could be the gateway to plant medicine, because it’s been my experience that most people who come out of ketamine treatment are wide open to meditation, breathing, plant medicine, microdosing… they’ve just had this complete transformation in one 45 minute session.

I’m really excited because I think ketamine is our approach right now. When you look at the current landscape, you can see that psilocybin and MDMA are going to come out at some point in the next few years, but ketamine is now. It’s FDA-approved; there are probably about 100+ clinics right now in this country that are using ketamine for depression and anxiety, so this is a legitimate opportunity for a deep and transformative inner experience.

Ketamine has immense potential to reverse the suicide epidemic, the depression epidemic, and to help save our veterans. This is what really got me into starting The Ketamine Fund, which is our 501(c)(3) nonprofit. The #1 side effect of ketamine is that it breaks suicidal ideation immediately. What happens is that people go into that present moment awareness, and all of a sudden they see all these different option sets that are available to them, whereas before it might have seemed like trudging through life or commiting suicide were the only two options. When they see these new possibilities, people will say “I can do this, and I can do that; I forgot that I enjoy doing this”, and so on. It breaks that negative cycle and opens people up to new ways of living and a sense of hope and optimism again.

At the Ketamine Fund, our goal is to bring down suicide rates by 75% across the country. Basically, if anyone says they’re having suicidal ideation, they get a free ketamine treatment at a clinic near them. We’ve already aligned with 30 or so clinics around the country who are taking our needs-based people, and we’ve decided that we would start with veterans specifically because they’ve had so much trauma and really deserve this help.

My partner Warren Gumpel and I started the program in Salt Lake City, Utah and have donated 400 ketamine treatments so far. The results are incredible. You can go to ketaminefund.org and see some of the videos of these veterans. They came in suicidal, they were the worst case scenario, then they have the ketamine and it just cleans their slate. One guy was on 22 medications from the VA, and now he’s on no medications—he’s just doing his regular monthly boosters with the ketamine. He said after the first treatment, he went home and hugged his kids and felt the love for the first time in 10 years. How else could you do that, other than maybe somebody going to Peru, sitting with a shaman, and all this deep integration afterwards? This guy went into his Western medicine doctor’s office near his house, got the treatment, came home and his life was changed. To see these transitions happen so fast is incredible, because you don’t have to wait around weeks or months or years to see it—in fact, it’s instantaneous. That’s been amazing. 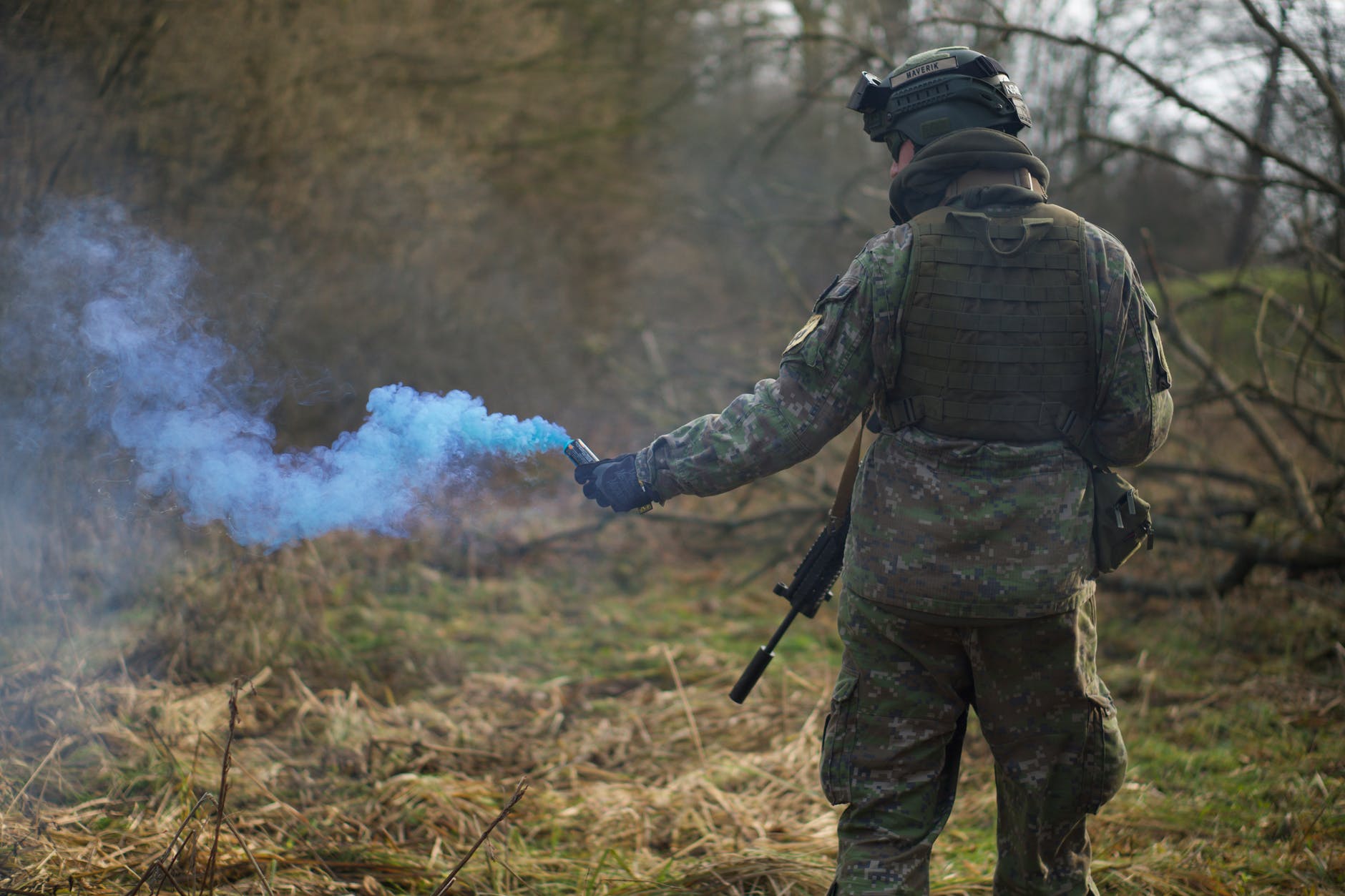 That’s really awesome. Here at Psychedelic Times we’ve covered a lot of veteran-focused initiatives using psychedelics like ayahuasca, ibogaine, 5-MeO-DMT, and MDMA to treat and overcome PTSD—like VETS, Veterans of War, Veterans for Natural Rights, documentaries, MDMA research, and so on. How would you contextualize ketamine within this array of treatments for PTSD and suicidal ideation? If I’m a veteran and I’m not sure which treatment is right for me, what should I know about the ketamine option?

I consider ketamine to be like the ultimate triage. Plant medicines are wonderful and someone might still need to do ibogaine, or get a hug from the grandmother doing ayahuasca at some point. All of these have their places, but ketamine is FDA-approved, legal, and available right now, making it far easier to access without doing anything illegal or taking a trip overseas.

Secondly, the preparation, aftercare and integration with plant medicines is a very significant thing. You want to make sure you’re in the right set and setting, and you want to have the right people to guide you and give context to what you experience. Ketamine is quite different. You go into a doctor’s office, and even if the staff don’t really have an appreciation for what it is, you can sit down in the chair, do your thing, and come out of it a changed person. You don’t need a shaman or therapist to guide you during the experience. So with plant medicines there are a lot of factors beyond the medicine itself that you need to get right, but ketamine seems to be highly effective without needing these extraneous factors to be just right.

The science is showing us that a region in the brain called the lateral habenula records all the stress you’ve had in your life. When it gets to a certain tipping point, it goes into a ‘burst’ mode and shuts off dopamine production, so you’re not getting dopamine anymore—nothing is making you happy, and you get depressed all the time. After doing ketamine, it seems to reset the burst mode, and all of a sudden you can produce dopamine again. In the hours after the ketamine treatment, it metabolizes into 6-hydroxynorketamine, which is building new neural pathways in your brain around trauma and patterns of depression. So a lot of people walk in after years or even decades of severe depression, and come out with motivation, excitement, and joy for the first time in seemingly forever.

We have amazing veteran stories, and people who came in suicidal and walked out looking at the flowers. I don’t think there is anything that is as quick, as safe, and that needs as little set and setting and integration to be effective, as ketamine. So I think, let’s embrace it.

We are very grateful to Zappy for speaking with us and helping to end suicide. Learn more about The Ketamine Fund here and donate here.