New Frontiers in the Psychedelic Renaissance: Musings from the MAPS Psychedelic Science Summit 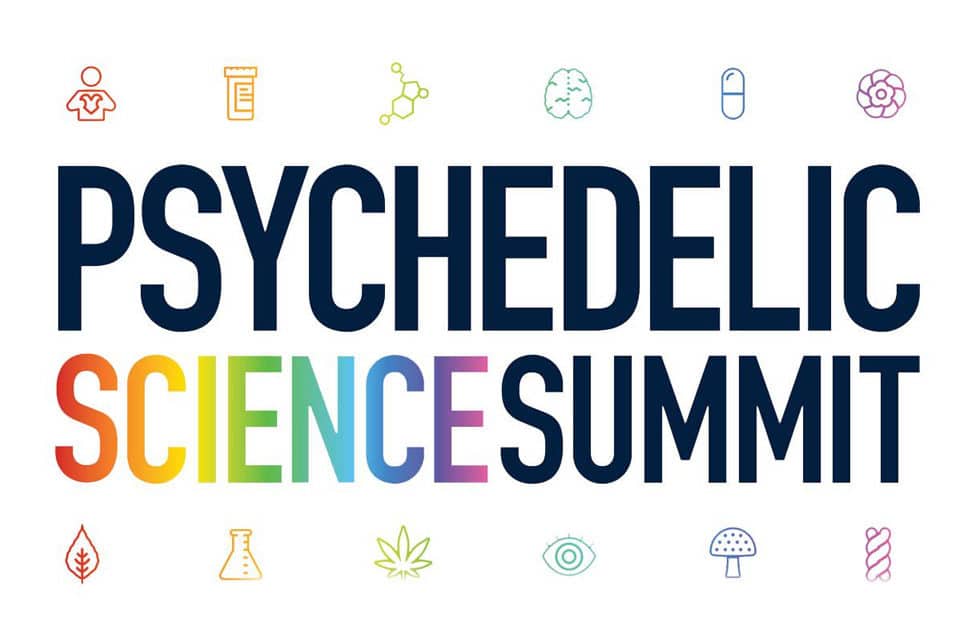 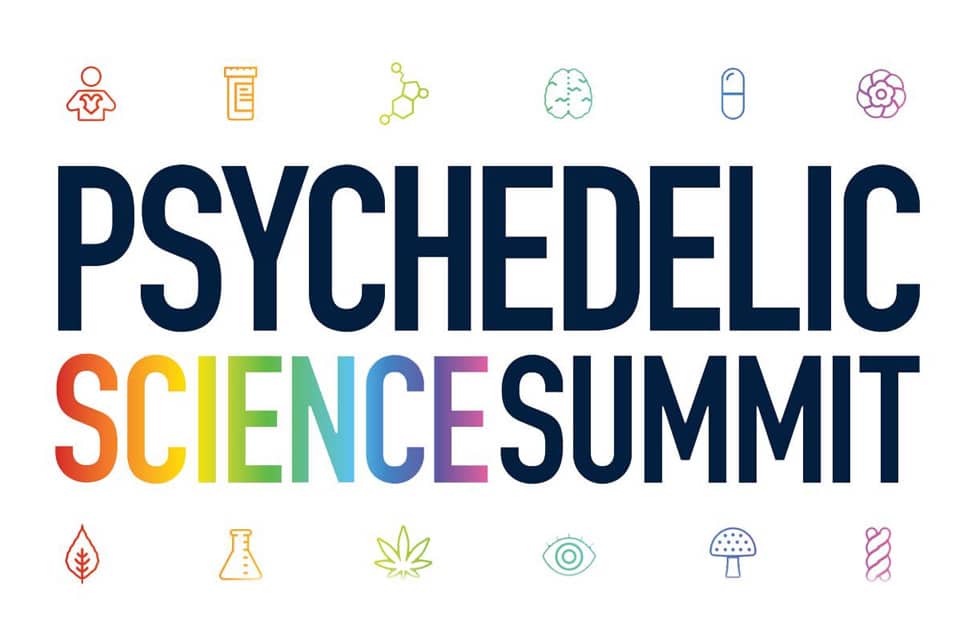 It was my great pleasure last week to participate in the Psychedelic Science Summit in Austin, TX sponsored by the Multidisciplinary Association for Psychedelic Studies (MAPS). Psychedelic Times founder Joe Mattia and myself enjoyed an array of fascinating presentations by speakers such as Rick Doblin, Dr. Carl Hart, Paul Stamets, Tim Ferriss, Bia Labate, Marcela Ot’alora, and many others. After absorbing the full weekend of events and engaging in many fascinating side discussions between lectures, here are the key takeaways that I found to be the most intriguing.

In Rick Doblin’s opening speech, he shared some interesting new developments in MDMA’s FDA approval process. While he asserted that we “do not celebrate too soon,” things are looking good for MDMA to pass the FDA approval process, despite some concern from certain folks at the FDA. Recent blowback from the opioid epidemic has turned a critical eye toward the FDA’s role in approving opiate medications without proper research into their addictive potential, and as such, the FDA is now taking a more cautious approach to approving MDMA, which has a known niche of recreational use. One way this is manifesting is a greater hesitancy to allow therapists to undergo MDMA-assisted therapy as part of their training, which presents problems in ensuring that psychedelic therapists are appropriately prepared to guide people through these experiences. While Rick is still optimistic, it is clear that some hurdles do remain before MDMA becomes a legal and prescribable medication with a sufficient number of fully-prepared therapists.

Assuming that the MDMA Phase 3 trials are a success and that MDMA gains FDA approval, the FDA is likely to support MDMA research with adolescents experiencing PTSD. It was surprising to hear that the US Food and Drug Administration would suggest giving MDMA to teenagers, but it makes perfect sense in the context of MDMA as a breakthrough medication. Keeping in mind that we already prescribe versions of speed and heroin to children and teenagers when medically appropriate, and that many indigenous cultures with psychedelic sacraments give peyote, ayahuasca, and other visionary substances to children and teens, it is not such a stretch to imagine that MDMA too could be used in this way to treat young people dealing with severe trauma. It goes to show that the stigma of MDMA as a dangerous party drug is quickly being eroded, and that it is rightly also being understood as a life-saving medicine.

Ibogaine: The Next Frontier

As MDMA nears the FDA finish line and psilocybin FDA trials continue not far behind, MAPS’ next priority as an organization will be the development of ibogaine as a legal medicine. Ibogaine is the world’s most powerful addiction-interrupter, resetting the brain’s neurochemistry to a pre-addicted state. It is particularly impactful with opiate addictions, helping addicts to minimize or bypass the tortuous symptoms of opiate withdrawal. Considering the far-ranging and ever-growing epidemic of opiate addiction and fentanyl deaths in the United States, it seems timely and highly appropriate to prioritize ibogaine in the coming years.

One of the most hotly debated aspects of the psychedelic renaissance is how to deal with the arrival of commercial interests and for-profit businesses in the psychedelic space. While some are glad to see businesses emerge and look forward to their ability to scale in order to bring psychedelic therapy to the masses, others are wary of “commodifying the sacred” and have great suspicion of those looking to make a quick buck without reverence for the sacred aspect of these substances. An oft-heard lament at the conference was that we should avoid the pitfalls of cannabis legalization, with regulations so stringent that it allowed for-profit corporations to take over the space and left many small growers and mom-and-pop operations unable to compete.

At the same time, a wave of drug decriminalization measures are sweeping the United States and other parts of the world, most notably in Denver and Oakland. Many decriminalization advocates see their cause as not only a harm reduction crusade to end the negative effects of the war on drugs, but also as an important bulwark against corporations seeking to monopolize access to the future of psychedelic therapy. The idea is: let corporations offer their psychedelic therapy clinics all they want, as long as underground practitioners and recreational users can also utilize these substances with the same level of safety and access.

While some advocates for medicalization and commercialization are wary of decriminalization and point to the potential dangers, Rick Doblin took an interesting stance on this that was refreshing and inclusive. Rather than harming the efforts for mainstreaming psychedelics, Rick postulated, decriminalization efforts are serving to move the bar in the conversation surrounding psychedelics, and now seem more “extreme” than the FDA approval process and scientific research in which organizations like MAPS and Heffter are involved. This makes psychedelic research and FDA approval seem moderate and even conservative, a characterization that was unthinkable just a few years ago. This was an encouraging point for a topic that can be so contentious, and in the opinion of this writer, we should absolutely seek decriminalization of all illegal drugs, and accept that for-profit psychedelic therapy is an inevitability that can serve as a positive force so long as we avoid monopolization and ensure that personal use and cognitive freedom are not eschewed for corporate profit-seeking.

While there was an equal number of men and women speakers, it was clear and openly admitted by Rick Doblin in his opening speech that today’s “psychedelic space” is mostly white. This got me thinking, as many were, about the best way to diversify our community. Through my study of permaculture, I learned that diversity is the cornerstone of fertility, abundance, and resilience in ecosystems. If I were faced with designing a food forest on a plot of land dominated by certain plants, I would indeed place extra effort on establishing new species for the larger goal of establishing a diverse and therefore more dynamic and productive forest. Would it be “unfair” to the established trees to give more attention to the newcomers? Clearly it would not be, for ultimately it would be in the highest good of all to bring diversity and resiliency to the forest.

Culture too is enhanced by diversity, and leads to tolerance, novelty, and in my opinion, much more interesting music and art. From this perspective, we absolutely should make extra efforts to bring more voices and more diverse backgrounds to the table. People of color have been disproportionately impacted by the war on drugs, and do not enjoy the same implicit privilege that many white people have in feeling safe to speak openly about their experiences with psychedelics. The trust, surrender, and letting go of one’s defenses that is so essential for positive therapeutic outcomes with psychedelics is easier for those who feel safe in our society, and likely much harder for those who feel embattled. Taking a laissez-faire approach to cultural diversity within the psychedelic space is folly, in my opinion. We can and should make extra efforts to nurture, highlight, and uplift individuals and communities of color to the forefront of the psychedelic renaissance, and ensure that indigenous voices (the true grandmothers and grandfathers of the psychedelic tradition) are honored and amplified as well. These efforts will enrich the movement immeasurably.

Dancing With the Ancestors: Traditional Iboga Use in Bwiti Culture