Derived from the venom of the Phyllomedusa bicolor frog, kambo is a powerful tool for treating pain. Image Source: Wikimedia user Jiel.

When US Attorney General Dr. Vivek Murthy sent a letter to the nation’s doctors earlier this year issuing a warning about how they prescribe drugs, it was a clear “wake up call” moment in our country’s ongoing opiate crisis. In the letter, Murthy warned that the US’s opioid epidemic was rooted in doctors’ overzealous prescription habits, saying that “many of us were taught—incorrectly—that opioids are not addictive when prescribed for legitimate pain. The results have been devastating.”

Murthy’s call for greater safety precautions when prescribing painkillers is echoed in the increasing efforts of many people to cut back on prescription drugs with dubious side effects and find safer alternatives. The past decade’s boom of research on the benefits of medicinal plants, in particular, has provided no end to creative solutions to the ills of humanity, but the growing popularity of an indigenous Amazonian medicine sheds light on an even more unlikely tool for treating addiction and managing pain—frog venom.

If you’re well versed in the realm of psychedelic substances and the visionary effects of the Bufo frog’s 5-MeO-DMT secretions, frog venom won’t seem too strange of a source for therapy. But unlike the Bufo frog of northern Mexico, kambo—the venom of the Amazonian Giant Monkey Frog—isn’t psychoactive. Instead, its effects are more akin to those of opiates, which work to dull pain and decrease inflammation in the body. In the search to effectively manage pain through safe and natural means, some people have found kambo to be a powerful tool not only to treat their initial pain but to get off the prescription opiate drugs they depended on before.

Kambo is known as the “vaccine of the forest” in Portuguese, a name due to its use as a treatment for a spectrum of diseases including migraines, depression, blood circulation, organ diseases, fertility problems, and cancer. Most notably, though, it is used to treat pain. Research conducted since 1979 has shown that kambo’s powerful peptide content makes it a natural and holistic painkiller. Of the nine peptides in kambo, some of the most notable include phyllomedusin, which contributes to deep purging and detoxification; caerulein and sauvagine, which heighten sensory perception and stamina and have powerful pain-relieving properties; and dermorphin and deltorphin, which provide an opioid-like effect 400 times more powerful than morphine.

In addition to its analgesic qualities, kambo is a powerful anti-inflammatory and anti-microbial, supporting the notion that kambo could potentially treat a vast spectrum of diseases and bacterial infections in the body. While research has yet to confirm its potential, traditional kambo treatment administered over a series of sessions could prove to be a powerful tool in the fight against many diseases.

And while decreasing pain and treating diseases are obviously important effects of kambo, it also works to attack the modern plague of addiction which Murthy spoke of. Simply put, the less pain you have, the less likely you will feel the need to seek out opioids or other pain medications which can prove devilishly addictive. For those already suffering from addiction, kambo can provide an alternative method of pain management while they work to kick the addiction. Essentially, kambo has a one-two punch effect; it treats pain and, in doing so, helps individuals decrease dependence on more addictive pain management medications.

Kambo is often described as a “fiery” medicine and is a painful experience itself. The frog venom is applied by being burned into the skin—often on the upper arm—through the tip of a heated stick, after all! That may seem a curious characteristic of a pain treatment, but many people say this momentary pain is an essential part of the process of spiritual growth and part of the reason it’s such an effective tool. Kambo is said to help you purge stagnate spiritual toxins called panema which get blocked in our energy channels and manifest in our day-to-day lives as depression, anxiety, and laziness. After the initial spark of pain fades, the practitioner is left awash in a flooding sense of relief and calm.

Anyone familiar with the theories of addiction will recognize why kambo’s spiritual properties might help interrupt addiction by providing a powerful means of self-reflection. Lattanzi’s theory about kambo is reminiscent of reports from people who take ibogaine to treat addiction and say the medicine helps them recover in part by uncovering and exploring deeply-ingrained negative habits. Like the interpersonal breakthroughs one might associate with an ibogaine session, a kambo ritual can help point out opportunities for growth and development for the individual undergoing the ceremony, making it a ripe tool not only to treat the root pain but also to help wean any dependence on prescriptions used to treat that pain.

So in addition to being a powerful peptide combination that stimulates the nervous system, eases pain, decreases inflammation, and cleans out the gastrointestinal tract, kambo provides what many call a spiritual cleansing or detox of the energetic fields. In the quest to get to the root trauma aggravating many addictions, the combined physiological and energetic effects of kambo have many people turning to it as an alternative tool to pain management.

Generations of indigenous wisdom backs up the claims that the Amazonian frog venom is an effective medicine, but unlike some other plant medicines that can be undertaken solo, it’s best to undergo a kambo ceremony with an experienced practitioner who can administer the medicine safely and effectively. If you’re interested in learning more about managing pain through natural methods or want to decrease your dependence on prescription painkillers, contact us to learn about how kambo or other plant medicines might be able to help. 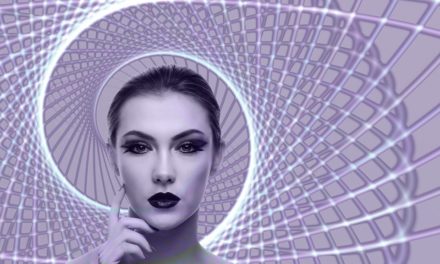