One of the great lessons that psychedelics are known for revealing is how profoundly connected we are with the natural world, but nature is not just the sum of all living things- it is the dynamic process of life, death, and rebirth. The kingdom of Fungi, which contains the psychedelic mushrooms such as Psilocybe cubensis, happens to play a critical role in the decomposition process, turning dead plants, animals, and even humans into fertile, nutrient-rich soil which gives rise to new life. Is it a coincidence that these master decomposers may have something incredibly valuable to teach us about death, not just in ecosystems but also in the minds of the curious humans who consume them?

Brothers Dennis and Terence McKenna were early apostles of psychedelic mushrooms, and did much to bring them into mainstream cultural awareness with their classic book on mushroom cultivation: Psilocybin – Magic Mushroom Grower’s Guide. While Terence, the great bard, would go on to spread the legendary psychedelic meme of the “heroic dose”- 5 dried grams of psilocybin mushrooms taken in complete darkness; his brother Dennis was a founding member of the Heffter Research Institute which has published research on psilocybin’s uncanny ability to treat depression and anxiety in terminally-ill cancer patients. We spoke with Dennis recently about what mushrooms have to teach us about dying with dignity, and how much greater that could be than fighting and fearing death until the very end.

Thank you again for speaking with us Dennis. What do you believe is wrong with how we currently treat death and dying in the medical world?

Biomedicine has got all sorts of problems, but one of the major ones is that we don’t do death well. We just don’t. For a physician to say their patient has died is to say that they failed, and that’s not always true. Sometimes the most merciful thing is to let a person die with dignity. Nobody lives forever, and eventually medicine is going to fail, unless we get immortality worked out, but I don’t think that would be a good thing frankly. Medicine has got to get beyond this idea of survival at all costs at the sacrifice of quality of life and dignity- that’s not the point of medicine. The point of medicine is to do what you can within limits and when the times comes, and let it go. Substances like psilocybin can be integrated in a compassionate and useful way if we can come to terms with the idea that people deserve to die a beautiful death, if we can accept that concept.

What makes psilocybin particularly good at dealing with death?

Psilocybin is kind of the perfect medicine for hospice situations. It’s non-toxic and people can be quite ill and yet tolerate high doses because it’s very compatible with human metabolism. It’s perfect for people in terminal states, and I hope that eventually we will be using it far more often for these sorts of situations.

People who are in a terminal state are often very anxious about dying, they are totally focused on it and can’t really get away from that stress. When they undergo psilocybin therapy what that does for them based on post-session interviews is they all say the same thing, ‘I realized there was no point in worrying about death, I’m alive now, I’m not dead, so let’s focus on that. When death comes it will come, but it’s not something I can stop or control’. That’s the therapeutic breakthrough that psilocybin offers, and we don’t necessarily need a drug to realize this but many people seem to need it.

What would the ideal use of psilocybin in a hospice scenario look like?

What I would love to see is whole families coming together at a hospice center for a shared psilocybin experience before someone is too ill to interact. Can you imagine how cool that would be, and how healing that would be for everyone in the family? Psilocybin puts you in a state where you can actually say things to each other that maybe you could never say before. In my own experience with death, my brother and my mother and my father all dead, and all difficult situations in the terminal stages, it’s just very hard sometimes to express yourself. You want so much to be able to say something to a family member but you just can’t do it because this static in the system that builds up over years and years. I think psilocybin can and will be incredibly healing for people in these situations. That is a revolution in medicine if you can change attitudes towards death. I think the potential is very much there.

I can definitely see that. People so often carry around guilt and regrets related to what they never got to say to loved ones before they died, and that makes mourning so much harder. In a retreat situation like you describe with family, all of that would come out and then some. I can imagine people being able to embrace the situation in a really healthy way, both the dying person and their family.

Just to be able to actually communicate directly to the person and say ‘I forgive you, and if I hurt you, I’m sorry’… that can resolve so much. When that is not resolved, you carry it inside and it eats away at you. When a person is gone, they’re gone, so we might as well use the present moment to come to terms with things. I’ve also seen this happen with ayahuasca in the retreats I do. Ayahuasca is not the ideal medicine for people that are dying because it can be hard on you physically, much harder than psilocybin, but in many situations I’ve had families come, like a father and a couple of kids. They are not dying but they’re at that point where the kids are grown up and they are entering into a new kind of relationship. I’ve seen amazing reconciliations happen. They carried all these conflicts over the years, and it’s not that they all go away immediately, but after the ceremonies they can relate to each other in a much more honest way. The shared psychedelic experience facilitates communication, and I’ve seen a lot of good effects come out of that.

We are very grateful to Dennis for speaking with us and for his incredibly legacy in psychedelic culture and research. Check out our other interviews with Dennis about his upcoming event ESPD50, Ayahuasca and Artificial Intelligence, and Ayahuasca, Shamanism, and Psychotherapy. 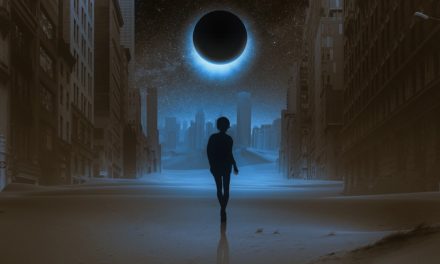 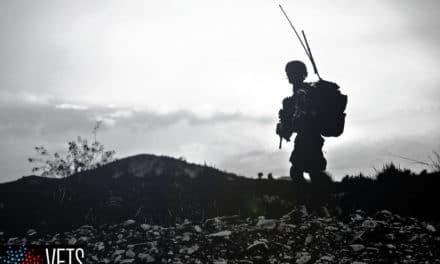