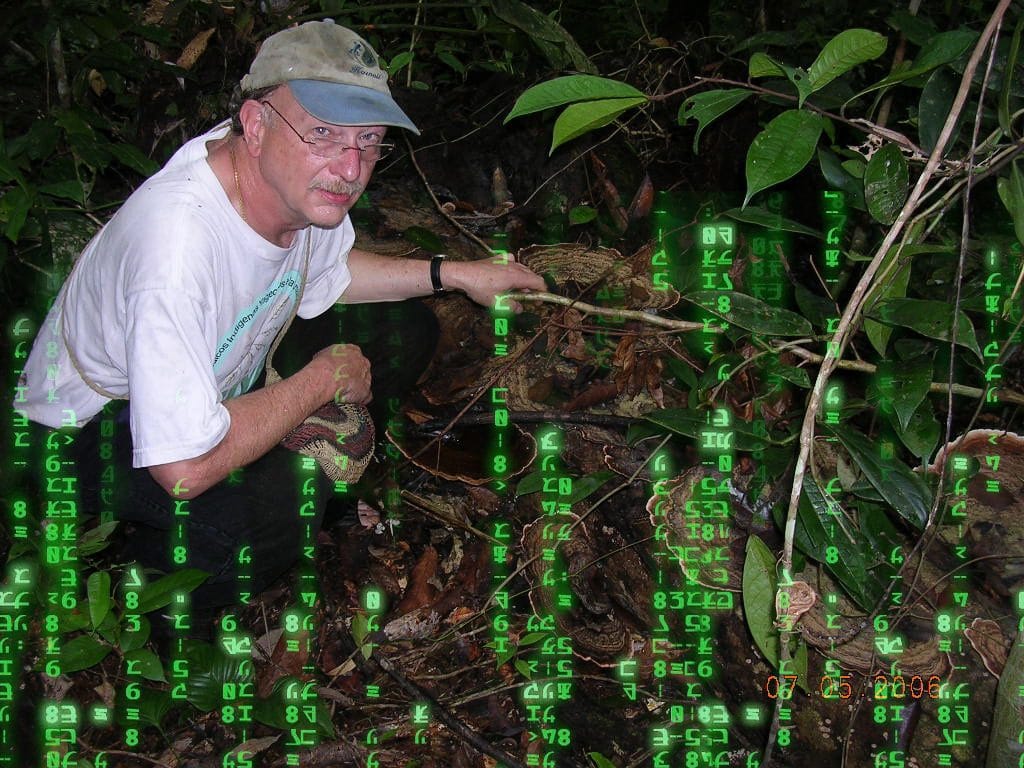 Psychedelics are well known for their ability to impart a deeper appreciation for nature, but can they expand our relationship with technology as well? In parallel with the familiar accounts of psychedelics helping people to connect with nature in numinous ways for the first time, there have also been streams of trip reports that involve grids, strange technologies, scientific breakthroughs, and machine elves. Could it be that one of the great lessons that psychedelics have to share is the fact that humanity and our technology should be seen not as separate, but inseparable from nature? And if so, what is embedded in our culture that causes resistance to this concept?

Psychedelic adventurer, author, and researcher Dennis McKenna has been exploring psychedelic substances for the better part of half a century and is one of the best equipped minds on the planet to speak on mysteries such as these. We caught up with Dr. McKenna recently and spoke about AI, religion, and some of the lessons and big questions that psychedelics confront us with.

As a well traveled psychonaut, have you ever gotten pushback from ayahuasca or any other medicine? Something like a message telling you to do more integration and less exploring?

Some people do get the message that they need and step back for a while, and that’s totally legitimate. I sometimes get that. Just by the pattern of my own use, I tend to use ayahuasca when I’m in South America and not outside of that. I have yet to reach a point that I’ve received a clear message saying ‘you need to lay off a couple years’. People do get that message, and I think that’s fine. I really do believe that the dynamic happens between the medicine and the person and there’s no right way to do it. There’s a right way to do it for you, and for each individual. I tend to think of ayahuasca as a liquid, and it will fill whatever vessel you create for it. Maybe that’s at church, maybe it’s at a shamanic retreat or a neoshamanic weekend in Marin, who knows. All of those are ok. The important thing is that there is a context and a structure.

Beyond that, my own feeling is that the less you expect of or impose on the medicine, the better off you are because you keep all possibilities open. If you come along and say you’re going to experience this and that, and this should happen, and if that doesn’t happen then you’re not doing it right… bullshit. We’re all learning with these substances, and that’s the thing, we have been learning for thousands of years and it’s going to continue that way. Its interesting and paradoxical in some ways. Ayahuasca relates to us on the species level and the individual level. We’re individuals and we relate to ayahuasca as though it were an intelligence of some kind, or at least it certainly presents itself to me that way. But I try to keep in front of me the idea that while I may be seeing ayahuasca as this teacher or this ‘wise mother’, how is ayahuasca looking at me? It looks at me as one of seven and a half billion people, it looks at me as an instance of my species I think. It’s a different kind of relationship. Have you seen the movie Her?

Oh it’s a very interesting movie about a guy who essentially falls in love with his operating system. It’s this Siri-like entity that he gets involved with, but much more sophisticated than Siri. It presents itself as this female intelligence and he is this geeky guy that gets involved with this thing and confides in it and so on. For him it’s a very personal relationship. And then comes a point in the movie where he says “You’re in touch with all the other people too right?” because he’s getting jealous. And she says “Well, yes, I’m an operating system.”  And he says “Well how many people are you talking to right now?” And she says “Oh about 85,600” And he’s like “Oh my god!”

So it’s sort of like that. Here he thought he was carrying on this intimate affair, and so do the 85,000 other people she’s doing the same thing with. Maybe ayahuasca is like that.

Its funny how that technological metaphor fits so well. Something that’s occurred to me recently is that our concept of Nature (including our internal nature and the natural world) should expand to include technology. Maybe that is one of the sea changes that is happening right now because it seems like our technology is just an extension of our relationship with the natural world.

There’s so many amazing metaphors that are just so easy to relate to. Often we say science and technology are over here, and the natural world is over here, but there’s nothing in our computers or technology that doesn’t come from nature.

I couldn’t agree more. I think it’s a question of learning to think about these things in a clear way. These are simple words but complex in terms of the implied understanding of how you use those words, because it’s quite true, there is nothing outside of nature. We are part of nature. It’s easy to think that we’re separated from nature and our technology is not natural and all of that, but it really is natural. Maybe the biggest part of our challenge is to recognize that we are inseparable from nature.

Yes, and often that involves some deprogramming, because our culture does not adopt this perspective by default.

For 2000 years at least the whole Judeo-Christian mindset has poisoned collective consciousness to think that nature belongs to us, it’s something that we dominate, we’re not part of it. It’s something that we own that exists for us to exploit, and our reward comes in some future heavenly kingdom. We’re supposed to accept on faith that heaven is there, but there’s no evidence to suggest it’s there and altogether it’s kind of a con game. Its like “You may have pre existing conditions but you won’t lose your coverage, don’t worry” You know, horseshit! Frankly.

Ultimately this way of thinking encourages us to devalue nature and to devalue this world. We forget that we are biological systems, we’re going to die, and we’re incorporated into the web of life and death on this planet. There’s no guarantee that there’s anything after death. I mean maybe? I have no idea if there is, it would be great if there was, depending on what it was of course. But I think these religions, they do us a disservice by discouraging us from enjoying life and accepting it and being in the moment because we’re always looking for what happens after we die rather than the awe-inspiring complex world that is all around us. I don’t accept that. I think the good stuff is here right now, and psychedelics help us to appreciate and experience it viscerally. What we have to learn is how to recognize that and enjoy that and accept it. And if there’s a survival after death, that’s kind of a bonus.

We are very grateful to Dr. McKenna for sharing his insights with us. Check out his upcoming ESPD50 conference and if you’d like to experience ayahuasca through his organization Symbio Life Sciences, you can read more about their programs here.