With public perspectives about cannabis changing around the United States since marijuana legalization, a revisit of marijuana education for teenagers is timely and necessary. | Image Source: Flickr User chiesadibeinasco

The sudden swing over the last few years in national attitude about marijuana can be whiplash-inducing for anyone, to say the least. But even though the changes in legal status and public perception surrounding cannabis can leave anyone’s head reeling, nowhere are the effects of this seen more poignantly than in our nation’s youth. Those of us of a certain age have seen marijuana alternatively lauded by countercultures and demonized by authorities over the decades — without this contextual history, it’s not surprising that many young people don’t fully understand marijuana’s benefits and risks.[1.“As Marijuana Laws Change, More Teens Think Drugs Are Safe,” Desert News, February 4, 2015, https://www.deseretnews.com/article/865596001/As-marijuana-laws-change-more-teens-think-drugs-are-safe.html?pg=all.] With the recent changes in marijuana’s legal status, the need to educate our teenagers about marijuana’s benefits, possible consequences, and how to safely use this medicinal substance is even more pressing.

How the History of Drug Policy Led to Misinformation About Marijuana

For years, marijuana has been lumped into the broader “War on Drugs,” — it wasn’t until recently that its more realistic and common uses for medicinal benefits like pain and anxiety management became socially acceptable. It’s easy to laugh (or cry) at the history of public perspective about marijuana as too-harsh sentences became a tragic outcome of national hysteria, but another consequence of our inability to have honest and open conversations about marijuana is that there has been no real education about it. And that has led to another problem — overstating marijuana’s dangers in national forums and old-school propaganda films like Reefer Madness led to many of its greatest advocates understating its possible consequences for young people. In a public atmosphere like this, it’s easy to dismiss any discussion of marijuana’s possible negatives as the same campy nonsense.

That’s not the case though. While marijuana may be on the verge of nationwide acceptance for adult use, legalization should not be seen as a free-for-all on the greenhouse. Responsible professionals in traditional and alternative medicine agree that cannabis needs to be controlled and restricted to adult use.

Marijuana education may have been swept under the rug, but thanks to legalization, the time is better than ever to realistically and responsibly look at the situation. Americans are more empowered to benefit from marijuana’s multiple benefits and confront tangential issues like education, marijuana safety, and industry regulation. If we want acceptance of marijuana for recreational and medicinal use, we can’t shy away from our responsibility to face the facts.

What Schools Are Teaching Teenagers About Cannabis

With nationwide perspectives changing about cannabis, it’s more important than ever to talk about marijuana education for teens. Research has shown marijuana use to be detrimental to the brain development of adolescents. One study from King’s College London’s Institute of Psychiatry that tracked study participants from birth to age thirty-eight reported that using marijuana before eighteen can result in a lower IQ as an adult. Terri Moffet, one of the authors of the unique decades-long study, relayed, “It’s such a special study that I’m fairly confident that cannabis is safe for over-18 brains, but risky for under-18 brains.”

An NPR report from February 2014 explored stories from schools such as Arapahoe Ridge High School in Boulder, where administrators say they have seen an increase in drug-related incidents since recreational marijuana was legalized in the state (this is actually in contrast to recent research that states that marijuana use in teenagers in Colorado has decreased 2% since marijuana legalization.). Odette Edbrooke, Boulder Valley School District’s health education coordinator, says that the changes in public policy and dialogue send students a mixed message: “When it’s legal for your parents to smoke it or grow it, that changes the conversation.”[3.“When Pot Goes From Illegal To Recreational, Schools Face A Dilemma,” NPR, February 24, 2015, https://www.npr.org/sections/health-shots/2015/02/22/388156660/when-pot-goes-from-illegal-to-recreational-schools-face-a-dilemma.] For Colorado, that new conversation is going to be centered around a science-based program that teaches teens about marijuana from a holistic perspective, according to Mike Van Dyke of the Colorado Department of Public Health.

Meanwhile, specialty colleges like Oaksterdam University in Oakland, California, are popping up with marijuana business classes. Oaksterdam offers a “Cannabusiness” course with the hope to lend an air of academic legitimacy to what has historically been a fringe economy. But in public schools where teens are held to drug-free policies, administrative policies attempt to maintain their “Just Say No” message and standards in the face of shifting public mores.

The importance of open dialogue and parental involvement to help teens make sense of recreational drugs cannot be over-emphasized — this is especially true as our educational system stands in limbo and grasps for consistent messaging. With the proliferation of information through the internet and access to contemporary research, families should feel empowered to get the facts and have frank discussions with teens about the risks and benefits of marijuana usage. It seems that administrators have seen that our long-time policy to “Just Say No” won’t cut it anymore as we begin to acknowledge the varied benefits that marijuana offers. A holistic approach can acknowledge the good qualities of cannabis and provide a factual, scientific grounding that explains to teens how, and when, it’s okay to responsibly use marijuana. 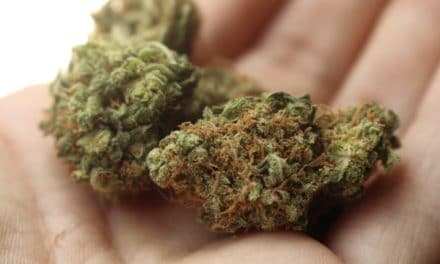 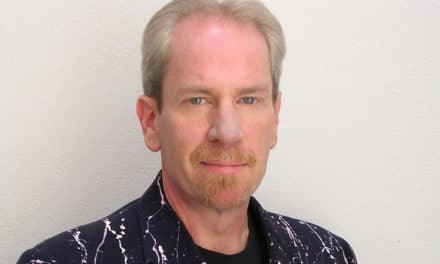