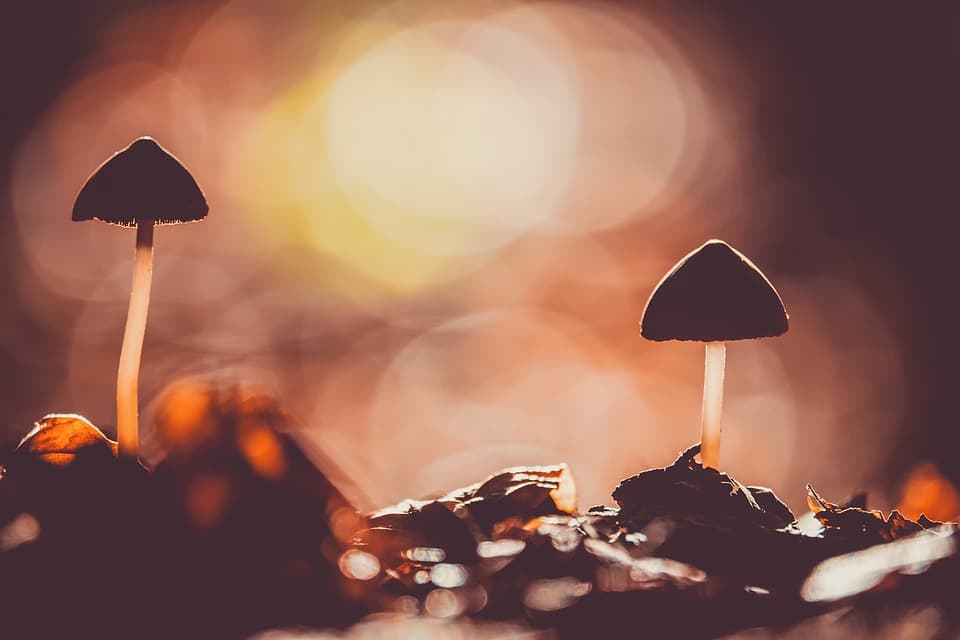 At first glance, the psychedelic qualities of Psilocybin species may be attributed solely to psilocybin (the molecule). Psilocybin is enzymatically cleaved in vivo to produce psilocin which acts as an agonist to a number of serotonin receptors, causing global changes in brain connectivity, and invoking the psychedelic response (Carhart-Harris et al., 2012).

Although it’s hard to overstate how critical psilocybin and psilocin are to the psychedelic experience, focusing on psilocybin alone ignores the potential benefits conferred by synergistic combinations of naturally occurring molecules—the entourage effect made possible by internal potentiators of these potent molecules. This is the same reductionist view that was taken early on in cannabis research when THC was assumed to be the only important molecule. Now it’s hard to imagine a billboard without an homage to CBD.

In every one of these mushrooms, they found monoamine oxidase inhibitors (MAOIs)—the very same molecules responsible for the effects of the psychedelic brew ayahuasca. 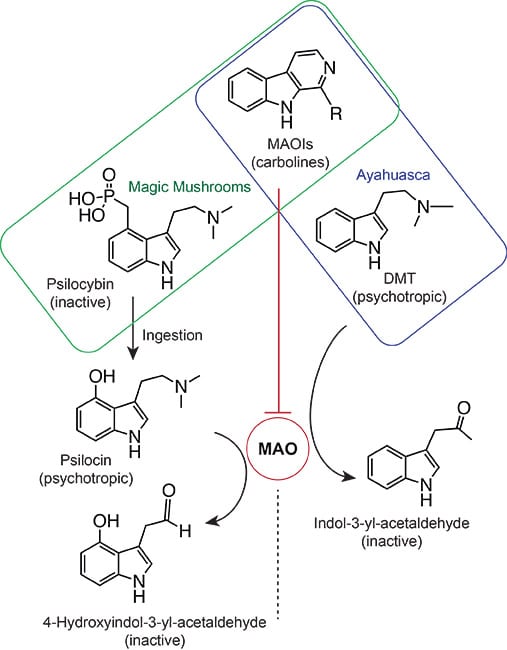 The psychoactive principles of Psilocybe mushrooms (green) and ayahuasca (blue) and their inactivation in the human body by monoamine oxidase (MAO, red). MAOIs, previously only known to be a component of ayahuasca, have now also been found in magic mushrooms. Since both psilocin and DMT are inactivated by MAOs, both of these compounds are potentiated by the inhibition of MAOs. These MAOIs (the inhibitors—also known as carbolines) do exactly that. Figure adapted from Blei et al., European journal of Chemistry.

The effect of ayahuasca is due to the ability of MAOIs to inhibit the breakdown of dimethyltryptamine (DMT). DMT is a potent hallucinogen and the only one endogenously produced (that we know of) made by the brainstem and the pineal gland. However, in the body it is broken down by monoamine oxidases that render it non-psychoactive. The ayahuasca brew combines chacruna (Psychotria viridis), which delivers an extra dose of DMT, and ayahuasca (Banisteriopsis caapi). Compounds in the B. caapi inhibit these oxidases so that the DMT persists, causing the psychedelic experience.

Since MAOs are also responsible for the degradation of psilocybin, MAOIs are also expected to potentiate the effects of psilocybin—the entourage effect. The Blei et al. paper is a pioneering step in studying the chemistry and complexity of these fungi and highlights the difference between ingesting psychedelic mushrooms and taking pure psilocybin.

MAOIs might be a master potentiator. They have previously been isolated from fungi such as Cordyceps, and plants such as Peganum and Banisteriopsis, but never from psilocybin-containing mushrooms.

Although few scientific studies have looked at the entourage effect in psychedelic mushrooms, reports from at least as far back as 1989 indicate that dramatically different effects result from different psychedelic mushroom species (Gartz, 1989). Depending on the context, some of those effects may be considered desirable, such as visuals and euphoria. In some cases, the effects are not immediately desirable, such as paralysis and loss of muscle coordination.

The future of psychedelic mushroom use will likely come from understanding all of the active ingredients they contain. Still, there is sound reasoning behind beginning with the study of the psilocybin molecule. It is more predictable—consistency in response allows researchers to more accurately and precisely define results. It’s also more disguisable—administering the pure, and therefore white, psilocybin molecule helps blind the study and control for the placebo effect. There is undoubtedly still much to be discovered about psilocybin, which makes the discovery of MAOIs in psychedelic mushrooms even more trippy. 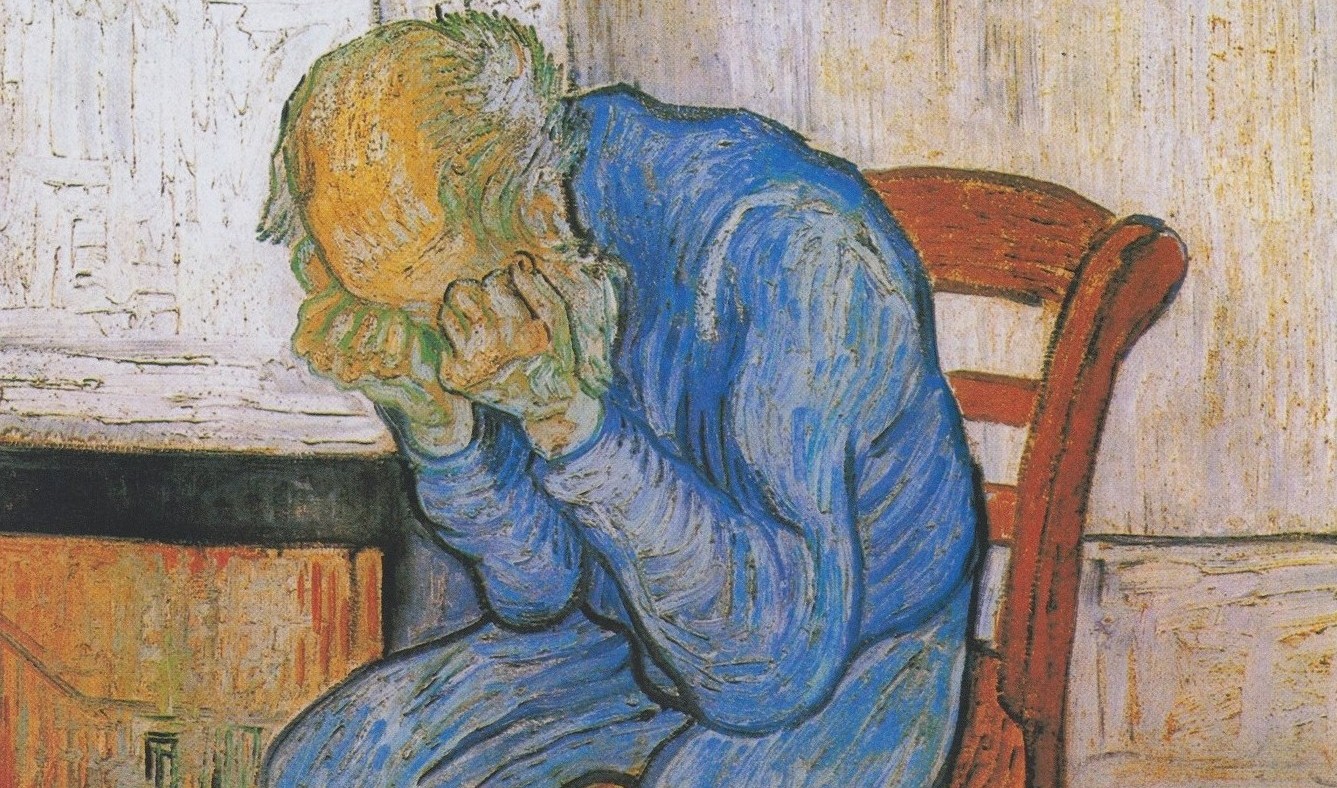 Calm Your Suffering Mind: The Link Between Psilocybin and Depression