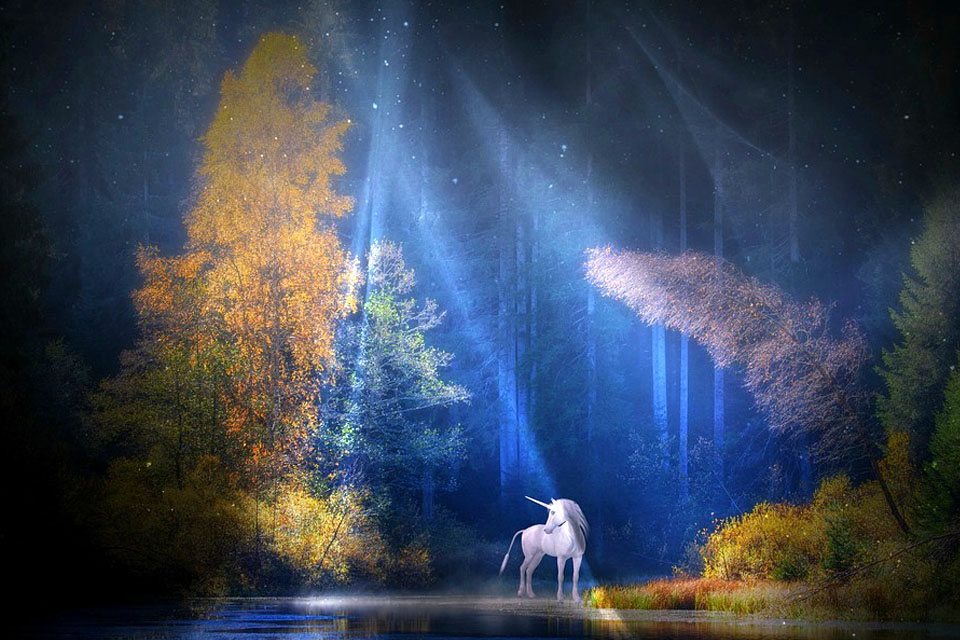 In this continuing conversation with Rob Harper, the filmmaker behind Journeys to the Edge of Consciousness, we delve into the realms of mythopoeic imagination and why our culture needs to connect, now more than ever, with the mysteries at the heart of human experience. You can read the first part of our conversation here.

Thank you again for speaking with us, Rob. Your film looks at some of the godfathers of the modern Western psychedelic tradition—Leary, Watts, and Huxley—but the Western psychedelic traditions actually go back thousands of years to the Greek mysteries of Eleusis. It’s so fascinating to me that Western culture was founded with this deep psychedelic mystery tradition that ran for millenia, and that the birth of what we know as Western culture and democracy emerged out of that. That is an interesting wound, I think, in the Western heart and soul: we have psychedelic roots at the genesis of our culture thousands of years ago, but then the tradition was nearly wiped out until the last century and the modern psychedelic renaissance.

I’m a huge admirer of Carl Jung, and he talks again and again about how we’ve lost touch with what he called the mythopoeic imagination. We’ve forgotten how to dive headfirst into these subconscious and unconscious realms, where these myths and these archetypes, these angels and demons, these dolphins and eagles dance inside of us. It’s always been there—it’s been there since before we were human beings as we know it. It seems to me that what psychedelics and the psychedelic renaissance offer is one way of plugging back into that mythopoeic archetypal matrix that is hardwired inside of us.

So yes—as you point out, human beings have been devising means and methods of making and keeping contact with these inner realms since the birth of Western civilization. The mystery rites in Greece are a great example. I’m not a scholar of the subject, but from everything I have read and heard, they sound fascinating. It seems there was this brew called kykeon that the Greeks used to induce these states.

But then again, in another sense, how far have we really lost touch? Every night we close our eyes and go to sleep and we dive right back in. Most of us don’t remember our dreams—we shake them off quickly and make another coffee and turn on the television and fire up our smartphone and do our best to forget the fact that we’ve just spent eight hours soaring in these weird and wonderful depths of our unconscious. So it’s there, but as Jung said, it’s both tabooed and dreaded.

When I look around at all these different problems we’re facing, primarily in the West because that’s where I live, for me they all boil down to a loss of contact. We’ve lost contact with ourselves, with each other, with our communities, and with nature, our mother that birthed us. 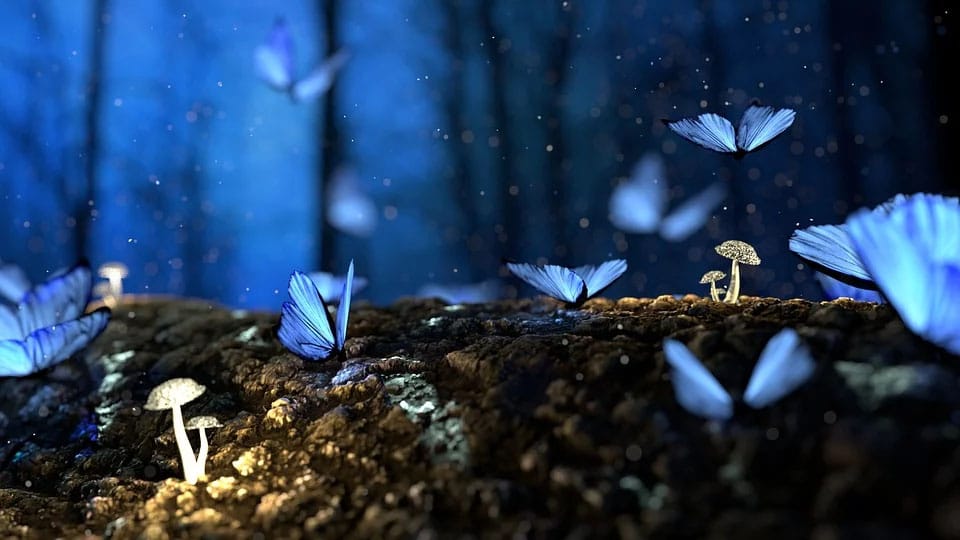 Indigenous people all over the world and even Celtic traditions (it’s not just a South American thing) made it a priority. They found the means to make contact with this source, with Jung’s mythopoeic imagination. And they found ways to navigate it and to swim in it, and to derive guidance, balance, and healing from it. It’s a real tragedy that we’ve lost that contact, and as Graham Hancock mentions in his TED talk The War on Consciousness, we’re actually so petrified of it that we don’t just say, “You’d better not do that,” we say, “If you do that, we’re going to lock you in a cage. We’re going to prohibit and prevent you from making that choice for yourself” which I think is a rather bizarre thing to do in a society. If, on the other hand, you’re looking to manage and run a society based on people being out of contact with themselves and each other and nature, people who are desperately anxious, lost, depressed, and living lives without meaning can make for a very large army of hungry consumers. It does get very political very quickly when you delve into these waters.

I think that word “meaning” is a really crucial one. What Western society is desperately suffering from at the moment is a lack of meaning.

Absolutely, and meaning comes from connection. Connection to all parts of ourselves— to our community, to nature, and fundamentally, I think—it is also a connection to mystery. Because through our connection with all of these other things we come in contact with the great mystery of being alive. Collectively we have this cognitive dissonance about, “Holy shit, we’re alive, what the heck does this mean?!” All the synchronicities and magic and unknown things are what we’ve fundamentally lost, especially in the West. Disconnection from mystery.

I think we’re actually allergic to it. I try to limit my contact with technology, and I’m not particularly successful in that. As a filmmaker, it’s been very useful in making this film and spreading the message to a large number of people. I’m very grateful to technology for that. But at the same time, this thing of people on their smartphones from dawn to dusk is like an epidemic. Everything has to be rationalized and explained and measured, and in a sense dominated and subdued. Weighed up and evaluated and charted. I think this process that we’re engaged in kills the human spirit, or at least does serious damage to it.

With mystery comes humility, because we’re not masters of the universe—far from it. We sometimes pretend to be, and it seems that psychedelics can offer quite a rude awakening. As shown in the film, Leary, Huxley and Watts all in their own ways have a pretty brutal awakening—a pretty harsh meeting with the false self in themselves, the people around them, or both. It’s very easy to point out that everyone else is being fake and inauthentic, but another thing entirely to come to grips with it inside yourself. You’ve got to turn back and look inwards. I really think that is what Leary, Huxley and Watts were offered on their journeys—they were offered a meeting with themselves. They’re not shown who they like to think they are, but who they actually are, and who they’ve become. 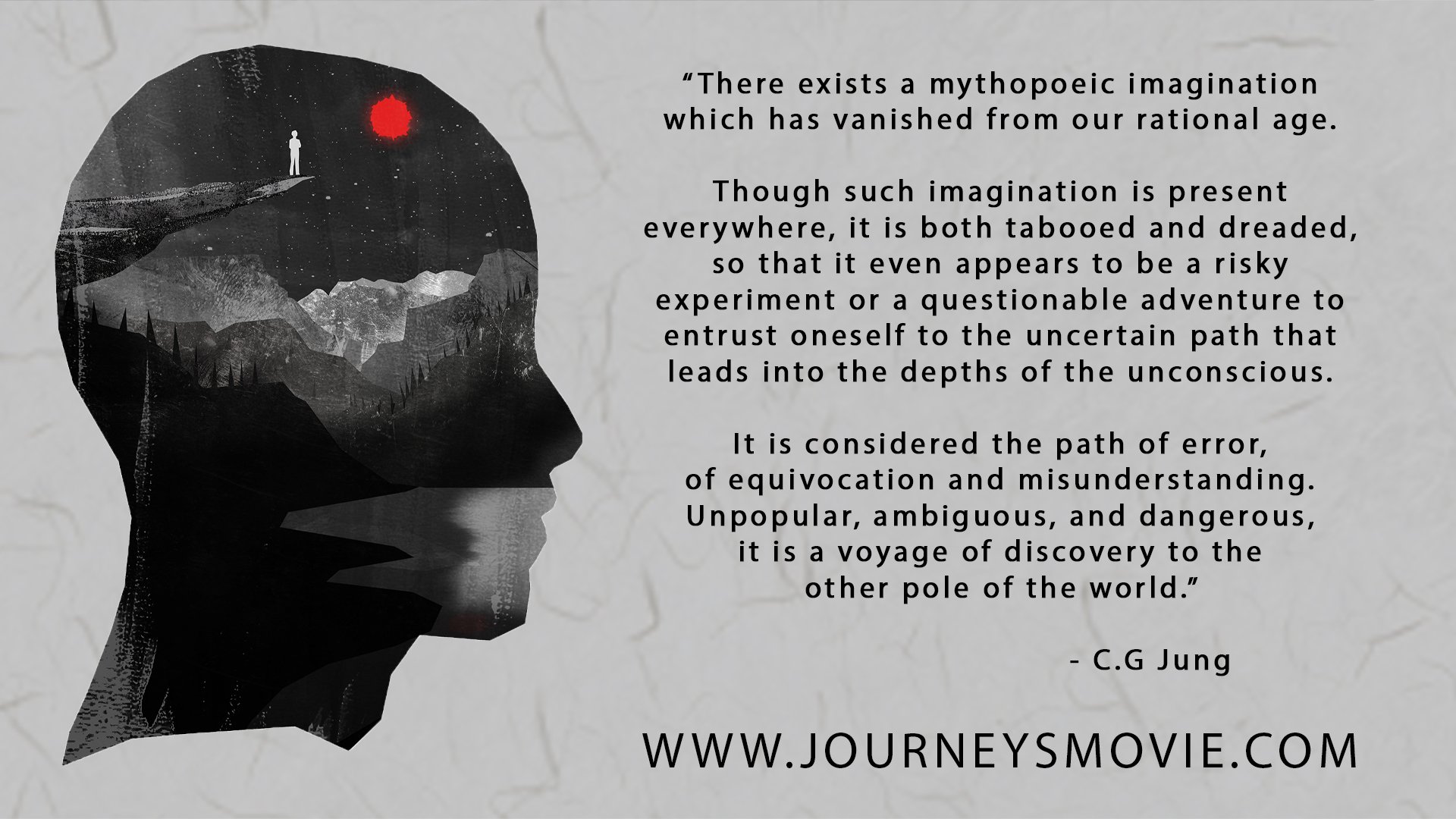 Of course it’s only a rude awakening because we’ve strayed so far from our nature, and from nature itself.

Charles Eisenstein, one of my favorite writers and thinkers, calls this journey that the industrialized West is on the “Story of Separation.” And of course, all of our superstructures are built around this fundamental belief in separation. Concepts like sin, Cartesian reductionism, and also in Western religion the dichotomy between God and man—this was the fundamental rift that happened many thousands of years ago, and we’ve been going down a path based on this fundamental belief that we are separate from each other, separate from nature, and separate from God and spirit, rather than seeing the holistic unity of all creation and the great mystery behind it.

These power structures rightfully feel threatened by the return of the mystery. Because it’s going to flip the lights on, and the man behind the curtain will be exposed and everything will be shown for what it is: a sham, and a very destructive sham at that.

And I would argue that those structures exist inside of us as well as outside. In the process of being born and growing up, we internalize so much of these structures. And yes, as you say, it seems to be an undeniable component of the psychedelic experience—if the dose is strong enough and the setting is supportive enough, these substances do have the power to give people mystical experiences and an opportunity to connect with the mysteries of life once again.

We are very grateful to Rob for speaking with us on these tantalizing subjects. Check out our first interview with Rob here. If you’d like to watch Journeys to the Edge of Consciousness online, visit the film’s website, and if you’d like to organize a screening in your area, click here.