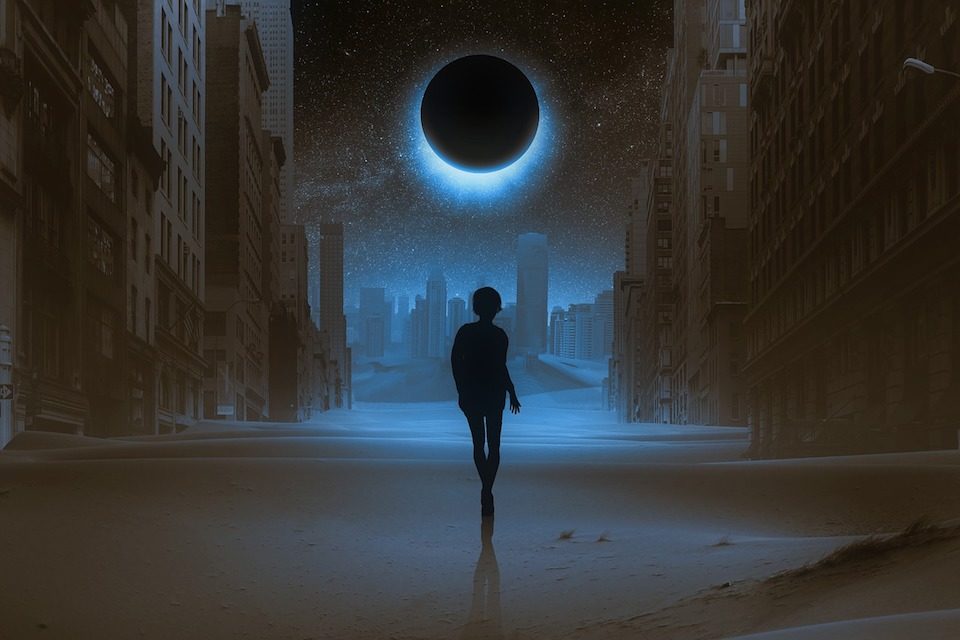 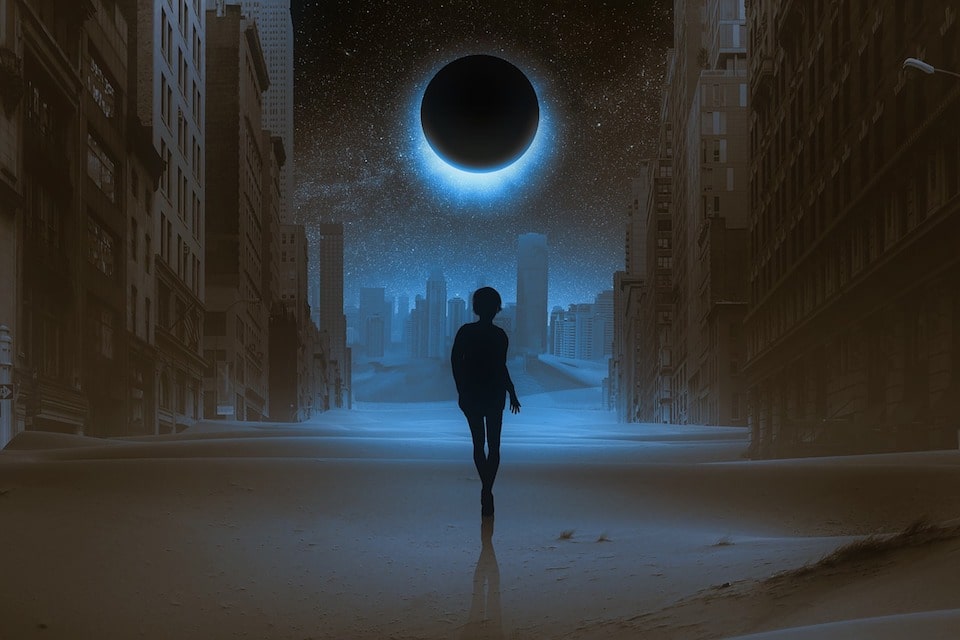 Developing an ability to understand and control the self is an integral part of living a healthy life. If we aren’t in touch with our true selves and keep various aspects of our personalities hidden in the Shadow, we are less equipped to handle stressful scenarios with grace. Thankfully, this is something we can work on.

In order to find out how to do that, we spoke with Matthew Pallamary, author of the book The Center of the Universe Is Right Between Your Eyes But Home Is Where the Heart Is. In our conversation, Matthew offers insight into the traditional “Hero’s Journey” myth, the so-called “dark side” of the ego, and how we can learn to respond more effectively to upsetting situations by balancing our energetic bodies.

In your most recent book, you make the point that all stories can be understood in terms of the Hero’s Journey. Can you explain what that means?

The “Hero’s Journey” comes from Joseph Campbell, who was an amazing mythologist. Through his studies he found that every story actually follows the Hero’s Journey myth. He wrote a wonderful book called The Hero with a Thousand Faces, which analyzed various cultures all across the world, and found that absolutely every culture in the world tells stories that have the exact same elements. If you look at the most popular stories of our present age, like Star Wars, Harry Potter, and The Lord of the Rings, they all follow the Hero’s Journey exactly. The hero starts off as a normal person and then something upsets the balance, sending them on a quest to reset the balance. During the quest, the hero has to face his or her deepest, darkest fears. While facing them, he or she dies and is reborn as a man or a woman of power. One of the key aspects of shamanism is the journey to the underworld. In South American shamanism it’s referred to as getting swallowed by the jaguar. In other cultures, they get taken to the underworld and they get dismembered or decapitated. This is the same thing that happens in psychedelic work. By facing the shadow and then integrating the experience, the person can become a hero. Every story has all of those exact same elements, although sometimes the order is changed around a bit. And story is our deepest and longest-standing cultural archetype. It’s a key element and cornerstone of who we are, what we are, and how we perceive the world.

In addition to the negative parts of ourselves, you covered how positive aspects can also be hidden in the shadow, which was something I had never really considered before.

That’s right. When you’re three years old, you might get inspired to draw the greatest mural on one of the walls in the house. Your mom could come home and spank you for screwing up the wall. But you were just expressing an impulse. You weren’t thinking about destroying the wall, you were just following this artistic bliss. After being disciplined for that, you may develop an aversion to art, stifling your artistic impulses because of that experience.

What about the negative aspects of the dark side?

If you continue on the psychedelic path, you’ll eventually start to come up against things hidden in your shadow, and you might realize that the strategy that you’ve used to avoid them all your life doesn’t work anymore. Hiding the negative aspects of yourself in your shadow or dealing with them in some weird way is another example of stifling something that’s really a part of who you truly are.

It’s always good to try to be yourself and try to be authentic.

Exactly. And you’ve got to spend your lifetime trying to figure out who that is. People often say, “Destroy your ego.” Don’t do that. Instead, give it a new job. Your ego is actually trying to protect you.

I think the first time I heard the concept that your shadow is also your protector was when I read the chapters Ann Shulgin wrote in PiHKAL.

Ann actually pushed me into the shadow stuff even deeper when I was writing my memoir, Spirit Matters. She would give me advice on what to write about and how to do it. In fact, all the stuff I wrote in that book about shadow was actually inspired by Ann Shulgin. I used to love hanging around with the Shulgins. When we’d go to Palenque, Sasha and I would trade bad puns for hours and Ann would inspire me with her knowledge of psychology. They were a big influence on me.

Their work had a big influence on me too. In your book, you make the point that by truly paying attention, we can develop what is called “witness consciousness” and discover the meaning of the expression “Where your attention goes, there your energy goes.” How would you describe witness consciousness?

This is the crux of the book. According to Gurdjieff, we come into the world as “essence,” meaning “spirit.” After birth, we begin to develop a personality, which we need to function in the world. Personality is ego. We end up identifying with it and thinking that we are our ego, but we’re actually not! Instead, each person is the creator of his or her ego, which goes out of its way to protect and defend them. People take a part of themselves that they’re denying and they end up seeing it in other people. Sometimes they’ll project it onto other people so they don’t see it in themselves. Anybody in someone’s life who really drives them crazy, where they find themselves judging or hating them—that’s the shadow! As you continue to do this work, becoming more aware of each and every moment, you will gradually start to catch your own sub-personalities popping out. A sub-personality may not go away completely after catching it the first time—it can keep coming back if there is a very deeply ingrained habit. But when you start to recognize and own it, instead of abandoning it, you can welcome it home and strengthen your witness consciousness. Sometime later, you may find find yourself in a situation with somebody who used to really make you angry, and all of a sudden you see yourself. Then you can recognize that you were also that way in the past, and instead of judging them, you gain compassion for them because you understand their behavior. In a sense, you’ve caught yourself at the scene of a crime you committed in the past. The goal is not perfection, because it never ends. The goal is wholeness—a balancing of the energetic bodies.

What are the various energetic bodies?

We have three basic energetic bodies: the physical body, the emotional body, and the intellectual body. Some people tend to be intellectually centric. When somebody else says or does something to them, they’ll immediately respond with their intellect. After that, they might get emotional about the situation before actually taking action. On the other hand, a person who is physically centric might hear something they don’t like and respond by hitting someone. In that case, they go right into their physical body and carry out an attack, followed by feeling bad about what they’ve done and then retreating to their intellect in an attempt to explain what they did. These things can all happen in different orders and generally we all tend to lean on one or more of these bodies than the others. High-level athletes tend to be movement-centric people. This is a big generalization, but women are generally more emotionally centered people. Brainiacs are intellectually centered. They use their intellect to control and perceive their world to the detriment of the other two energetic bodies, which are always trying to catch up. And there are further complications. For example: the energy of the emotional body moves quicker than the other energetic bodies, so it’s harder to try to control and understand. The goal is to develop the ability to respond to situations with all three at the same time. That enables you to be present and in the moment, truly and fully aware. In that moment, you’re not distracted by what might happen, what did happen, or what could happen—you are here and now. And that’s where reality really happens.

We are very grateful to Matt for sharing his insights and experience with us. You can check out his website and new book here. 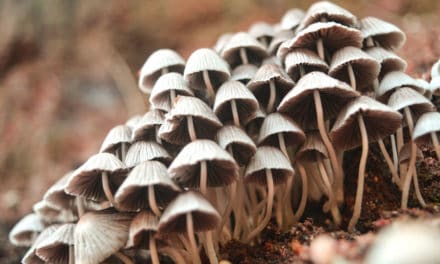 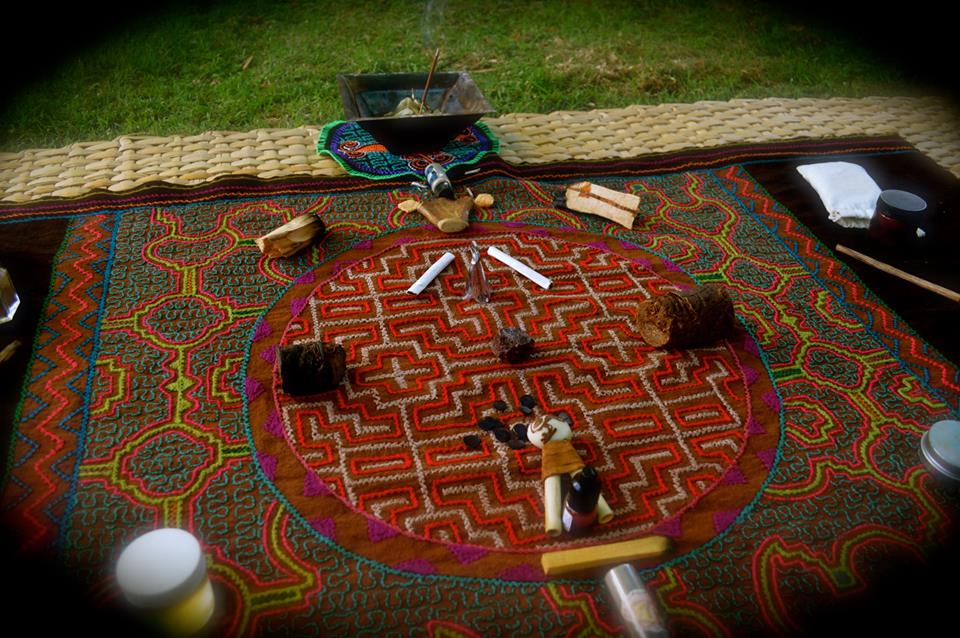