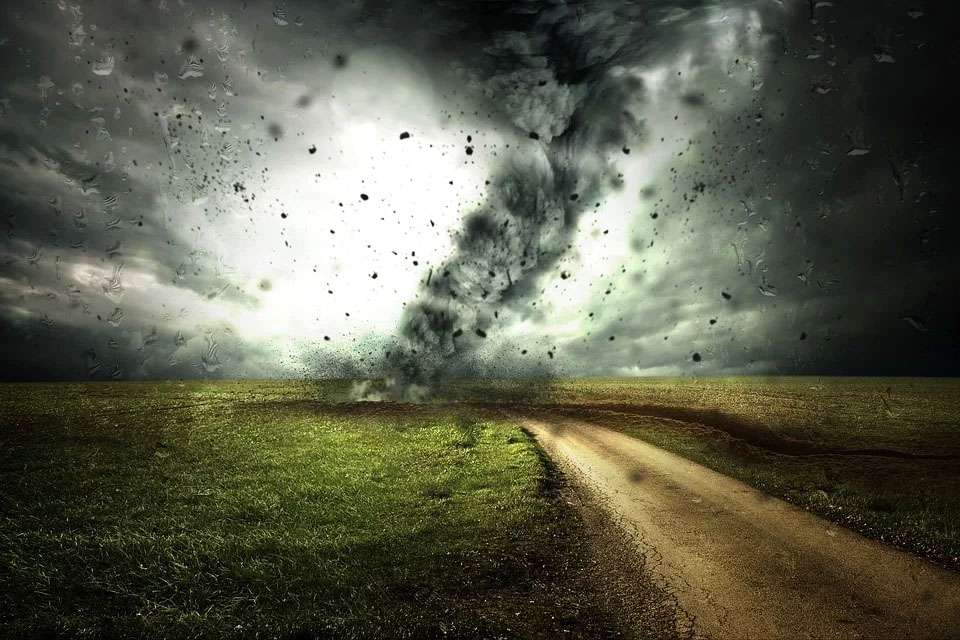 What is preventing the human race from responding appropriately to an unsustainable culture? In the final part of my lengthy conversation with Dr. Travis Cox, chair of Naropa University’s Ecopsychology department, we dive into the big questions. Is it still reasonable to hope? Or have we set seeds for our destruction that can no longer be uprooted? While these may be questions with no clear answers, Dr. Cox has plenty of thoughts on what we can do in the meantime, and how psychedelics can play a role.

I’m having trouble seeing what a fundamental shift in our relationship with the planet could look like without just tearing everything down.

In studying systems thinking, one place where I can put my faith is in the concept of emergence. You have two hydrogen atoms and an oxygen atom. You look at those individually, and there’s no indication that when you put those together, water comes out. That’s like real world magic! And emergence can be a product of any system. So there’s a way in which I can have faith that the situation might arrange itself here that allows something to come about that no one could have anticipated.

Just through the act of reconnection?

Right. Systems are built on connections, and through those reconnections, something becomes possible that wasn’t possible before. So I have some faith in that. The other part of it is a metaphor. I think of the way Amish people deconstruct houses to save the materials and use them. Is there a way we don’t just let the whole thing burn? We reach a level of conscious awareness that allows us to strategically take the system apart and rebuild it. It’s like, if you’re on a ship, can you rebuild the ship while you’re sailing the ship? I bet there’s a way to do that. The best case scenario is something like that. The worst case is total collapse.

One of my biggest fears is that humans can get used to anything. You can resolve yourself to live in horrible situations. My biggest fear is not this huge collapse, but this gradual slide into acceptance of hell on earth: a totally degraded world, climate change running rampant, the sixth mass extinction happens, fascism is even more overt and completely takes over. A dystopic future that isn’t dystopic for everyone in it. It’s just real life.

One way I’ve been defining sustainability for about fifteen years now is that we’ve created material conditions on this planet that force us to evolve in ways the world’s wisdom traditions have been asking us to evolve for thousands of years. The Tao Te Ching, the Kabbalah, the Bhagavad Gita—for thousands of years, these parts of our culture have been saying, “We can be better human beings.” But we’ve been able to say, “Nah, fuck that. I’m just gonna worry about me.” Then through our ignorance, we’ve created a condition where we don’t have a choice anymore. We have to become those better human beings in order to survive, or we don’t.

Have you seen the movie Waking Life?

Oh yes! I show that in my undergraduate class. I love that movie. 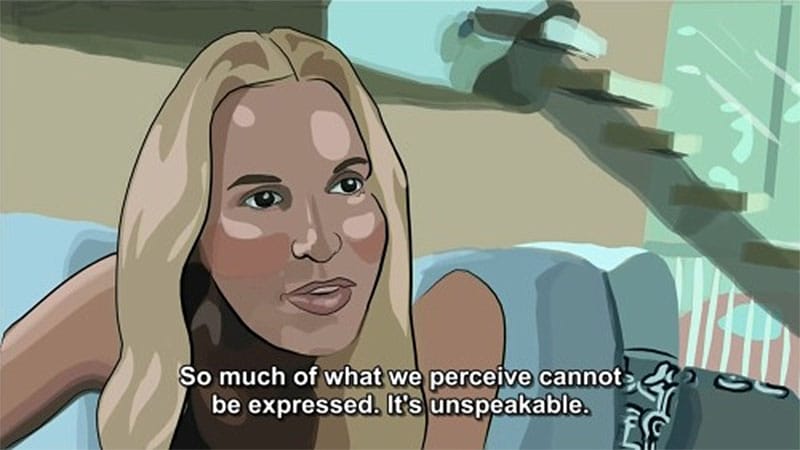 I think often about the part where this old guy at a bar is saying that normal human behavior isn’t that far from chimpanzee behavior, and the gap between Plato and Nietzsche and the average human is greater than the gap between the chimpanzee and average human. He asks what’s stopping people from reaching that level, and then he asks, “Is it fear? Or laziness?”

What do you think?

Laziness. Though I think they play into each other, to a certain degree. But I think laziness, or addiction to comfort and pleasure, holds people back.

Before Marianne Williamson was a presidential candidate, I saw her speak in San Francisco. I remember her talking about her opinion on this, which is that some of it is fear. But she says it’s actually fear of our power. “Laziness” kind of captures it, but not totally.

In the last chapter of my dissertation, I ask “What if self-reflective consciousness was an experiment by Gaia to speed up evolution on this planet by creating a self-aware being who could participate in ecosystems to the benefit of all species?” So, rather than having a tsunami destroy an entire coastline, and it taking thousands of years to return, an ecologically aware human being could do it in about thirty years. So, what if we tended the garden, and that’s what we’re supposed to do?

But with that capacity comes huge responsibility. It would be way easier to have a worldview where it’s all dead matter and consequences be damned. That’s so much less scary than being responsible for the health of the entire planet—which we are. We don’t have a choice. We’re either responsible for it because we chose to ignore it and killed it, or we’re responsible for it because we recognize it as a gift of ours and decide to develop a world that flourishes for all beings. So I genuinely think there is a fear. It’s way easier just to check out.

I see what you’re saying. To meet that fear and responsibility takes courage. It seems both fear and laziness prevent people from stepping into their power.

Another way of thinking about it is non-dualism. So, paradoxically, there’s fear and laziness because this worldview asks us to do more and to be more. It’s going to be that much harder with the fear and laziness, but paradoxically, it will also be way easier and better. Sure, the task itself might be harder, but if you’re connected to yourself, to Spirit, to each other, and to nature, you’re going to be able to do that hard work because you’re going to be nourished.

That reminds me of the idea of spiritual transmutation. If we’re having a dense or negative emotion, it’s not about chipping away at it to make it go away. You have to enter into it and see it honestly to then transmute the energy into a different form.

Right! Again, do psychedelics have a role to play in the transmutation of a very negative situation? It’s the sixth mass extinction. How the hell do you sugar coat that? There’s no way to sugar coat that. But is there a way to transmute it? Again, that comes back to these paradoxical times. If we make it through and become the human beings we can become, we will have sacrificed a ton to do it.

I think a lot of people feel helpless. And the question always comes around, “What can we do?” Which I’m sure is the impulse behind a lot of the giving up of things. But what do you think people can do? You know, other than taking psychedelics.

One of the things I like about the Climate Mobilization Action Plan process in Boulder is it’s one of the few times I’ve seen an institution with relative power own up to the fact that individual behavior change is not going to solve this. That tends to be the narrative around sustainability right now: “If you change your diet, and you buy a Tesla, and you volunteer at the Sierra Club, then we’re going to save the world.” 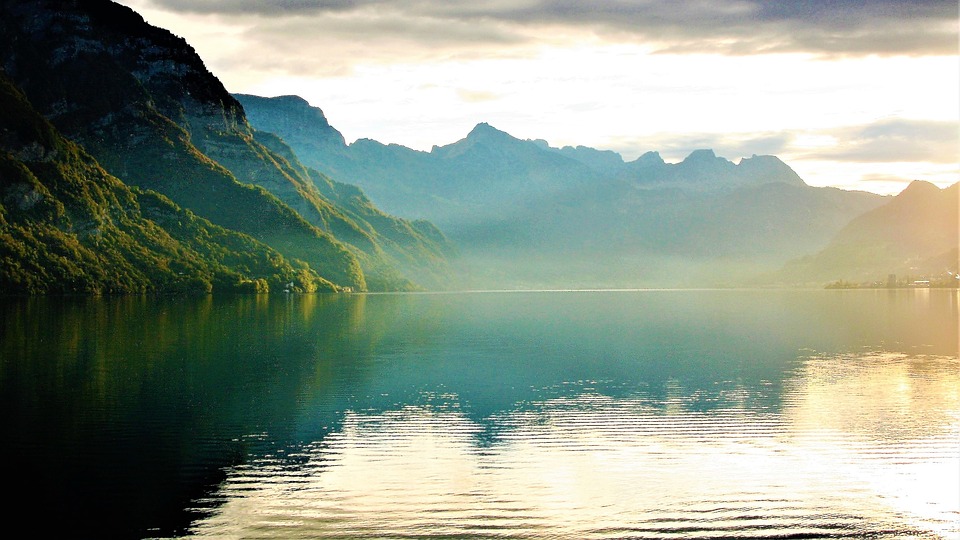 Derrick Jensen has written that even if we all did everything humanly possible, that’s 30% of the problem. 70% of the problem is the system itself. If you are trying to achieve 100% change, you can kill yourself trying to change—and yet the preponderance of what needs to change isn’t going to change, so you’ve killed yourself for no reason. This isn’t to discount individual choices. It’s good to be in harmony and feel better about yourself, which gives you more energy to do the things you want to do. But the big changes are systemic.

Since the ‘70s, public education has conditioned us to think that all democracy requires of us is to vote every four years. But as I know from Howard Zinn books, and movements like the civil rights movement, it takes people actively engaging in actions in order to do something. We’ve been taught that we just need to buy the right products, as opposed to the thing that I think is going to be the hardest: getting back to the understanding that democracy is an active thing. You might not have to be protesting in the streets, but you have to be part of an organization that puts people in the streets.

An interesting thing is that Gail Bradbrook, one of the founders of Extinction Rebellion, has said that she was told during an ayahuasca session that she had to do this. And evidently, this is somewhat out of character for her. So again, can psychedelics play a role in creating this shift? At least it did for her, in that this was not her path before ayahuasca, and now it is. She points to that as the catalyst.

It’s multifaceted. One of Extinction Rebellion’s subcommittees is a regenerative culture subcommittee. What does a sustainable society look like? I think that part is great. I also feel like way before we can get enough traction to start getting there, the Extinction Rebellion thing would need to become part of daily life, with people taking actions to shift the status quo. An action I want to do is to get 200 people to go to Pearl Street, pack in super tight, and everybody meditates. So there will be a section of Pearl Street you can’t get through, so you’d have to go around. We’re not being antagonistic. We’re trying to hold space for this evolution of consciousness, and we’re trying to draw you out of mindless consumption to recognize there are bigger things to worry about than your next North Face jacket. I want that to be happening in more and more places on a more regular basis.

This is all new language for me, so I feel like—

In what way? What do you mean?

I just haven’t really gone deep into conversations on sustainability and climate change. I feel things on an individual level and align with the narrative and know it’s valid, but in terms of participating or stepping into a space where I feel I have anything to say—that’s new. But I want to.

Is there a connection between your newfound interest in sustainability and your experience with psychedelics?

Yeah. At a felt level, it goes back to my first ayahuasca experience. It felt like Mother Earth was communicating with me. She was showing me visions of pain in pollution, while also showing me connections between that pain and the way we are living, the world we have created. She was crying. Just screaming in pain, and asking for help. I don’t think that was just a nonspecific amplifier of something inside me. I mean, I had just quit my job and was about to move to Colorado, so I was going into that experience thinking, “I want to figure out what to do with my life.”

That’s a perfect example. Can I use that story?

Of course. I thought, “I can’t believe this! This is too much!” But the response was, “You got no choice, dude. This is all happening.”

Did you feel held while you looked at it?

Not that first time. I felt like I was in hell. Then I beckoned to one of the facilitators, and he helped bring me back to a safe container, and I felt held. Every time I’ve done it since, I’ve felt held. But it was important I got my ass kicked, because I went in narrow-minded and cocky. I was literally asking, “What should the name of my blog be?”