“A Big-Ass Civics Lesson From Hell”: Leo M. Bridgewater on Failed Marijuana Legalization in New Jersey and How to Mobilize Voters 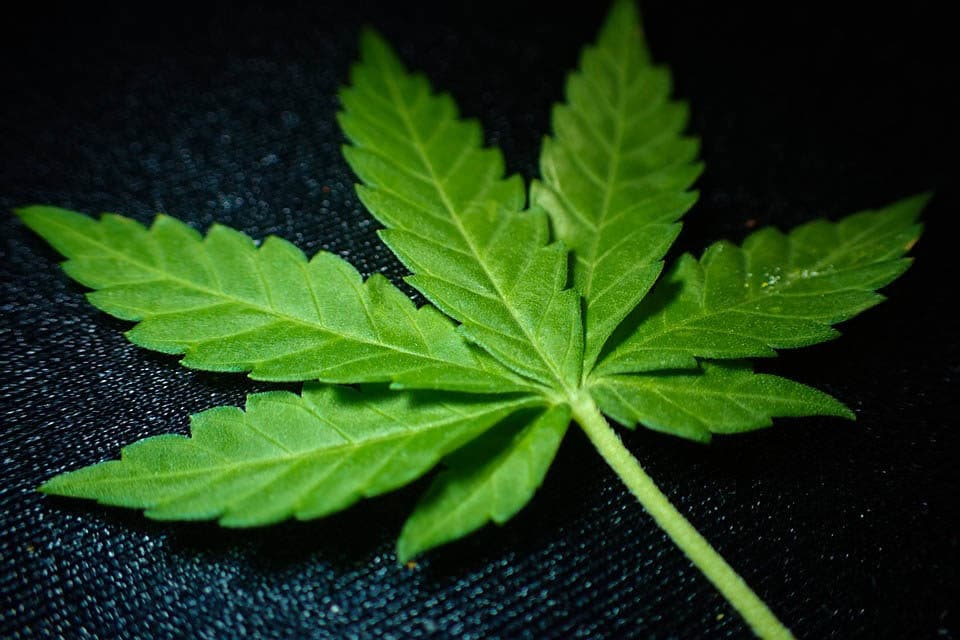 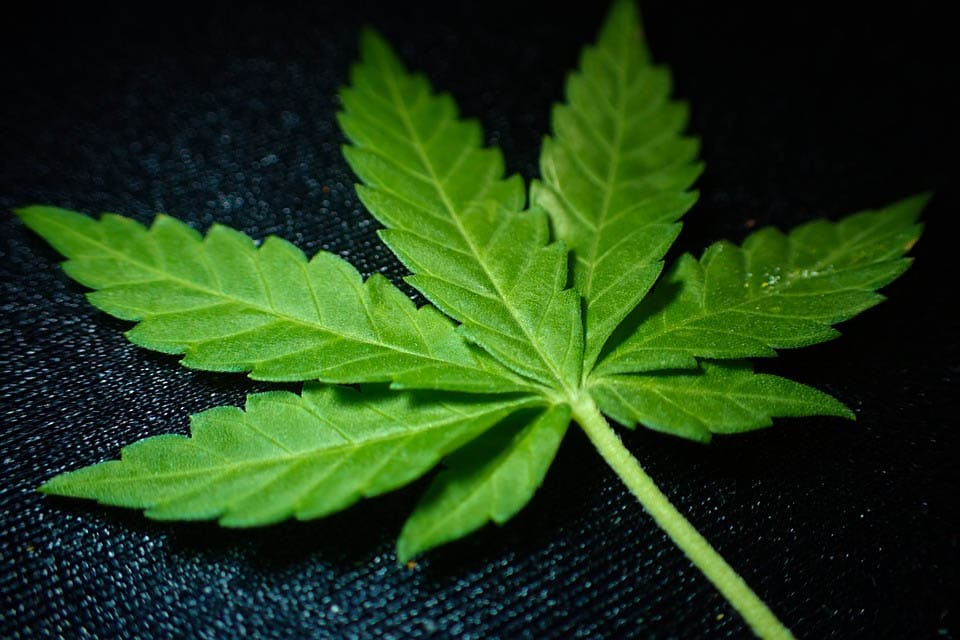 A legislative effort to legalize recreational cannabis in New Jersey collapsed on March 25, 2019 after the proposed bill, NJ S2703 (18R) failed to pass a vote in the Senate. The bill sponsored by Senator Nicholas Scutari and supported by the State Assembly was a key priority of Governor Phil Murphy, who worked with State Senate President Steve Sweeney to try to rally votes in his chamber.

The bill proved controversial even among cannabis advocates, offering a mix of provisions that both affirmed and undermined some of their key demands. It included an expedited record expungement process for people with low-level marijuana convictions, and provided protections for people with marijuana offenses applying for certain jobs and other social services.

It also designated “impact zones” where disadvantaged business owners would be favored, and incentivized members of minority groups, women, and disabled veterans to enter the industry.

But the bill excluded home-grow rights, which allow citizens to cultivate their own weed. Home-grow is considered a necessary right for many cannabis consumers around the country who don’t want to rely on retail dispensaries to buy their weed.

Currently the only legal weed state without home-grow rights is Washington. New York Governor Andrew Cuomo has been criticized for excluding home-grow from his marijuana legalization proposal. This happened after he received a letter from a marijuana industry group arguing against home-grow.

For more context on what happened in the Garden State, Psychedelic Times spoke to Leo M. Bridgewater of Trenton, New Jersey. Leo is a veteran of the United States Army, and served as a telecommunications specialist in Iraq and Afghanistan between 2001 and 2006. He is currently the National Director of Veterans Outreach for Minorities for Medical Marijuana and co-founder of CannaGather NJ.

Before lobbying for the most recent marijuana legalization effort, he testified before the New Jersey Senate to have post-traumatic stress disorder (PTSD) added as a qualifying condition to the New Jersey medical marijuana program. Former Governor Chris Christie signed this change into law in September 2016.

One of the more significant aspects of the bill were its proposals for expedited expungement and reinvestment in communities with disproportionate cannabis arrests rates. Can you further explain how those would work?

SB 2703 called for up to five counts of cannabis convictions to be expunged. It would allocate money from tax revenues into streamlining that expungement process. The immediate effect would have been tens of thousands of people with cannabis arrests having those offenses wiped away with the stroke of a pen. It would also allow those people to reengage with society by banning discrimination against them when they apply for jobs, housing, or student loans.

There was also a proposed 15-35% of revenues set aside to help disadvantaged minority groups, women, and veterans enter the industry. No other state has made this a goal or mandatory.

But for me, in the bigger picture this effort represented a jumping-off point to show other states how to improve their own laws, and it gave our state a say in how legalization could be implemented federally.

The proposal also excluded home-grow. How was that received by the local cannabis community?

That was a serious sticking point for the medical marijuana community, and it was a dealbreaker for many of them. Their argument is totally valid, but what folks have to understand is that this issue is too advanced a subject for our legislative body.

Our lawmakers were saying ‘gateway drug’ a year ago, so to ask them to transition straight to home-grow is too much. If we’re smart, my suggestion is that we recognize we’re the second state in history poised to legalize cannabis through the legislature. The best thing about legislation is it can always be changed.

Also, the New Jersey medical marijuana program is now 42,000 patients strong. That’s a whole new voting bloc, if organized correctly. We’re entering an election year in our statehouse. Legalization could be the issue to galvanize people who don’t normally vote to reengage in the political process.

What was your experience like this past year meeting with New Jersey lawmakers to lobby for this reform?

It has been very eye-opening. I saw some things that are eerily familiar to me. Through my experience working in Baghdad under General David Petraeus and Admiral Mike Mullen, I learned it is much easier to bring down a government than to run one. Watching those American and Iraqi officials try to rebuild a country gave me a small taste of the things that make a man’s hair turn white.

Then I come home and I’m looking at what happened to my state while I’m gone and it all looks so familiar to me. This entire legalization effort has been one big-ass civics lesson from hell. It’s shown me that people in my state do not vote. Especially in Trenton, in urban communities and communities of color.

When I look at this legalization effort and look at who the state recognizes as its black leaders, the majority of them have zero experience in the cannabis industry. This is why you have people like Senators Shirley Turner and Ron Rice, why you have them saying ‘gateway drug,’ because they’re from a different era.

How does supporting this and speaking as a veteran give you an advantage?

People lean more on the word of a veteran than that of a politician. When I’m inside that statehouse, they talk to me differently than they talk to you. It cost you taxpayers $12 million to train me and send me to war. The maltreatment of veterans is a line no one will cross; New Jerseyans love their veterans.

I saw the exact same thing happen with Chris Christie. There’s no way in hell, in 2016, you would try to be in Donald Trump’s administration then turn around and say no to veterans with PTSD. He waited until the very last day before that measure could go into law to sign it. And the pen is sitting in my cabinet.

So why did this legalization effort fail? How do you keep building the public consensus for these reforms?

We’re messing with multiple types of money here in New Jersey. We’re messing with the pharmaceutical, law enforcement, alcohol, and prison industries that have been thriving for generations while this plant is illegal. We’re confronting a lot of fear and paranoia from people who don’t want change.

But at the end of the day, I genuinely love my state and I want to see us get a win. I want to see my city get a win. Cannabis and hemp will be two of the best industries going in this state. When that next recession hits us, it’s gonna tear us a brand new asshole and we need to start building this infrastructure right now.

And us people of color, we keep missing out on each new ‘green rush.’ We keep giving our money away to people not like us. And cannabis was literally built on our backs, if you just look at the arrest rates.

On top of that, we’re standing in the middle of the opioid overdose epidemic, and a veterans’ suicide epidemic with five suicides a week just in New Jersey, while the Veterans Administration passes out pills like they’re candy. So I think the return on investment for cannabis is much better than veteran suicide—wouldn’t you agree?

How do you ensure that the conversation in New Jersey stays centered on eliminating racial, gender and other barriers in the nascent industry?

A lot of people in this conversation talk about things in theory. Theoretically, black people, people of color, or women won’t get in. I deal with these issues not in theory but in practice. I work with African American women, veterans, Latinos, Asians, Indians, who are all in this space or moving into it, who have their businesses set up and are touching the plant. I know the people of color who will be vying for those micro-business licenses.

So we need those social justice provisions in the legislation but I just need people to understand, we’re already in this industry and we’re already proving ourselves. We are the leaders in cannabis.

What do you say to the cannabis advocates in New Jersey that were discouraged by this week’s events? How do you encourage the people in your state to keep fighting on this issue?

We have a lot of work to do and this industry needs a lot of correction. We’re facilitating not just a cultural shift in how we view the plant, but also a massive transfer of wealth. My message to all the activists is you need to readjust your strategic plan and start making that evolution from activist to business.

There’s a perfect storm for change going into an election year for our state senate and assembly. A lot of people in those chambers need to go. And I know at least 42,000 people will agree with me on that. 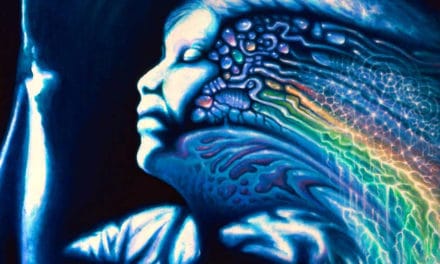 Iboga and the Heart of Harm Reduction: An Interview with Dimitri Mugianis 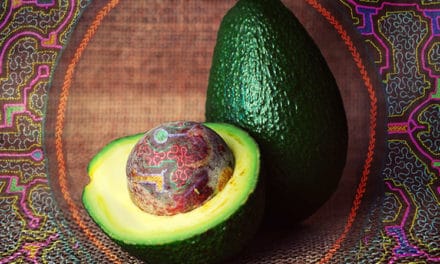