When taking psychedelics, the amount you consume is just as important as your mindset and the environment in which you take them. A slight change in dose can be the difference between a mild, sensory-enhancing experience and a mind-shattering journey. And just as each psychedelic has particular uses it is best for, varying the amount a patient takes during therapy can significantly alter the experience.

The Multidisciplinary Association for Psychedelic Studies expects FDA approval of MDMA use in psychotherapy as early as 2021, and other psychedelic substances will likely follow suit. Because greater access to psychedelic therapy will likely be granted soon, it is important for researchers, therapists, and potential patients to think critically about the different types of psychedelic therapy available. Understanding the strengths and weaknesses of high doses, low doses, and microdosing can help you and your therapist choose a therapy that will be effective in meeting your specific needs.

During the 1940’s and 1950’s, there was a transatlantic split in the approach to therapeutic psychedelics. In Europe, researchers like Hanscarl Leuner developed psycholytic therapy, which used low doses of psychedelic substances to enhance other methods of therapy such as group therapy, talk therapy, and music therapy. Psycholytic therapy was used over several sessions to help treat social and interpersonal problems as well as psychological symptoms such as depression and anxiety.

Meanwhile, in the United States, psychedelic therapy was developed. This method utilized a high dosage of psychedelics and inward reflection, and it was thought to be helpful in treating neuroses, addiction, and criminal behavior. In many ways, this was intended as a replacement for electroshock or insulin coma therapies to reset the mind in extreme cases.

High doses of psychedelics such as LSD and psilocybin commonly cause individuals to experience a dissolution of the self or the ego. As such, they may be more open to new suggestions, but the real benefit of the higher doses lies in the concept that individuals are able to break down old structures and build new ways of interacting with the world. For many people, this is like a “jump start” experience that needs to be done only once to break old habits and start new ones.

Because of this potential to undermine old habits, psychedelic therapy utilizing relatively high doses is currently being researched in the treatment of obsessive-compulsive disorder, addiction, and PTSD. Many researchers and therapists believe the ego dissolution caused by psychedelics can momentarily pause repetitive thought processes and help people develop new ways of thinking and new habits. High dose therapy can be a way of carpet bombing your brain to give you a blank slate on which to build healthy thought processes.

Psychedelic therapy may also be an option after psycholytic therapy has already been exhausted. If someone has already had several low-dose sessions of talk therapy and not shown improvement, a therapist may recommend a single high-dose session to help break the therapeutic plateau. This works because the higher doses cause deeper introspection and self-awareness than lower doses. However, it is important that a person only chooses high-dose therapy if they are experienced with psychedelics or fully prepared for an intense experience.

Psycholytic therapy, with small doses of psychedelics, is used for conditions such as depression, anxiety, gender disorders, and eating disorders—all situations when traditional talk therapy would otherwise be used. The idea behind modern psycholytic therapy is that it advances the effectiveness of traditional therapy models by making the patient more open and responsive to therapy. It may still be used in conjunction with group therapy, music therapy, or art therapy, but researchers have discovered it is not effective if several members of a group are under the influence of psychedelics at the same time. Instead, a single individual may be brought into a sober group while they are taking a small dose of psychedelics.

Low doses of MDMA may also improve other therapeutic methods by increasing your emotional bond with your therapist or therapy group and allowing you to open up about feelings you would normally keep to yourself. And low doses of LSD may help you recall past trauma or significant events more clearly and process them more thoroughly. Unlike high-dose therapy, you are still able to reason and converse normally while taking a low-dose, which allows you to work with your therapist during the psychedelic experience as opposed to before or after it.

Psycholytic therapy usually involves several therapeutic sessions over an extended period of time, some with psychedelic enhancements and others without. However, it can also be used in single sessions for purposes such as helping those who are terminally ill face their death.

The Introduction of Microdosing

Recently, the psychedelic community has shifted its interest to the concept of microdosing. Microdosing involves taking an amount of psychedelics that is significantly smaller than the dose at which you would notice psychological effects. Unlike psycholytic therapy, the doses used in microdosing are so small that you will likely not be aware of any changes in your consciousness. Microdosing is usually done on a routine basis, such as multiple times a week, in order to experience the physical and psychological benefits of the substance without experiencing a non-ordinary state of consciousness. It is similar to the way SSRIs can alter your mood without altering your awareness or perception of reality. Microdosing is being explored in reducing migraines and cluster headaches, relieving light depression and anxiety, and controlling ADHD. But while interest in microdosing is growing, there tends to be less research in this area of psychedelic therapy. 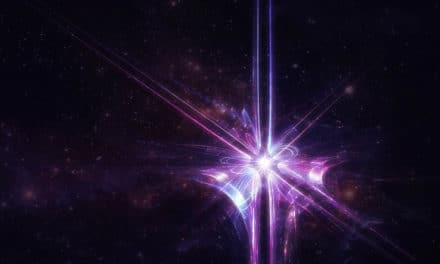