Gary Cook is the founder of Iboga Wellness Center (IWC) in Costa Rica where he, his son, and their staff offer iboga treatment. IWC is unique among ibogaine healing centers as it uses the traditional whole iboga root bark, whereas many centers today use the extracted ibogaine alkaloid. Additionally, the staff are initiates of the Bwiti shamanic tradition where iboga use first emerged. Gary spoke to us from his home in Costa Rica.

Thank you for taking the time to speak with us, Gary. How were you first introduced to iboga?

I came to Costa Rica about three years ago with my son, who was a heroin addict. We went to a clinic here in Costa Rica that was run by the shaman that we eventually trained with. He worked on my son for about nine days: I was there to witness the most incredible transformation I could imagine. Beforehand, [my son] was a mess, battling a 17-year-long drug problem. I’m so happy to say that he is doing wonderful now—he has a baby girl and he works here at the center. We have a great relationship again, which was something we didn’t have for a long, long time. It just couldn’t have gone better, it was amazing.

Myself, I was a spiritual seeker, and I came to support him for his treatment and also to have my own experience. I had worked with some other plant medicines before and had been interested in shamanism for a long time. Iboga was what I was looking for on a spiritual level [to] open the way for me to understand my life and what it is to be a human. It just answered so many questions.

Both my son and I were blown away by the experience, so we decided to train and learn how to facilitate it ourselves. We worked at another center for a while and got some experience there before opening our own center. We were happy to find out that the medicine works just as well for our clients as it did for us. The medicine itself is just so remarkable.

You and your staff are all initiated in the Bwiti tradition and have traveled to Gabon to learn directly from them. What was the initiation and your time with the Bwiti like?

It was great, although it was very difficult. There was a group of about twelve of us, and we started out from Libreville in Gabon. Then we took an 18-hour SUV ride over dirt roads to reach the village in the jungle. We lived there for a few weeks and went through initiation. At our center, when we want clients to have a meaningful experience, we offer them about 5 grams of root bark. In Gabon, we did over 100 grams of root bark in the span of 5-6 hours as part of the initiation ceremony. We had to dance one by one in front of the tribe, and do some other things that were physically demanding, especially while under iboga’s strong effects. I’m really, really happy that I did it. It’s one of the treasures in my life and I’m so glad I got to live with them for a few weeks. We also visited a pygmy village that was more primitive. We were only there for one night, but they did the ceremony for us all night. I came away with an understanding and an intuition about what life is, how precious it is, and what we are doing here as humans.

How do you feel about ibogaine treatment centers that offer ibogaine therapy without the Bwiti ceremonial context? Do you see pros and cons between the two methods of sharing this medicine with people?

I believe very strongly in the way we do things here. It feels very right to me, but I do see the value in ibogaine being used elsewhere. For people with opiate problems, an ibogaine clinic would be  good for them. It has a tremendous effect on reducing opiate withdrawal symptoms, and that’s often what addicts are often most afraid of. Clinics that offer ibogaine are definitely doing a good thing. Addiction is a real problem across the world, and putting people on substitute addictions like suboxone and methadone don’t seem like good solutions to me. One of the astonishing things I’ve learned is that suboxone, which is the standard treatment for addiction in the United States, is actually more addictive than heroin and about twice as hard to get off. Both iboga and ibogaine clinics can get people off opiates without putting them on something worse.

How do the Bwiti traditionally see the potential dangers of iboga, and what sort of medical pre-screening do you do for your clients?

Where we were in Africa, there are no hospitals, the shamans are the doctors. Those are the people you see when you’re sick, and those are also the people that give you iboga. It’s just part of being healthy over there. They are very strong, healthy people and they don’t consider it to be dangerous. The jungle there is a crazy place. You’ve got to be strong because it’s unbelievable.

At Iboga Wellness Center, we do medical screenings, and a doctor [attends] each of our group’s eight-day sessions. At the beginning, we take an EKG to look at the heart, and we ask clients to send us a liver panel/blood test before they arrive so that we can make sure no complications will appear. There are also specific things we screen for, particularly certain pharmaceuticals where there can be a lot of interaction. In my experience if there is anything artificial or synthetic in your body, iboga just flushes it out. In the case of benzodiazepines like Xanax, if those are taken away from people overnight it causes some strange effects, including psychosis. In general we don’t like to take people who are on those drugs; we have them get them off of those first before we expose them to iboga.

You mentioned in a past conversation that you do not consider iboga to be a psychedelic, but rather a visionary tool. Can you describe how you see the distinction between psychedelics and the iboga experience?

My experience with psychedelics goes back about forty years when I was in college and experimented with LSD and mescaline. I would observe distortions in reality under those substances. Iboga is not as cosmic or “groovy” or visually stimulating as those, but what you do see is extremely pertinent to your life. Like a movie reel, you can see the truth about what happened in your life, and what to do about it. It’s about yourself and not really about the cosmos. It’s drawn me to be a lot more truthful, personally. I see the value of that now.

Thanks for talking with us, Gary! 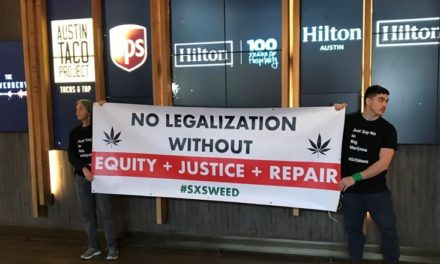 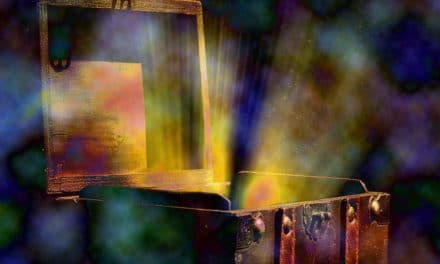