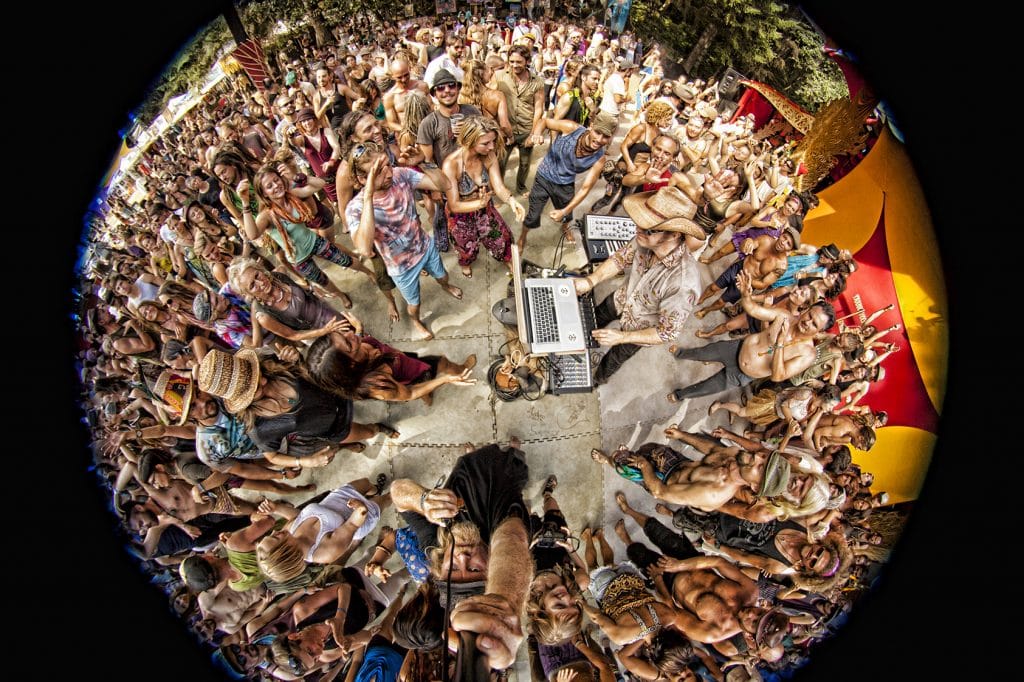 In the 60’s and 70’s it was Orange Sunshine LSD and rock concerts. Youth all over America were having their worldviews expanded and their realities exploded by tuning in, turning on, and dropping out with thousands of others at Woodstock, Grateful Dead shows, and love-ins. In today’s modern psychedelic renaissance, things are different but the same. Ayahuasca is the hip new way to expand your mind, and events like Burning Man, Symbiosis Gathering, and Lightning in a Bottle are providing the space for thousands of people to come together and experience music, freedom of expression, and a sense of communal unity and celebration. These cathartic gatherings are part of what Terence McKenna called the Archaic Revival, an upwelling of the fundamental human desire to experience tribal bonding and ecstatic states of consciousness in order to heal modern social dysfunction and dis-ease. While they share many things in common, what separates the modern transformational movement from that of the 60’s is a larger emphasis on conscious growth, healing, and education, rather than rebellious and hedonistic escapism. Speaking in general terms, it’s more about evolution than revolution.

As with the 1960’s, in today’s festival movement music plays an incredibly important role. Electronic musician Random Rab has been embedded in the transformational music scene from its beginnings, and is widely known for his richly textured instrumentation and legendary sunrise sets. We caught up with Rab recently to discuss his personal experience with ayahuasca and his take on Burning Man, transformational festivals, and the value that they offer in our culture.

You’ve mentioned in the past that ayahuasca was a big influence on your life. Can you speak about that?

Ayahuasca made a huge impact on my life and was probably one of the most significant experiences I’ve had as an artist. It’s impossible to describe the feeling of being connected to God or whatever it is that is beyond the veil; I don’t really know what it is that we’re touching when we go there, but it is incredibly powerful and everyone will have their own experience with it. But beyond that, what affected me the most was the way that it merges our senses into a truly synesthetic feeling, where smell, touch, sound, light, and taste become one. To be able to see sound and touch sound and to feel it in every possible dimension was one of the most powerful experiences I had from it. I realized that music is more than just pressing play and listening to a song- it’s the universe, it’s everything. It helped me to recognize the importance of everything I do within a song, all the different textures, and how to really value all the details and not overlook things. It made me really take it seriously and understand that I am working on something that is big and affects our emotions in ways that we are not conscious of. What we put into it must be taken seriously so that we don’t mess people’s day up. It’s had a massive impact on my life as a creator.

As a musician you are well known for your sunrise sets at music festivals. In traditions like yoga, this time of day is considered to be when spiritual energies are the most auspicious. How did this specialization come about?

It was something I stumbled upon; it wasn’t something that was intentional. When I first started out it wasn’t really a thing- nobody was playing sunrise sets. It was a process of discovery, of staying up later and later, ending up in this place, and realizing that it was an auspicious moment. If you stay up until sunrise, something happens in your brain that creates real sensitivity, vulnerability and hope. We become emotionally raw and much more open to exploring things within ourselves that otherwise get ignored. It’s a very delicate time and I think people can also easily become edgy and turned off by whatever, so it’s important to hold that space for people. I don’t really know why it happens biologically, but it’s very powerful and it seems to work with my music. I don’t really understand it, but I’m going with it.

You have played at many huge music festivals for many years. What is your take on the transformational festival movement? Do you see people transforming, or has it become decadent?

There’s always going to be a layer of hedonism and decadence with any activity that humans do as a group, and there’s no way around that. I don’t necessarily think it’s good or bad, it’s just human nature. I also don’t think that a festival can even be responsible for what people experience. It’s kind of like this organism that comes together, and if people are in alignment with each other in a large group, then miracles and amazing experiences can happen and lives can be transformed.

I do think that in Western society we’ve lost touch with coming together as a culture and having communal experiences that we can all celebrate together. I grew up in Indiana, and sports was pretty much the only thing that we could do as a community, and there’s only so far you can go with that. Plus the competitive nature of it and the “us vs. them” mentality, the way that that all shakes out doesn’t really allow for true transformation. So transformational festivals have kind of become an anchor point for our communities to come together and feel good and celebrate each other, and I think that sense of community and support is something that is very healing. Especially for people who have never experienced something like that before, feeling like you are one with everyone and supported by a community is transformational in itself.

The scene started on the West Coast, and slowly it’s been bubbling out all over the world. Everywhere I go now these festivals are happening, and sometimes they are amazing. Other times they’re dumb, everyone just parties and then it’s over and that’s it. I don’t think there’s any way to guarantee what’s going to happen, but I think it’s worth the effort because when it does work, it’s incredible and one of the most amazing experiences that a person can have. There are always things that we can do better and it’s pretty easy for people to criticize them and say “Oh you’re just going out into the woods and throwing a party.” Yea, it’s low-hanging fruit for criticism, but at the end of the day it is really needed right now in this world of division and competition. Especially with the political climate today we really do need this, and I wish everyone could go. I’d love to see Trump come to a sunrise set.

Would you say the same things about Burning Man, or would you draw any distinctions between music festivals and “the big burn”?

Burning Man in a way is the apex of the transformational festival scene, and I think that has a lot to do with the effort that everyone puts into it. It’s not the kind of festival that you attend and expect everyone to provide for you: you’re expected to participate, and I think that’s the main difference. When you come for your first year, and you say “Next year I’m going to do this and that and build an art car” and then come back and bring all these amazing things, that experience alone is really incredible. I think that’s what makes Burning Man stand out from other festivals.

I also think that one of the big differences between Burning Man and other events is when you walk out into the playa at Burning Man, everything you see is human-made- there’s no vegetation, just a bunch of dirt, and everything else is humanity. When you refine your experience to something so raw and true, what humans are capable of, I think it’s really incredible. To see how different we are from other creatures on the earth, and how what we do is special and unique, and that the human experience is full of amazement. I think it’s great, I love it all, but yea Burning Man is special for sure. 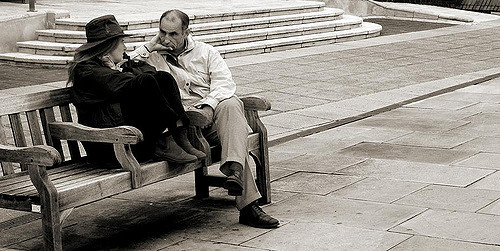