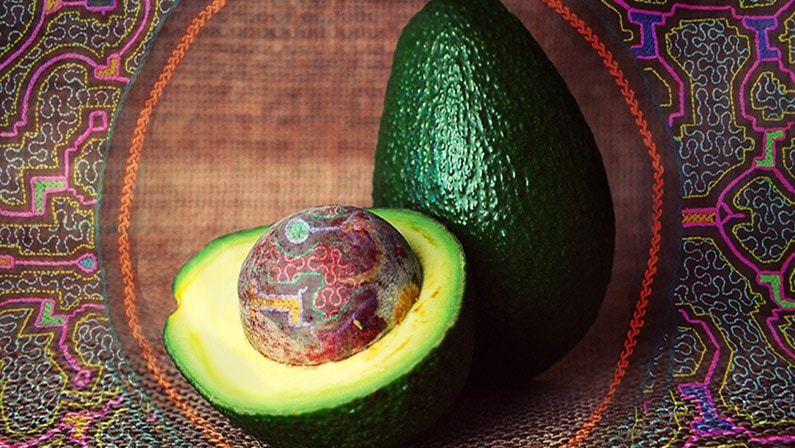 One of the most important conversations we can have around entheogen use is to look at how Western culture’s growing interest interacts with the indigenous cultures and biomes that host these medicines. Much like our approach to the psychedelic experience itself, such a mindful dialogue should focus both on harm reduction and benefit maximization. Firstly, how can we respect indigenous peoples and cause the least harm to their cultures and ecosystem, and secondly, how do we most effectively integrate these powerful plant teachers and their therapeutic potentials in a way that is suited to the Western soul and mind?

To explore these complex and controversial issues, we spoke with Rita Kočárová, psychedelic researcher, founder of the Czech Psychedelic Society, and director of global psychedelic forum Beyond Psychedelics. In this dialogue, Rita shares her insights about cultural appropriation, novel therapeutic modalities, consciousness education, and a reprioritization of local entheogens and traditions.

Thank you so much for speaking with us, Rita. When someone thinks of therapeutic ayahuasca use, they often visualize a traditional shamanic ceremony with a curandero or curandera. As Westerners look for ways to harness the healing power of ayahuasca, should they mimic that model, or do you ever see a use for ayahuasca within a psychotherapeutic context (similar to the protocols of the MDMA for PTSD trials with sitting therapists) rather than a shamanic one?

That’s an interesting question. We are currently living in a radically different culture than the indigenous peoples of Colombia and Peru. I think it’s great to have a traditional experience within their tribes, but I also believe that we are able to develop our own protocols. In my opinion, best is to learn from the huge experience indigenous cultures have and adapt it to our own cultures. What I see as complication of things is that I am often missing that part of learning from those more experienced. I believe it is possible to identify the essence of specific important factors which can have different forms in other cultures. For example, I think most of the people working with psychedelics agree on the importance of music. But there are many kinds of music- we have sacred chants, instruments, or electronic music – all of them have some effect. For example, singing Czech or Slovenian songs in ayahuasca ceremonies feels great for me as a Czech. I really like that because there is more connection with our culture. So, I can imagine using ayahuasca in a similar setting as the MDMA for PTSD trials, also shamans are not always just doing ayahuasca ceremonies for groups of people, and I’ve also had the experience of participating in an individual ayahuasca ceremony. I like the idea of creating new contexts and protocols, more transcultural, reflecting how our society is also more and more intercultural and global. Nowadays we have so many different contexts where and how ayahuasca is used and who is competent to say which is right and which is not? What are the criteria? Once we agree on them, I believe they should be very inclusive so they can cover many different techniques, styles and contexts.

But at the same time I think that we should learn to use our own resources. With the globalization of ayahuasca, there may be problems in the sustainability of the constituent plants, and in the bigger picture I think we should encourage people to “go local” with their entheogenic use. For example the Czech Republic is full of mushrooms, and so are many other countries. With mushrooms there is this wonderful fact that we can’t use them all, and every year they replenish, which solves the big problem nowadays of self-sustainability of the plants. And I don’t know why but I feel it’s good to make this reconnection with the plants from our history and our environment. Yet at the same time, exploring this part of different cultures can also be very enriching.

I believe that also the other way around, we could think of using some aspects of traditional rituals in our modern clinical psychedelic use. What we can learn from the MDMA for PSTD trials is that this model is not really cost effective, paying two therapists to follow one patient for many hours and perhaps multiple sessions. For serious cases that can be the only option, but for people with non-severe disorders or healthy ones, it is maybe not necessary. Even in the 60’s they were experimenting with group therapies; nowadays we have also positive reports from practice in Switzerland. It’s very cost effective because you need just a few supervisors for a big group of people. For example Dr. Milan Hausner was doing group therapy outpatient treatment, and they gave half the patients LSD while the other half were sitting for them. Then the next day, they changed roles. I think it’s great in terms of socio-economical benefits and also great for the patient to see it from the other point of view of sitting. By this more people will be able to help a person undergoing a psychedelic experience, which is good. I think we need to train more sitters- it would be great if as many people as possible knew how to help someone with a psychedelic experience, you never know when you will need this skill.

Overall, I think there can be many different modes and protocols that we can use; there have been many throughout history. In the clinical studies I understand why it should be done in this way, to secure maximum safety and control, but from the wide experience we can also see that we have the potential to use psychedelics in many different ways and many different contexts, and some people could eventually be able to do it alone, when appropriately prepared. Psychonauts who make their own ayahuasca and drink alone or with a friend at home- if it brings something to them and they know how to do it and are not causing harm to them or their environment, I don’t really see a problem with that. I think we need to focus on education about how to deal with psychedelics and non-ordinary states of consciousness. We learn many things in school; we learn how to swim in the swimming pool, but do not learn how to swim in the ocean of consciousness. With things like compulsory meditation practice and other consciousness education tools, I believe there will be not so many harmful consequences. Basically, if we have more people who can swim, less of them will drown. I believe that is a much better regulation model than to ban access to all water spaces. We all know that cars can bring us to the far places, to work, to beautiful vacations, but there are also many car accidents. And because of that we should ban cars? No. The sensible solution is to learn how to drive, require tests, set traffic rules. Treating psychedelics differently is not harm-reduction, but ignorance. 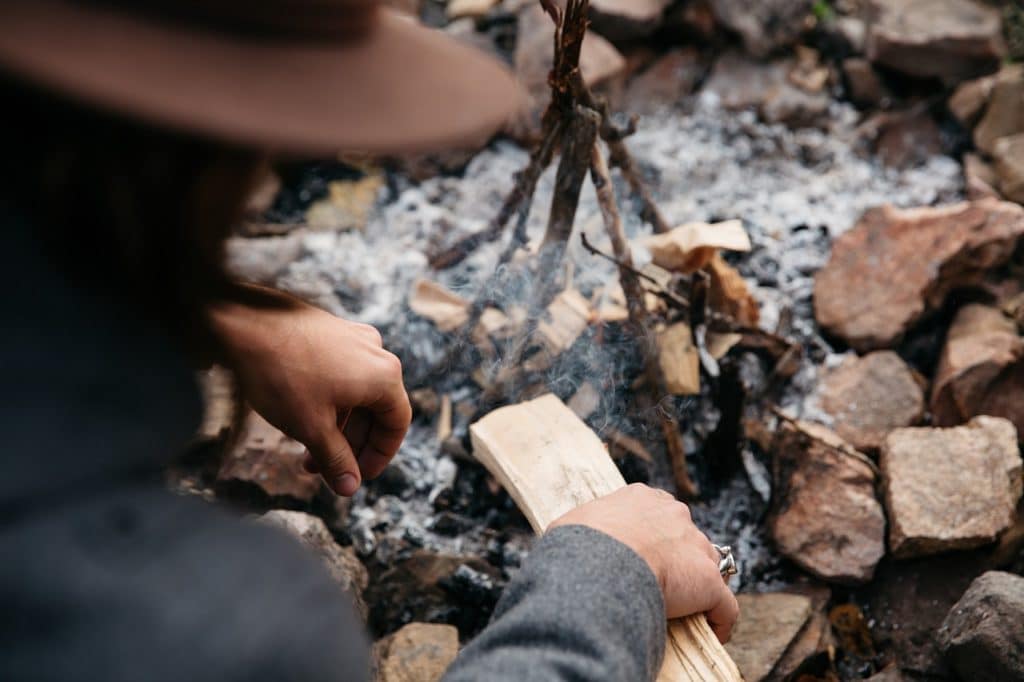 Embracing cultural exchange while honoring traditions, tribal cultures, and ecological sustainability is a delicate subject that requires an open dialogue.

Cultural appropriation is a hot topic these days, and there is a segment of people who outright reject the idea of a Western culture adopting anything from an indigenous culture and using it in its own ways. But I agree with you that there’s nothing inherently wrong in taking ayahuasca outside of traditional Amazon use and using it in a new context. Would you agree that psychedelics throughout the world belong to all humans regardless of the culture that found them, even though as you said, ideally we’d be using our own local entheogens?

Yes, I agree with that. I think it would be the best to have a mutual agreement with tribal people based on mutual benefit and respect. In the same way that we don’t think twice about eating avocados and bananas in Europe, why would psychedelic plants be any different? The concerns I see are issues with sustainability, which is the same with avocados by the way- because of the increasing global demand there is illegal ongoing deforestation going on. Also, ayahuasca tourism is encouraging people from the Amazon to be shamans not because of their lineage but just because it’s a good business. Ayahuasca and avocados are different classes of plants, but we can see it from the perspective of the intercultural sharing which has been common throughout the human history. For example, the oldest traces of possible ayahuasca use thousands of years ago have been found in Chile, where it doesn’t grow, which suggests that it was traded with the people from Amazon. What we definitely need is some system and rational regulation. For sure there are some negative consequences possible in this sharing and tourism, but who can say they are always negative? Everything can bring us something that is beneficial. For example, there are more Westerners coming for ayahausca to the rainforest, but we also know that other factors have a much bigger impact on cutting down the rainforest. And we also already have some evidence suggesting that that psychedelics might increase ecological awareness. I personally know about a few people who drank ayahuasca in South America and then started to raise money to protect the land.  I think it’s about careful ongoing consideration of the risks and benefits of our actions, whether it’s going to a ceremony in the Amazon or outside of it. I think that an important discussion is- “What is best for everyone?” If the indigenous people are not happy with the situation, they should have the opportunity to tell us and we should listen to them and also share our perspectives so we can together look for another way to do it. Global discussion is the key. This is precisely why we hold the Beyond Psychedelics conference. 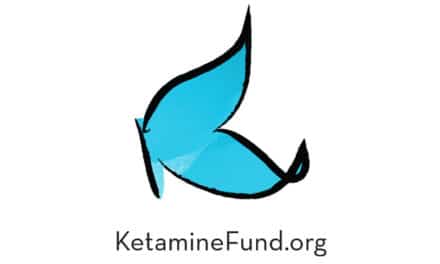 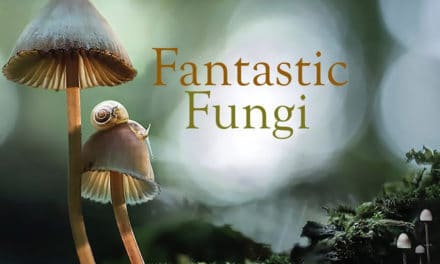 Fantastic Fungi – The Magic Beneath Us: Interview with Filmmaker Louie Schwartzberg